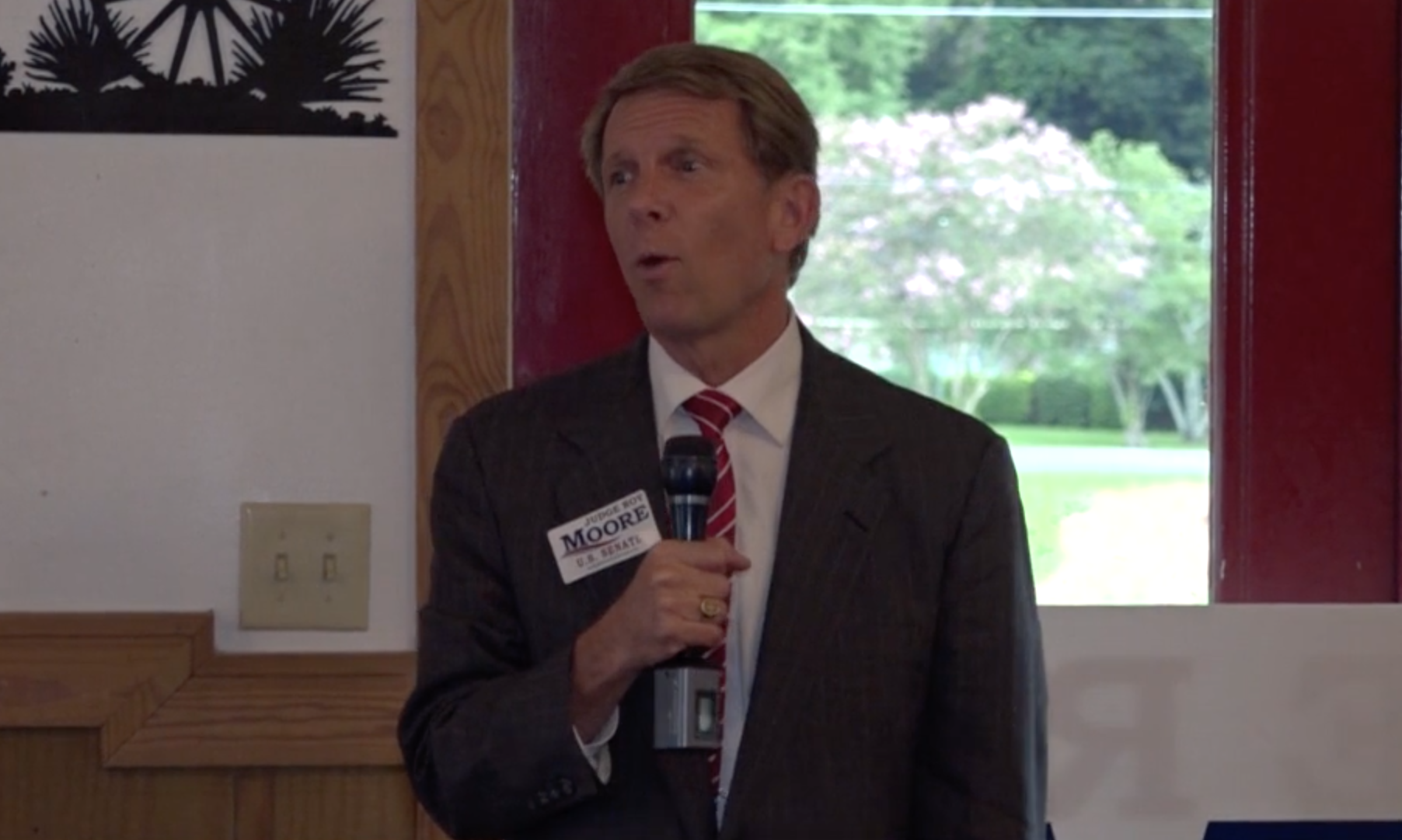 The Rich Hobson Campaign announced that Hobson will formally qualify on Monday to run for the U.S. House of Representatives representing Alabama’s Second Congressional District.  Hobson, a longtime Roy Moore aide, was most recently Moore’s campaign manager.  Hobson formerly was the administrative director of the Alabama Judicial System.

While Hobson is running for Congress, he said that he has no plans spend the rest of his life there.

Hobson has signed the U.S. Term Limits Pledge to co-sponsor and support a constitutional amendment to hold members of the U.S. House to three terms and U.S. Senators to two terms. Hobson announced earlier this month that he is running for the U.S. House in Alabama’s Second Congressional District.

“The American people have had enough of business as usual in Washington,” said Hobson. “We can thank career politicians for our exploding national debt and weakened military, and it is long past time for us to return to the Founders’ ideal of citizen legislators. A constitutional amendment to limit congressional terms is a step in the right direction, and I am proud to sign the pledge.”

U.S. Term Limits is a grassroots advocacy group that is working to establish term limits at all levels of government. Since its founding in the early 1990s, term limits have been placed on 15 state legislatures and in eight of America’s ten largest cities. To impose term limits on Congress however requires an amendment to the U.S. Constitution.

“I’m running because our nation is at a crucial time in history, and I want to make sure that we preserve a safe, prosperous, and moral America for our children and grandchildren,” Hobson said in a statement.

“As we have forgotten our Creator, millions of children have been aborted, our families are being ripped apart, and our children are growing up confused,” said Hobson. “There is a sense that all that America has stood for throughout our history doesn’t matter anymore. But America does matter, and I plan to work hard in this campaign to restore the values that made us great. Just like the Greatest Generation saved our country in World War II, I want to be part of the generation that fights to save our country from those who seek to destroy our values.”

“The only obstacle that stands in America’s way is a fat and burdensome federal government,” Hobson stated. “The tax cuts President Trump recently signed into law are a massive step forward, but that money is not a gift from Congress; it’s our money to start with. We need to re-orient our thinking and make America’s taxes the lowest in the world.”

“We’ve got to secure our borders, and I am fully behind President Trump’s plan to build the wall, but the wall can’t be built overnight and in the meantime, we’ve got to use our military to keep our borders secure,” Hobson said.

Hobson was a U.S. Air Force reservist from 1985 to 1991. He was the administrative director of the Alabama Judicial System from 2001 to 2003, and again from 2013 to 2016. In that capacity, he oversaw a budget of over $180 million for the 2,000 employees and elected officials that make up the state’s court system. He authored the Trial Court Security Plan for all trial courts in Alabama and implemented efficient practices that saved millions of taxpayer dollars, including the Judicial Volunteer Program and the expansion of the State Judicial Information System and Alacourt.com for the Alabama Court System.

Hobson was the administrative director of the Alabama Judicial System while Judge Roy Moore served as chief justice. Most recently, Hobson served as Moore’s campaign manager for the 2017 U.S. Senate special election.

Hobson said that he is running with a committed focus on three key policy areas: rebuilding our military, putting America on a path to permanent prosperity and reminding Americans that our Judeo-Christian values are what made our nation great.

Hobson has also served as the executive director of the Foundation for Moral Law, a nonprofit legal organization that fights for religious liberties across the nation.

He and his wife of 35 years, Susie, live in Montgomery. They attend Lakeview Baptist Church. They are the parents of two married daughters and have a grandson and granddaughter.

In addition to Hobson and Rep. Roby,  State Rep. Barry Moore, R-Enterprise, has qualified for the office.  Tommy Amason has announced that is also running for the seat.