A bill passed unanimously out of an Alabama Senate committee Tuesday would block state funding from being used to pay for sexual harassment or assault claims against state employees and public officials.

If the bill passes, those officials would have to pay out of their own wallets to settle any sexual harassment, misconduct or assault claims.

The Senate Committee on Governmental Affairs approved Sen. Bill Hightower’s bill Tuesday 8 to 0. Hightower’s bill would prohibit the Alabama Board of Adjustment from using state funds to cover such settlements or payments involving any state official — from agency and department employees to legislators and on up to the governor.

The bill heads to the Senate floor.

“I want the perpetrator, the person in violation of our sexual harassment, I want them to bear the weight of it not the state,” Hightower said. “Hopefully this will provide even more incentive for good behavior. Our officials should be held to the highest standard.”

Hightower, who is running as a Republican for governor, said the state shouldn’t use taxpayer money if, for example, Rebekah Mason were to file a sexual misconduct claim against former Gov. Robert Bentley, who resigned last year after being confronted with allegations of an affair with Mason.

That should be on Bentley, Hightower told the committee.

“She would go after Bentley, and the state wouldn’t be liable for that because his actions were outside of the function of his role and wrong,” Hightower said. “It’s an attempt to stop the misuse of taxpayer dollars and make sure the burden of bad actions fall upon the bad actor.”

The move comes after the #MeToo movement began rapidly exposing sexual misconduct allegations against individuals in the realms of government, media and Hollywood. Dozens of high-profile public figures have resigned, and reports last year showed that the U.S. Congress has paid more than $170,000 in taxpayer money from 2008 to 2012 to settle sexual harassment and discrimination claims against members of the U.S. House of Representatives.

In total, the Congressional Office of Compliance has paid out more than $17.2 million over the past two decades to settle 268 workplace disputes against individuals on Capitol Hill, according to records released by the Office of Compliance, though it isn’t clear how many of them were sexual misconduct cases.

The U.S. House has since voted to require that members pay their own costs for any sexual misconduct claims.

“We learned that federal tax dollars were being used to intervene in situations where government officials had been bad actors,” Hightower said. “My constituents weren’t pleased about that. I just don’t want that same thing to happen here in Alabama.”

Hightower said the incidents in Washington and his constituents’ outrage prompted him to propose the bill, but it isn’t known if and how much the state has paid out in sexual harassment or assault claims in recent years.

The Alabama Political Reporter has requested records from the Alabama Division of Risk Management covering sexual harassment or assault claims filed against state employees and officials. The division has not yet responded to the request.

Sen. Arthur Orr, R-Decatur, who said he was concerned some public officials might not have the money to defend fake or “trumped-up” claims against them if the state didn’t help, asked Hightower to consider an amendment offering some support for officials if they’re adjudicated in a court of law.

“If you have a false claim like that and you go to trial and you are successful, maybe you could be indemnified for your defense costs by the state,” Orr said, though he voted to approve the bill.

“The mere fact that you’re an officeholder could cause you problems,” Orr said. 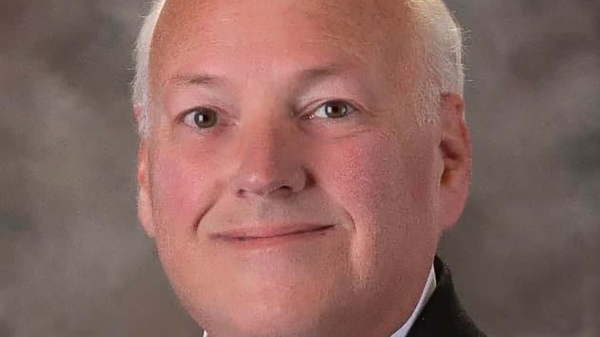