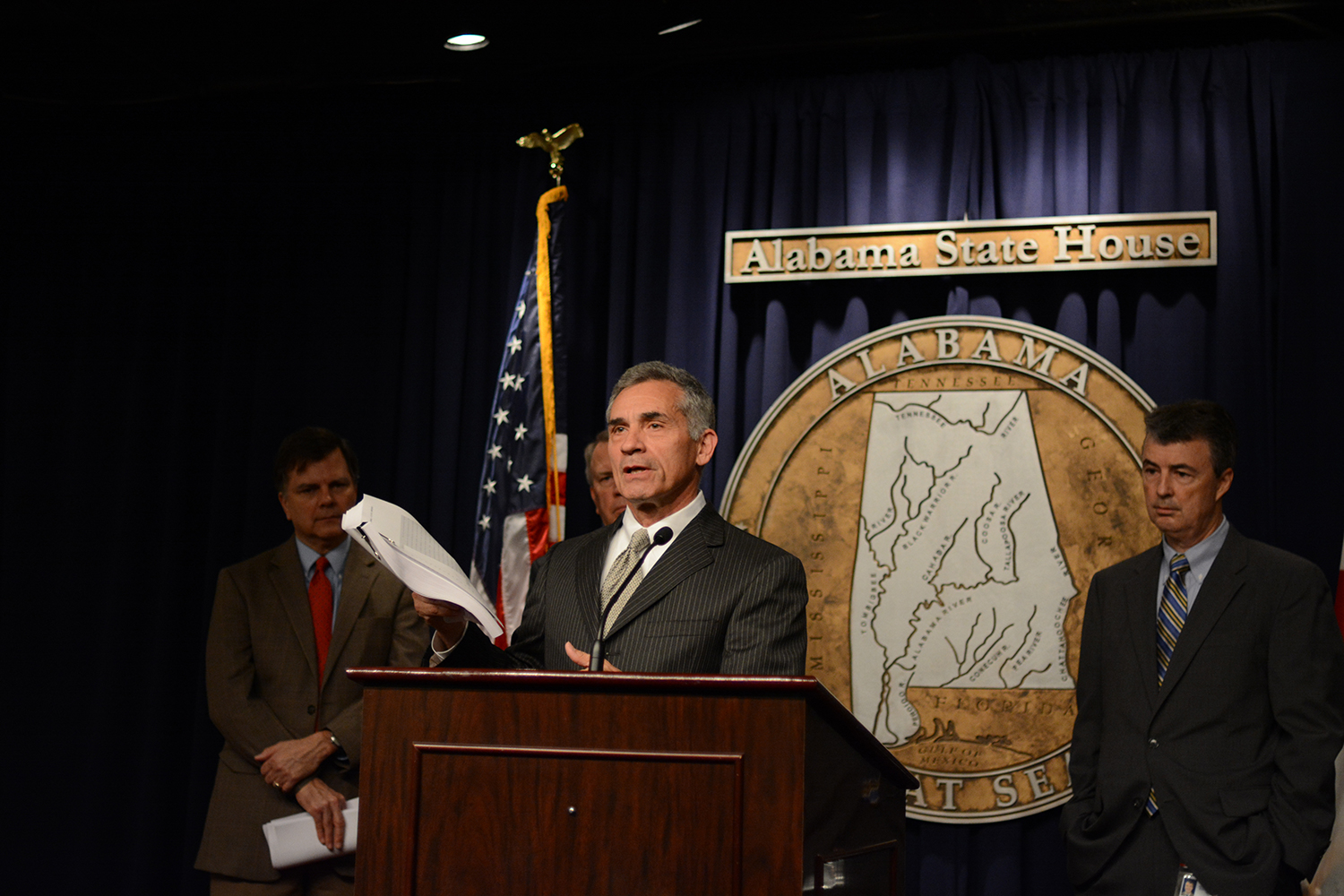 A wide-ranging rewrite of Alabama’s ethics law proposed last week is expected to remain on hold this session as lawmakers and a new commission made up of legislators and state officials review the potential changes.

The proposal has long been in the works and dates back several years to the days when Luther Strange still occupied the Attorney General’s Office. With only a few weeks left in a shorter legislative session, it was unlikely the legislation would make it out this session. Marsh said Tuesday that he proposed the bill this session to establish a working baseline ahead of next year’s legislative session when he expects the legislation to move.

“We’ve had some problems, and we’re trying to get those straightened out,” Marsh said. “We also realize this ethics law not only affects more than 140 legislators but over 50,000 people in this state in this state that also deal with the ethics laws.”

A resolution sponsored by Sen. Arthur Orr in the Senate will set up an Ethics Reform and Clarification Commission responsible for reviewing the proposal. The commission will be made up of six House and Senate members, a representative from the governor’s office, the attorney general or deputy attorney general and more than a dozen other law enforcement and state officials. The commission, which Albritton will chair, will be directed to gather recommendations to be submitted before the next legislative session.

“Because of the size of the document and the point we are in the session, we’re going to read this very carefully and thoroughly over the next several months and deal with it in 2019,” Marsh said. “When we finish studying, we’re going to be able to take that document and it be a strong piece of ethics reform.”

APR covered some of the proposed changes last week.

The proposed ethics law addresses many questions that arose during the prosecution of for former House Speaker Mike Hubbard, who in 2016 was convicted on 12 felony ethics charges. Hubbard himself had pushed a wide-ranging ethics reform package in 2010 during his first special session with the speaker’s gavel in hand.

Many of the changes are definitional. The dense law provides a more specific definition of a principal that includes any person or business that directs the activities of lobbyists, clarifying that not all members of a board or business that employs lobbyists are considered a principal. The definitions of “thing of value” and “conflict of interest” would also be updated.

Teachers, coaches, police officers, firefighters and other first responders are explicitly exempted from that portion of the ethics law in this proposal and from the requirement to file a statement of economic interest.

Other changes include a bumping up the limit on the cost of meals, food and beverages that principals or lobbyists can provide a public official or lawmaker covered under the ethics law. That limit would be increased from $25 per occasion to $50 per occasion, which was the standard before the ethics reforms in 2010.

Marshall said Thursday that the changes are intended to clarify, tighten and strengthen the ethics laws.

“For two years, we’ve been working on what I think is a very complicated issue,” Marshall said. “If you’re going to be subject to the laws, you need to understand what specifically the requirements of the law are and the applications of the law to that particular conduct.”

The bill makes clear that campaign contributions cannot be converted to personal use and requires more detailed disclosures by lawmakers on their annual statements of economic interest. The proposed changes in this arena come as dozens of lawmakers face subpoenas for suspect campaign finance practices — most of which involve lawmakers failing to itemize costs charged to credit cards.

“There’s a broad spectrum of changes, all of which we think will bring greater transparency to the system,” Marshall said.

The resolution establishing the commission passed the Senate Thursday and is awaiting action in the House. Once established, Albritton will co-chair the commission with Marshall or the chief deputy attorney general.

“It deserves all the questions to be asked to make sure we are covering everything,” Marsh said.