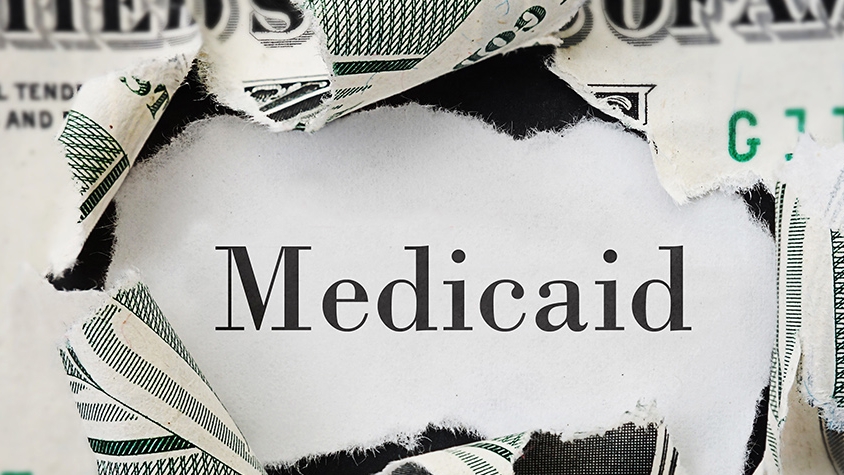 We are awful people.

It’s time we face facts. Alabama has more than its share of terrible, selfish, greedy jackasses who would step on the heads of drowning puppies if it meant earning an extra nickel. And a good chunk of the rest of this place is too dumb to know that the first group is using their ignorance and fear to achieve that nickel.

Maybe that’s harsh. You’ll have to forgive me, but I’m angry today. And I’m embarrassed of and for the people of this state — the people who never hesitate to proclaim their good Christian ways.

The Alabama Medicaid Agency has decided to impose a work requirement on its recipients.

That work requirement will be a death sentence for some in this state.

It is one of the most heartless, ill-conceived, unnecessary and downright evil things that has ever been done in this state. And I don’t use those words without considering the history of Alabama.

I considered that history when I started this column.

And it’s time we owned up to our actions. We suck as people.

Oh, we love to pretend that we’re good, God-fearing, Christian people who are full of southern hospitality and warmth.

We are what Jesus Christ despised. We are scared of anyone different, never missing an opportunity to shun. We pass judgment long before we’ve heard the evidence. We lack basic compassion for anyone struggling.

And God help us, we never miss an opportunity to kick someone when they’re down.

Alabama’s social programs, such as its food stamp and Medicaid programs, have been whittled to the absolute bone and have some of the absolute lowest payouts in the country. Just last week, a national study found that Alabama’s food stamp program wouldn’t cover the costs of a basic meal — a really, really cheap basic meal.

And the Medicaid program is worse.

To qualify, an adult in a family of three must earn less than $3,000 per YEAR.

That’s why the recipients are mostly children, the elderly and the disabled. And one other group: the people who care for them.

That’s the mother driving her disabled kid from doctor to doctor. That’s the son or daughter who has quit their job to care for an ailing parent.

There are about 70,000 of them in this state. They are dead damn broke and so we pay for their health care.

But now, because we’re a state run by awful people, like Sen. Arthur Orr (who originally proposed a bill calling for these requirements), Gov. Kay Ivey, who touted this ignorant move as soon as the ignorant Trump administration made it available, and Stephanie Azar, the head of Medicaid, we want to impose a means to kick them off the rolls.

They should be ashamed.

But they’re not, and we all know it.

After all, we could’ve solved this problem for free five years ago by expanding Medicaid. But these same lawmakers were busy using opposition to the black president as a re-election tool, which was far more important than actually providing care to poor people.

And then Azar, with her pal Robert Bentley, wasted millions of dollars attempting to implement a Medicaid expansion work-around known as Regional Care Organizations. APR also reported on more than $40 million Azar’s agency wasted on CARES, including blowing over $500,000 on office furniture.

And now, the solution to all of that waste and abuse is: take health care from poor mothers.

Make no mistake about it, it doesn’t achieve some lofty goal of rooting out fraud or pushing deadbeats to work. All this does is force a mother who has sacrificed her entire life to care for a sick kid or two off the Medicaid rolls.

And it forces her off even if she gets a part-time job. Because she couldn’t possibly meet the work requirements and remain under the $3,000 threshold.

Rest assured: this will kill people.

So, it’s time to face facts, Alabama. We’ve talked a good game, thumped a lot of Bibles, took great pride in pretending to be good and decent people.

But there was this guy who once said: “Let us not love with words or speech, but with actions.”

And our actions — for this and for dozens of other hateful, awful, nauseating acts — say we’re truly awful people.