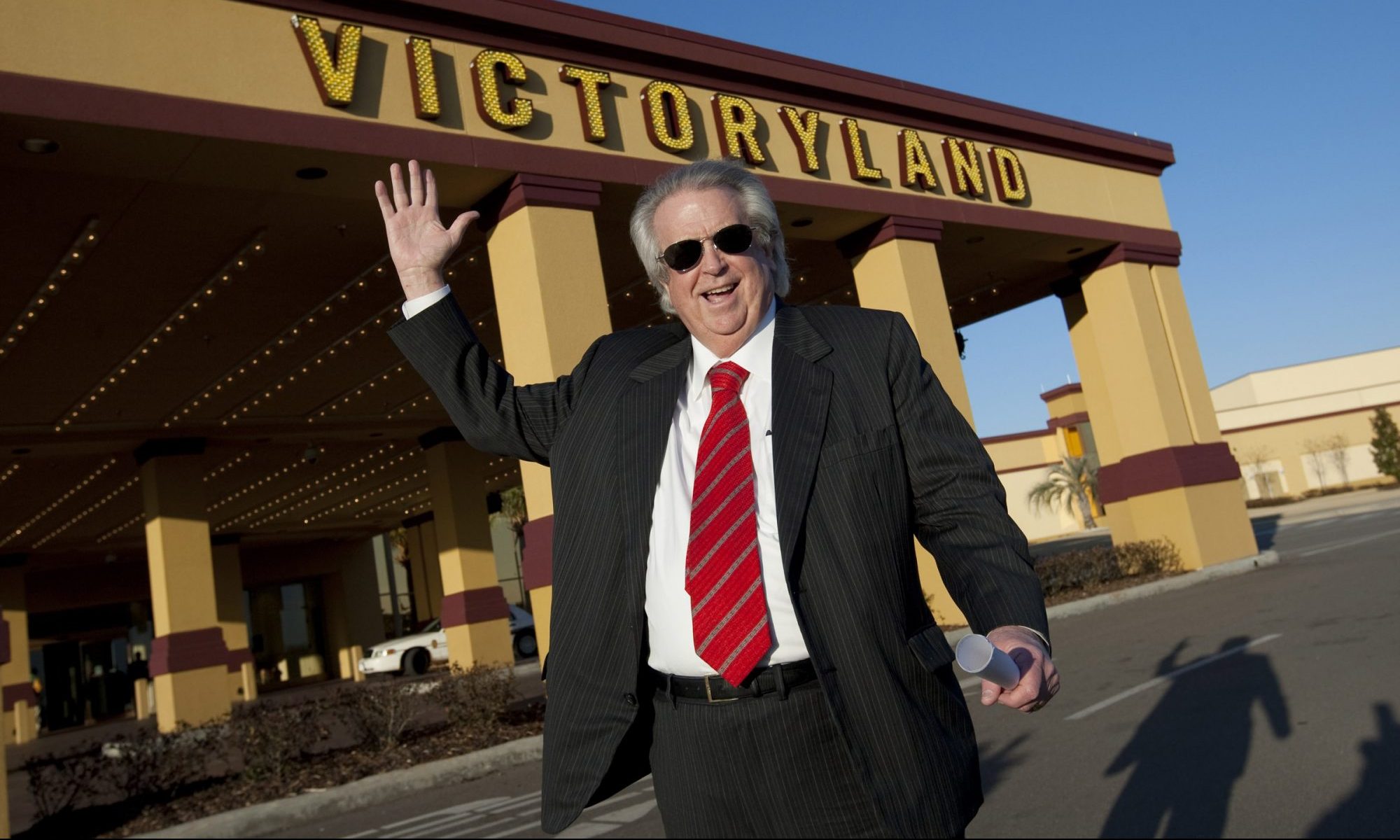 In a March 5, 2010 file photo, VictoryLand owner Milton McGregor is pictured at the casino in Shorter, Ala. McGregor, owner of Alabama's largest casino, along with four state senators and several top lobbyists have been indicted on federal charges accusing them of vote buying on a bill to legalize electronic bingo. The indictment was released Monday, Oct. 4, 2010. (AP Photo/Dave Martin, File)

In what is truly a rags to riches story, McGregor’s legacy will be felt for generations as his business and political endeavors have shaped in Alabama for over two decades.

As news of his passing became widely known on Sunday morning, hundreds of phone calls, text messages and emails flooded APR‘s staff as Republicans and Democrats reached out to express their shock and regrets at McGregor’s death.

Born on May 7, 1939, in Hartford, Alabama, during the Great Depression, McGregor never forgot his humble roots or the spirit of giving instilled in him from an early age.

McGregor’s parents, Walter Scott McGregor and Johnnie Doris Day, owned the Palace Market, a grocery store and meat market in Hartford where, as a young boy, he worked making deliveries. His father died when McGregor was eight-years-old, leaving his mother to operate the business and raise Milton and his brother.

“She taught me to be honest, work hard, and always do the right thing; and if you made a commitment to somebody to always fulfill that commitment,” McGregor recalled in his his biography. “She had a strong religious belief and she made sure we did the right thing. She was a fine mother and a fine person. I admired her very much. We were friends, buddies.”

After graduating from Geneva County High School in 1957, McGregor enrolled in business school at Troy State University in 1957, but his stay at Troy was cut short when he was drafted into the United States Army where he served in the 25th infantry Division in Oahu, Hawaii, completing his initial tour of duty in 1960.

Returning to Alabama, McGregor attended Auburn University’s business school until 1961 when he was called back to active duty by President Kennedy due to the Berlin Crisis. He was stationed in the Mojave Desert at Fort lrwin, California, for the final year of his military service in 1962.

In the mid and late 1960s, he worked in Huntsville for Brown Engineering and Boeing.

After his mother became seriously ill in 1968, McGregor left Boeing, moving back to Hartford to care for his mother and handle family business.

At age 29, Milton was overseeing the family business and working as a supply superintendent with Northrop Aircraft in Fort Rucker. While at Fort Rucker, Milton had several business ventures, including McGregor Amusement Company, a video game business. Beginning in 1981, Happy Tymes video arcades in Enterprise, Dothan and Ozark had placed video machines in businesses throughout south Alabama and northwest Florida.

McGregor’s dream of expanding his business success into the area of dog track racing became a reality when in August 1983, Macon County citizens voted by a two to one margin to pass a racing bill to help revive the underfunded county and its school system.

According to his official bio, in 1990, horse racing was failing for the second time at the Birmingham Race Course. McGregor bought the horse racing track from AmSouth Bank on January 1, 1992, for $19 million. After garnering legislative approval in November of 1992, Milton spent $9.6 million in construction to make the Birmingham Race Course the first track in the United States to offer both horse and greyhound racing—one of only two in the world.

With his acute business acumen in 2009, McGregor opened the largest pari-mutuel and Class II charity bingo facility in the world in Shorter, Alabama. Also, he built the area’s only 300 room world-class hotel offering luxurious accommodations and a signature steakhouse.

All of the investments by McGregor brought significant benefits to the State of Alabama and Macon County when VictoryLand became the largest employer in Macon County and the most substantial payer of sales tax, occupational tax, lodging tax and pari-mutuel tax.

Many of those benefits to the state and county dried up when a former governor launched an ill-conceived “war on gambling” in the state, resulting in VictoryLand — the same business that the same governor had honored for its success and contributions to Alabama citizens the year before — being closed and nearly 2,500 employees being unemployed.

McGregor fought tooth and nail against the government for the past several years, fending off trumped-up bribery charges in a federal trial in which he was acquitted. He also fought what he called “the illegal closing of VictoryLand,” successfully challenging the state’s raid of his casino, only to have the state supreme court overturn the decision.

But that didn’t stop McGregor, either. Over the course of the last three years, McGregor has slowly worked to reopen his casino. It’s much smaller than before, but VictoryLand once again operates electronic bingo machines today, with the blessing of the local sheriff.

In his personal life, no matter his business troubles, McGregor never changed. He remained an upbeat, caring and generous man, devoting thousands each year to local charities, helping countless friends and working his flip phone day and night.

Josh Moon contributed to this report.

Ivey's office said a gas shortage hasn't reached Alabama, and the pipelines should be back online by the end of the week.