Monday, March 26, Congressman Bradley Byrne, R-Montrose, called on the Senate to pass his bill, the Save Local Business Act.

“Given the recent developments at the National Labor Relations Board (NLRB) and the failure to include joint employer provisions in the omnibus funding bill, it is more important than ever that the Senate act to give much-needed certainty to small business owners and employees across the country,” Byrne said. “Without Congressional action, studies show that economic growth will be held hostage and jobs in communities from Oregon to Alabama are at risk. This is an issue where bipartisan support exists, and it is critical the Senate join the House in passing the Save Local Business Act.”

The Save Local Business Act, H.R. 3441, amends the National Labor Relations Act and the Fair Labor Standards Act to restore the commonsense definition of what it means to be an employer. The legislation clarifies that two or more employers must have “actual, direct, and immediate” control over employees to be considered joint employers.

Byrne said that hiring, work schedules, pay increases. These are all decisions that take place between an employer and an employee. However, in 2015, the National Labor Relations Board (NLRB) placed itself squarely in the middle of the employer-employee relationship, changing it in a way that hurt working families and small businesses but empowered union interests. This prompted a similar expansion of the joint employer standard under the Fair Labor Standards Act (FLSA).

Byrne said that the Obama administration and the NLRB discarded settled labor policy and blurred the lines of responsibility for decisions affecting the daily operations of local businesses across the country. Two or more employers can be considered joint employers for making a business agreement that “indirectly” or “potentially” impacts their employees’ day-to-day responsibilities and working environment.

Byrne warned that this expanded standard threatens the freedom of independent business owners, discourages larger companies from contracting with smaller companies, and makes it harder for entrepreneurs to achieve the American Dream of owning a small business. According to the American Action Forum, the joint employer scheme could result in 1.7 million fewer jobs.

“In the end, we may be forced out of business altogether, and that would harm not only our business but our community and the economy of our nation.” said Mara Fortin owner of Nothing Bundt Cakes in California.

Labor organizers oppose Byrne’s bill because they claim that the franchisee/franchisor relationship is designed to make it harder for workers to organize and by treating each franchisee as a separate employer, versus everybody who works in a McDonalds for example, makes collective bargaining more difficult.

Byrne is the chairman of the House Workforce Protections Subcommittee. He represents Alabama’s 1st Congressional District.

It could take days or even weeks to learn the outcome. Amazon plants across the country are watching. 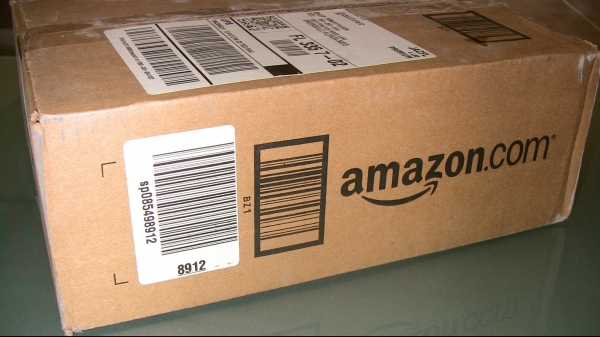 Ballots could begin being mailed out to workers on Feb. 8, with the vote count to happen by March 30.