We’ve all heard about how important it is to recruit out-of-state businesses to Alabama. As Governor, that will be a top priority of mine. That said, I’ll never forget a comment from a Birmingham CEO as we met in his boardroom.  He said that every month, sitting around that table, he and his colleagues joke about moving to Georgia so that Alabama would come with incentives and open arms to recruit them.

It’s important to remember that when we bring in a new company from out of state our incentives are based on giving away free taxes. In other words, these new companies are coming here to bring jobs, but paying little to no taxes. Here’s the takeaway: we can do all of the recruiting that we want, but if we’re not making Alabama a sweet home for the businesses or would-be entrepreneurs that are already here—which pay Alabama taxes—we aren’t doing our job!

I’ve crisscrossed the state for decades and I haven’t met one business owner who wants more paperwork or regulations. No one starts a business thinking about hiring an accountant and a lawyer or adding a government oversight agency to the speed dial. We start businesses because we have a dream, a vision, an opportunity, and a desire to fulfill needs in society and serve the people around us.

In Alabama, it’s not taxes that I hear business owners complaining about. It’s regulations, occupational licensing fees, and ever-changing bureaucratic requirements that are nickel-and-diming our businesses away, creating too much paperwork, and causing unneeded stress. In fact, the Institute for Justice found that Alabama is ranked 47th in the nation in terms of having the most burdensome licensing laws and it doesn’t take much digging to find that we’re regulating entrepreneurs and business owners to death—across the board—and inconsistently.

I’m proposing a Cut the Tape Initiative. We will establish an independent council to vet boards, agencies, regulations, and statutes. Business owners can freely bring complaints about fees, regulations, statutes, or inconsistencies that stymie their productivity to the council. The council will then work with the board or agency in question, the Legislative Council, the legislature itself, and the Office of the Governor to roll back all that’s unnecessary.

Under President Trump, the economy is growing, we’re creating jobs on our soil, and this is no time to settle for less than the best. Alabama can have a booming economy and we’re going to do it by getting government out of the way and unleashing the power of a freer market so that big industries, small business owners, and would-be entrepreneurs can fulfill their dreams of making Alabama a better place!

Scott Dawson is a Birmingham-area evangelist. He is a candidate for the Republican nomination for governor. 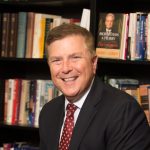 The program provides mortgages to predominately minority low-to-moderate income homebuyers who otherwise might not have the opportunity to become a homeowner.