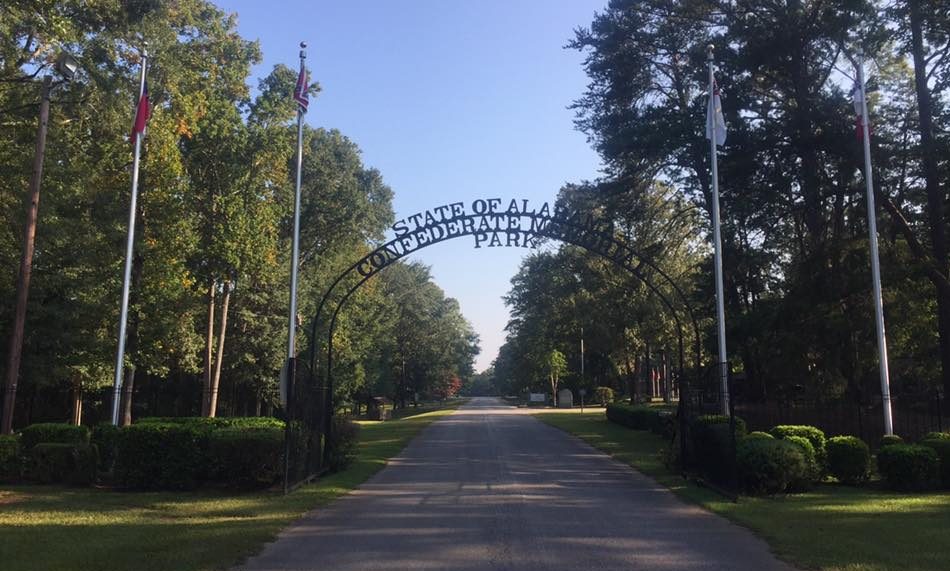 Monday, April 23, 2018, is Confederate Memorial Day. State offices are closed in remembrance of the soldiers and sailors who died defending the Confederate States of America (C.S.A.) during the Civil War of 1861 to 1865. Federal government offices, as well as most banks and schools, will be open.

The Alabama Division United Daughters of the Confederacy is hosting their annual Confederate Memorial Day event on the Capitol grounds. The keynote speaker will be Dr. Harry Reeder. A musical performance by Bobby Horton is also part of the festivities. Over five cannons will be firing. Attendees may announce the name and unit of one Confederate ancestor in the Confederate roll call. Admission to the event is free.

Governor Lewis E. Parsons estimated that 122,000 served in the Confederate military and that 35,000 of those died in the war. The next year Governor Robert M. Patton estimated that 20,000 veterans had returned home permanently disabled, and there were 20,000 widows and 60,000 orphans.

Alabama Governor Kay Ivey (R) has made her support for the protection of memorials like the Confederate Veterans Monument on the Capitol grounds a campaign issue with a new ad campaign promoting the 2017 Memorial Protection Act this week. Senate Bill 60 has already passed the Senate and has received a favorable report from the House State Government Committee.

The Faith in Action group will then hold a similar event in Huntsville at 12:00 noon at the Department of Human Resources, 2206 Oakwood Ave NW, Huntsville.

On Friday, April 27 from 9:00 am – 1:00 pm, students (and the public) will experience “up close and personal” outdoor living history demonstrations performed by authentically uniformed & equipped Union and Confederate reenactors.

Friday and Saturday’s Civil War living history demonstrations and activities will include: infantry drill & firing, cavalry horses & equipment, artillery firing, commissary and Wagon, soldier’s equipment, uniforms, music, flags, and civilian life. There will be an opportunity for students to learn and participate in infantry drills.

Admission to all outdoor activities is free, but a.dmission is charged to visit the museum. Schools can visit the state-of-the-art CMP museum at the group admission rate of $2.00 per person – limited to ten groups on Friday (contact museum for reservations). No reservations necessary on Saturday; Special Saturday reduced museum admission $2 per person.

On Saturday, April 28 from 10:00 am – 1:00 pm, visitors will experience more “up close and personal” outdoor living history demonstrations as well as a Civil War Skirmish at 1:00 pm.

For more information, museum reservations, souvenir purchases, or other details contact the Park at 205-755-1990 or [email protected]

The park also offers free self-guided tours of the site of Alabama’s only Home for Confederate veterans including two cemeteries where 298 veterans rest along with 15 veteran’s wives and widows. The site showcases a nature trail which combines an Alabama “Treasure Forest” with features from the Soldiers’ Home.

The Confederate Memorial Park is a 102-acre historic property of the Alabama Historical Commission and is located at 437 Co Rd 63, Marbury, AL 36051.

The bill will now go to President Joe Biden’s desk to be signed into law.