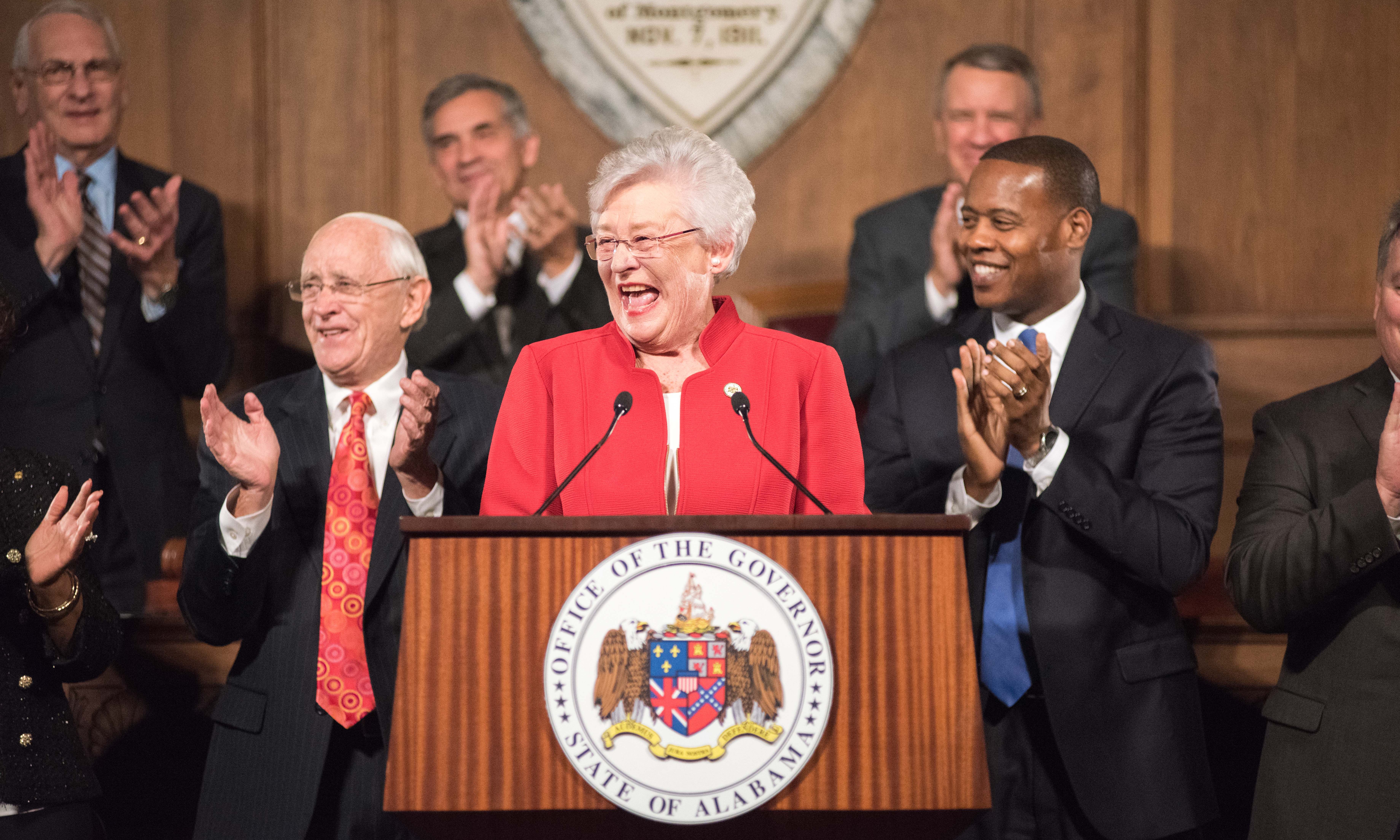 A few minutes before 8 on Wednesday evening, an urgent press release from Gov. Kay Ivey hit my email inbox.

Before blacking out from the unstoppable stupidity of such an email, a realization hit me.

It’s that awful time of year in which everyday corrupt, indifferent, generally awful Alabama politicians ratchet it up a notch and try to out-conservative each other because it’s an election year and there’s campaign funds to raise.

And so, here was Kay Ivey — or more likely, some senior staff member, since it was after 5 — forcing some poor media relations person to work late churning out complete nonsense about an issue — a Mobile teacher being told to take off a “Just Pray” t-shirt — that is, at best, Facebook famous for this current 15 minutes.

Forget, of course, that Alabama has thousands — literally, thousands! — of more important and pressing problems that could be addressed. Forget that the issue of teachers wearing religious clothing has long since been decided by federal courts and the U.S. Supreme Court, and our pandering governor stomping her feet makes not even one iota of difference.

Alabama’s governor is now officially quoted in a late-night press release referencing George freakin’ Washington to justify her phony outrage over a t-shirt.

And no, I’m not making that up.

In her statement, Ivey talked about Washington praying, and said that religious beliefs are “not lost once one enters the schoolhouse door.”

Because this whole thing really isn’t that hard.

Public school is religion-neutral, for the most part. (You know, except for the Christian prayers before and after pretty much every event that occurs at an Alabama public school.)

Students are free to pray at any point in the day. They can wear clothing with Bible verses and religious statements. They can gather for group prayer, so long as the classroom is not disrupted. They can organize groups and advertise those groups. Teachers can participate with the students, as long as they don’t lead the groups.

None of which sounds like losing your religious beliefs.

Because Christian parents don’t want their Christian children being “indoctrinated” by a Muslim teacher. And right back at the Christians from the Muslim parents. And repeat for all other religions.

So, to stop the endless, stupid bickering, the courts have generally decided that schools will be religion-free zones.

Your kids spend roughly eight hours per day there five days per week. The other 128 hours every week, parents are free to cram all the religion they can into those growing minds.

Kay Ivey knows this, but she’s banking on Alabama voters being too stupid or too emotional to understand it. She’s betting they’ll see it as “Christian persecution.” She’s betting that they aren’t smart enough to understand the absolute genius of our founders, like Washington, resisting their urges to give their favored religions preferred status, and how that decision has kept us mostly safe for 200 years.

Instead of pushing for his Christianity to be the official religion of America, Washington, a champion of religious freedom, wrote a letter to a Jewish congregation assuring them of their rights in this new country: “For happily, the Government of the United States, which gives to bigotry no sanction, to persecution no assistance, requires only that those who live under its protection should demean themselves as good citizens, in giving it on all occasions their effectual support.”

But then, he didn’t have to out-pander other conservatives to win a governor’s race in Alabama.