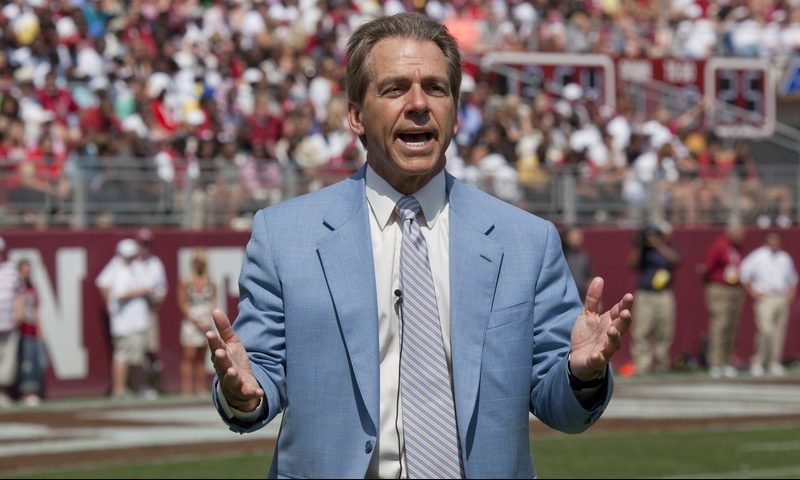 Wednesday it was announced that Nick Saban will serve as the state honorary chairman of the fourth annual NAMIWalks fundraiser.

May is Mental Health Awareness Month.

On September 22, the National Alliance on Mental Illness of Alabama will conduct the fourth NAMIWalks Alabama fundraiser. This year’s event will be at the Wynton Blount Cultural Park in Montgomery.

“The purpose of the 5K fundraiser is to support the education (including Crisis Intervention Team trainings, advocacy, and support programs of NAMI Alabama,” DeMonia said.

Saban is the head football coach at the University of Alabama. Saban and the Alabama Crimson Tide are the defending National Champions in college football.

With 60,000 deaths last from drug overdoses, 42,000 deaths from suicides, over 17,000 murders, plus an estimated 88,000 deaths a year that trace to alcoholism, America has mental issues that are shortening lives and decreasing productivity.