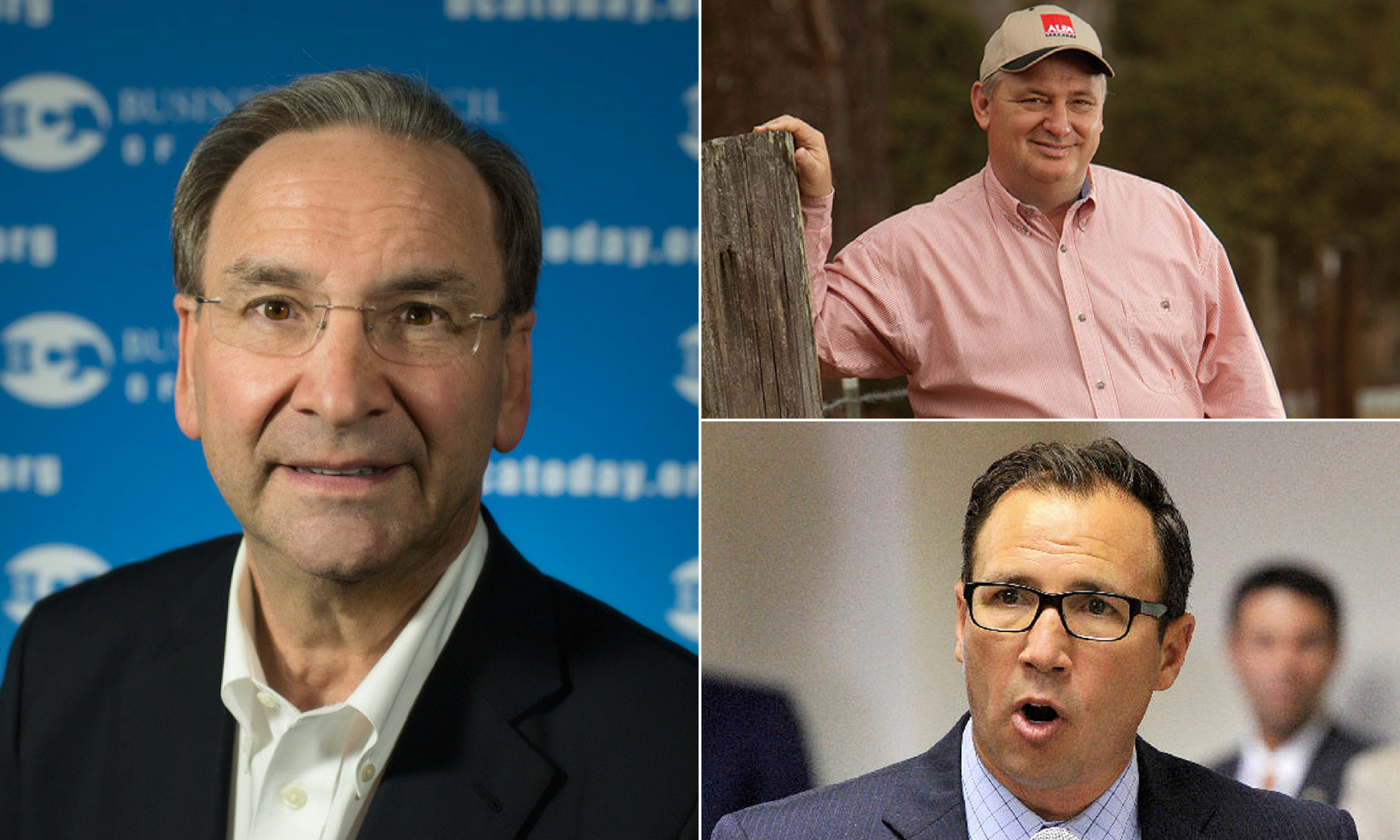 In the era of the #MeToo movement, it should be shocking that the Business Council of Alabama, the Alabama Farmers Federation and the Poarch Band of Creek Indians are supporting men for statewide office who have either protected sexual predators or are themselves accused spouse abusers.

The popular novel, “The Girl with the Dragon Tattoo,” was originally titled “Men Who Hate Women.” Written by Swedish author Stieg Larsson, it chronicles how powerful men use the levers of government, establishment-institutions and cronyism to rob women of their humanity in the most degrading acts of defilement imaginable.

It would seem here in Alabama that some at BCA, ALFA and PCI are taking a page out of  Larsson’s book by offering misogynistic candidates covered under a veneer of their company’s respected logos.

Hand-picked by ALFA’s President Parnell, with financial support from Canary and McGee, Agriculture and Industry candidate Rick Pate, according to court records, abused his wife so severely that the court ordered that he not enter the marital home because his wife feared for her life.

“The Wife avers that the Husband has committed actual violence to her person and from his manner and conduct toward her, she is reasonably convinced that he will commit further violence upon her person, intended with danger to her life and health,” the record said.

In a handwritten note provided to the Alabama Political Reporter, the former Mrs. Pate recanted her sworn testimony saying she and her first husband now have an excellent relationship.

However, at the time of their divorce, the court granted her request of, “a restraining order strictly enjoining and restraining,” her Husband from “entering the resident premises…assaulting, threatening, or intimidating,” her.

BCA-backed candidate Attorney General Steve Marshall used the power of his office to protect a man who, according to court records, sexually assaulted a co-worker in an act that a U.S. district judge described as “horrific.”

After woman’s “horrific” sexual assault, what did Steve Marshall do?

Instead of firing the accused sexual assailant, Marshall sought to isolate and punish the victim before defending the perpetrator in court.

In the victim’s own words, she recounted the attack in court saying, “He had me pinned with my back against the wall … I kept saying stop, stop, get off me, stop. Stop it. He was trying to put his mouth on me. I could still feel his hot breath on my neck. I felt like I absolutely was going to die. I couldn’t move him because he was so heavy. He kept pushing his hands — he had one hand on my breast underneath the top part of my bra. I could feel his fingers on my nipples. The other hand, again, I could feel he was at the top of my pubic area. And I knew I had to stop him.”

Marshall did nothing to protect his female employee. In fact, he moved her to a basement office where she feared another attack.

Pate wants to represent the state’s largest industry here at home and abroad. Marshall is to be the state’s top lawyer defending the state and prosecuting its worst criminals, yet when women were involved, neither Pate or Marshall could be counted on to protect them, according to court documents.

That ALFA, BCA, and PCI would support such candidates with personal endorsements, and large sums of money are not lost on some members of the Republican Party. In a letter given to APR by a member of the Alabama Federation of Republican Women, it pleas with other women to, “Let’s prevent another black eye on our state and our party.” It further states,”In order for us to prove that we do care about our members and share their conservative family values; we must reconsider our support of Rick Pate or be forced to defend our support of him. If not, our lack of action once we became aware of his history of violence towards women will be our downfall.”

Did Canary, Parnell and McGee not vet Marshall or Pate? Did they simply not care that both men have a history of neglecting or abusing women?

What does it say about the female members of BCA, ALFA and PCI when their organization supports men who protect molesters and abusers?

The #MeToo movement is sweeping our nation, but in Alabama, Canary, Parnell and McGee using the force of BCA, ALFA and PCI are sweeping  misogyny under the rug.