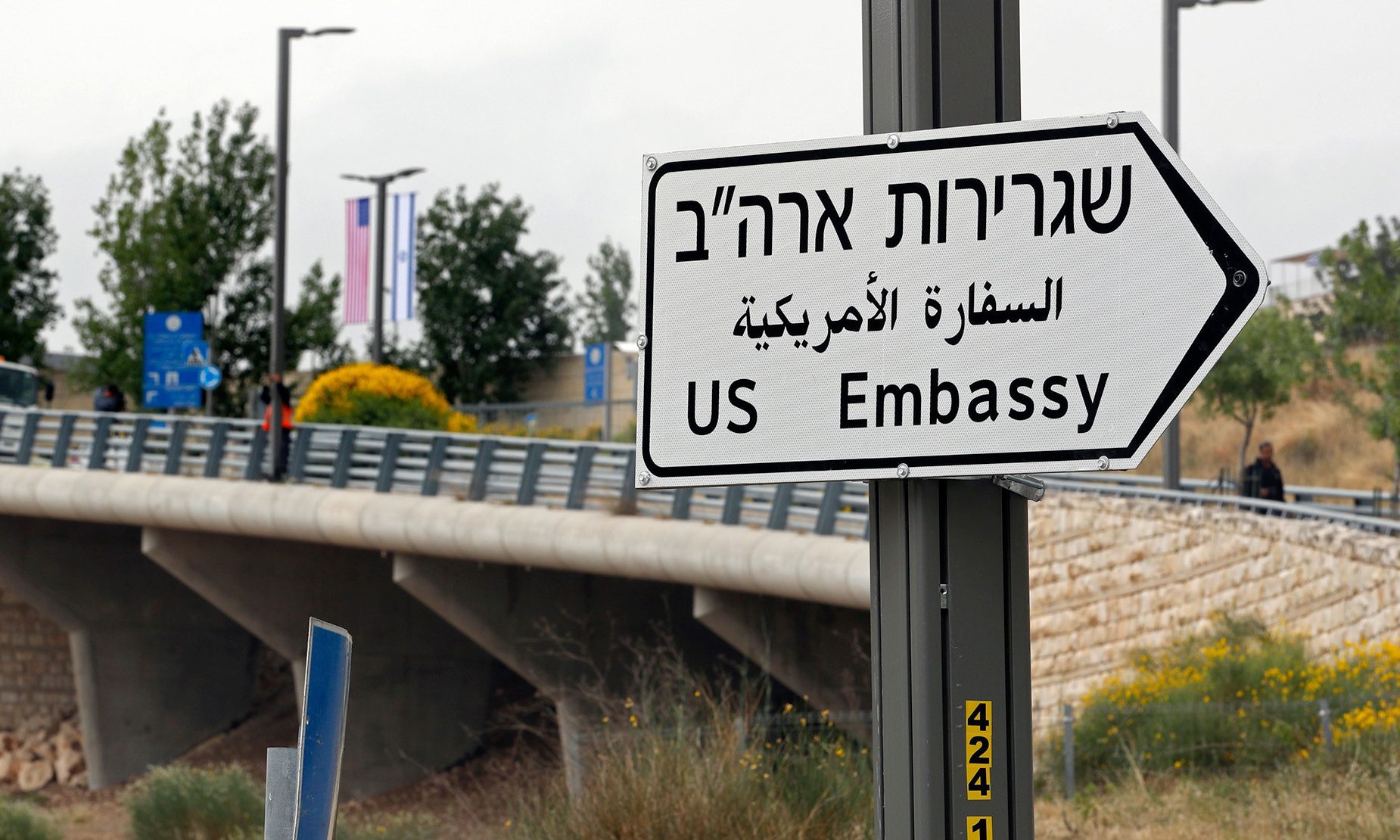 Monday, the U.S. formally recognized Jerusalem as the capital of Israel by opening the new embassy in the “Holy City.”

“It was so good to have my wife Ann with me at the White House today to watch the opening of the U.S. Embassy in Jerusalem via satellite,” said Congressman Gary Palmer, R-Hoover. “This opening makes the U.S. the first nation to recognize Jerusalem as the capital of Israel.”

“With today’s embassy opening the United States finally acknowledged what has been true for seventy years, Jerusalem is the capital of Israel,” said Congressman Mo Brooks, R-Huntsville. “America’s longstanding policy has been to locate embassies in the host nation’s capital city and Israel should be no different. I strongly support President Trump’s decision and congratulate him on accomplishing what decades of presidents before him failed to accomplish.”

“What a historic day for the United States and our great ally Israel!,” Congresswoman Martha Roby, R-Montgomery, said. “I am proud that the U.S. Embassy has officially opened in Jerusalem, and I look forward to years of continued friendship between our nations.”

“It is a historic day for the strong bond between the United States and Israel as we officially move the U.S. embassy to Jerusalem,” said Congressman Bradley Byrne, R-Montrose. “Israel is a beacon of light in a very dangerous part of the world, and we must continue to support and stand with them.”

The ceremony to open the new embassy was attended by President Trump’s daughter Ivanka and her husband Jared Kushner (who is Jewish) as well as U.S. Treasury Secretary Steven Mnuchin, U.S. Ambassador David Friedman and Trump’s Middle East envoy Jason Greenblatt along with about 700 guests, including members of Congress and representatives of organizations with close ties to Israel. Senior Israeli officials were also in attendance.

“Today is a historic moment when on the 70th anniversary of the re-establishment of Israel, the U.S. Embassy opens in Jerusalem,” said President of Christians in Defense of Israel Mat Staver. “The timing could not be more appropriate to open the embassy at the 70th anniversary of the founding of the modern state of Israel. We celebrate with the Jewish people for this long-awaited event.” Staver is also the Founder and Chairman of Liberty Counsel.

“Jerusalem is the eternal capital of the Jewish people – and the world is beginning to recognize this fact. Thank you, POTUS,” said the Mayor of Jerusalem Nir Barkat.

“In a long overdue move, we have moved our embassy to Jerusalem,” said U.S. Senate Minority Leader Chuck Schumer, D-New York. “Every nation should have the right to choose its capital. I sponsored legislation to do this two decades ago, and I applaud President Trump for doing it.”

As those people celebrated the move, many around the world did not. In Gaza, the Hamas regime organized mass protests where thousands participated. Hundreds of Palestinians in Gaza attempted to storm the border into Israel. The New York Times is reporting that at least 50 Palestinians were killed by the Israeli Army.

Israel withdrew from Gaza in 2005, including forcibly evicting Jewish settlers there, allowing the Palestinians to self-govern there under the Fatah controlled government.

In 2007, Fatah was overthrown by the more militant group, Hamas. Any hope of a negotiated Middle East peace between the Israelis and Palestinians effectively ended at the point. Hamas controls Gaza. Fatah governs the Palestinian controlled portion of the West Bank, which does not share a border with Gaza, while Jewish settlers continue to expand their presence in the West Bank and Jerusalem. Both Israel and Palestine claim Jerusalem as their capital.

The moving of the embassy to Jerusalem is another campaign promise completed by Donald Trump.

Former McCarthy staffer: Brooks “cheering on” from inside the Capitol on Jan. 6

The former top aide to the House minority leader said he witnessed Brooks cheer from inside a secure location during the deadly attack.