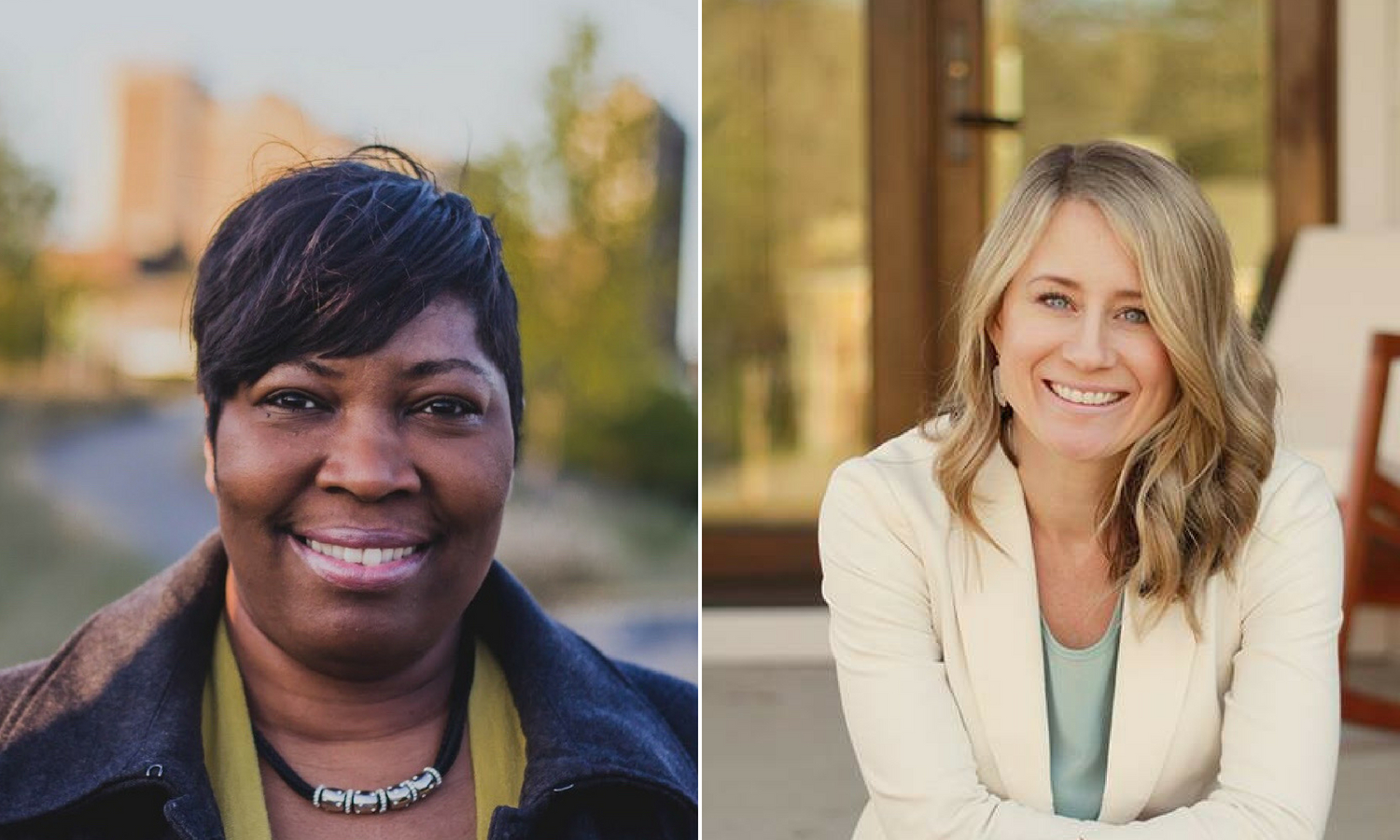 Cara McClure and Kari Powell, both from Birmingham, went in together to kick off their campaigns for Place 1 and Place 2 on the PSC at Clubhouse on Highland in Birmingham Tuesday.

Powell is a small-business woman in Birmingham who assisted her husband in the launch of his dental practice. A freelance graphic designer, Powell is active in social justice initiatives and volunteers with children with developmental disabilities at the Bell Center for Early Intervention Programs.

McClure, who was born and raised in Birmingham, is a network marketer and has been an active member of a number of social justice organizations including Stand as One, Faith in Action, Greater Birmingham Ministries, Black Lives Matter and Arise.

“The Public Service Commission is an important agency, whose purpose is to serve the public’s interest in assuring safe, reliable and fairly priced utilities,” McClure said. “Its actions (and inactions) clearly and directly affect all of us. We deserve transparency and equitable service regardless of socio-economic status.”

The Public Services Commission — a panel that regulates Alabama’s utility companies — is made up of two commissioners and a president. Republicans have full control of the commission today, but Powell and McClure note that Democrats could take two-thirds of the reins if they win.

The PSC has often been labeled “the most influential government body that most people have never heard of.” The commission can regulate Alabama Power’s utility rates, for example.

Powell and Coleman say that the PSC has the ability to influence energy sources and can push for more clean energy utilization.

“I want to tear down the barriers currently upheld by the PSC, in order to allow solar to thrive in Alabama,” Powell said. “We must remove the solar tariff, which penalizes individuals who choose to install rooftop solar. Instead, we should award tax credits to those who wish to be on the forefront of utilizing this clean energy source.”

Overall, both women said they want to lower the average consumer’s bill.

“We all rely on utilities to keep our households and businesses running,” Powell said. “But so many of our citizens struggle financially, having to choose between keeping the lights on and putting food on the table. We should not be paying more than what is equitable.”