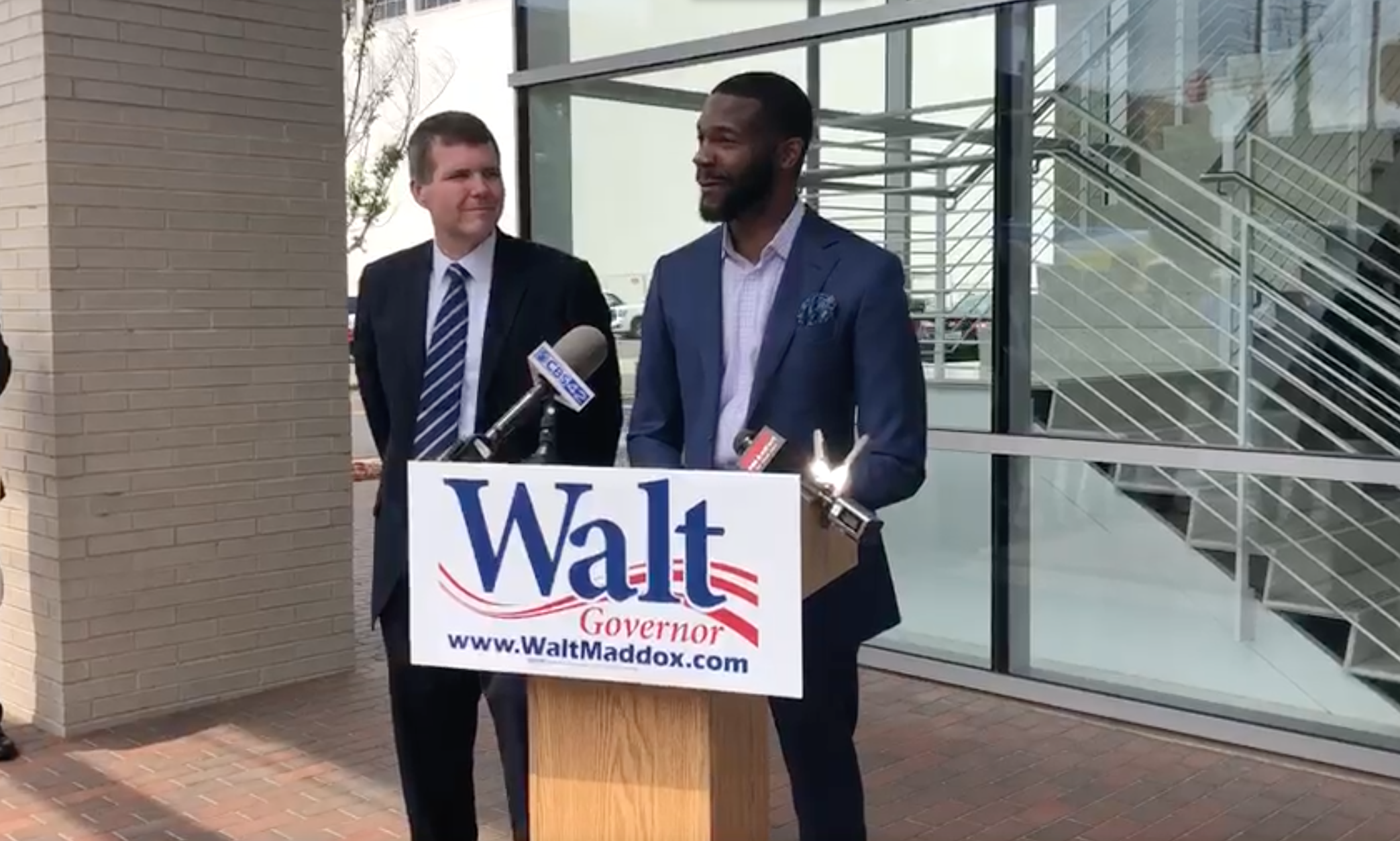 Birmingham Mayor Randall Woodfin on Thursday announced that he was endorsing Tuscaloosa Mayor  Walt Maddox for governor at a joint news conference in Birmingham.

“It’s my great honor to stand here with a proven leader, Walt Maddox. I have watched in the last decade as Walt has helped transform Tuscaloosa,” Woodfin said. “By pulling together folks from all walks of life as they created a new shared vision for their community. Walt’s ability to convince people to work together – Black and White, rich and poor, Democrat and Republican – has inspired how I now seek to lead Birmingham into a brand new era of excellence. Unfortunately, way too often, we as Alabamians have simply settled for what has always been…. From Mobile to Muscle Shoals, from Dothan to Decatur, from Woodlawn to West End, Alabama we deserve better. Earlier, I said it is my great honor to stand beside a proven leader. Now, I’d like to say it is my great privilege to offer my endorsement and my support to Walt Maddox and his campaign for Governor of the great state of Alabama.”

The announcement was made at Birmingham’s Intermodal Transit Station on Morris Avenue.

There, long-distance Greyhound buses, the city’s local transit buses, and the Amtrak railroad all come together in one facility, which cost over $30 million. No state Department of Transportation were used in the building of the Intermodal Transit Station.

Maddox said that Alabama is the only state that does not spend any of its state transportation dollars are transit, and that needs to change.

Reporters asked Woodfin why he endorsed now instead of waiting until after the primaries.

Woodfin said that when he was running for office he promised that he would not be afraid to take a stand and that is what he is doing.

Maddox said that the state needs to move beyond talking about mountain oysters and Confederate Memorials.