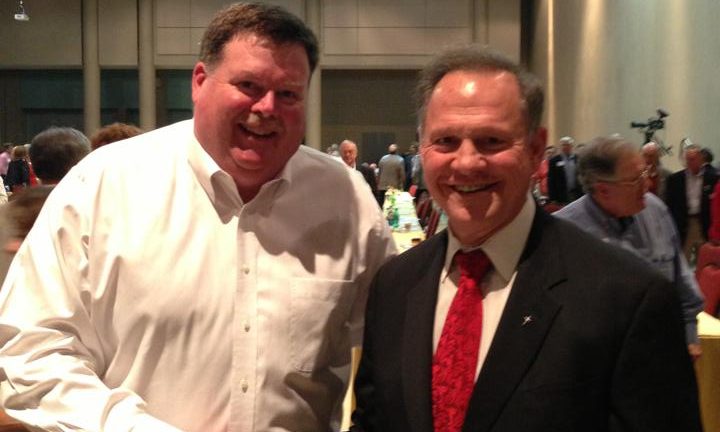 Roy Moore, a former U.S. Senate GOP candidate, endorsed Tim Sprayberry for an open state senate seat, which is vacant because incumbent Sen. Gerald Dial is not seeking another term.

Moore said in a letter that, “This is to recommend for your consideration Tim Sprayberry for the vacant seat in Senate District 13 in the upcoming election.”

“Tim has been a friend and loyal supporter for many years who believes, as I do, in lower taxes, smaller government, and individual liberties guaranteed by the Constitution of the United States and the Alabama Constitution,” Moore wrote. “Tim Sprayberry is a man of faith and integrity who will not bow to the pressures of special interest, and who will uphold our right to keep and bear arms and worship God according to the dictates of our conscience. He has promised to repeal burdensome regulations, support term limits, and uphold states rights guaranteed by the 10th Amendment to the United States Constitution.”

“Tim is committed to the right to life, and the preservation of marriage as between one man and one woman,” Moore added. “He will be a strong voice in the Alabama Senate not only for the people of District 13, but also for every citizen of this State who wants responsible government under reliable leadership.”
“Tim Sprayberry will be an outstanding senator who will represent us well, a man worthy of your sincere consideration,” Moore concluded.

Sprayberry is running for state Alabama Senate District 13 in east Alabama. Sprayberry narrowly lost a primary election to incumbent Dial in 2014. Sprayberry supports term limits. Sprayberry is an Auburn graduate, a former member of law enforcement, and a former Chairman of the Cleburne County Republican Party.

He was twice elected to be the Chief Justice of the Alabama Supreme Court. The first time he was removed for defending a Ten Commandments monument in the State Supreme Court Building. The second time he was suspended for the rest of his term because he refused to order the probate judges to give marriage licenses to same-sex couples.

The major party primaries are on June 5.

The two Senate bills now travel to the House for consideration.