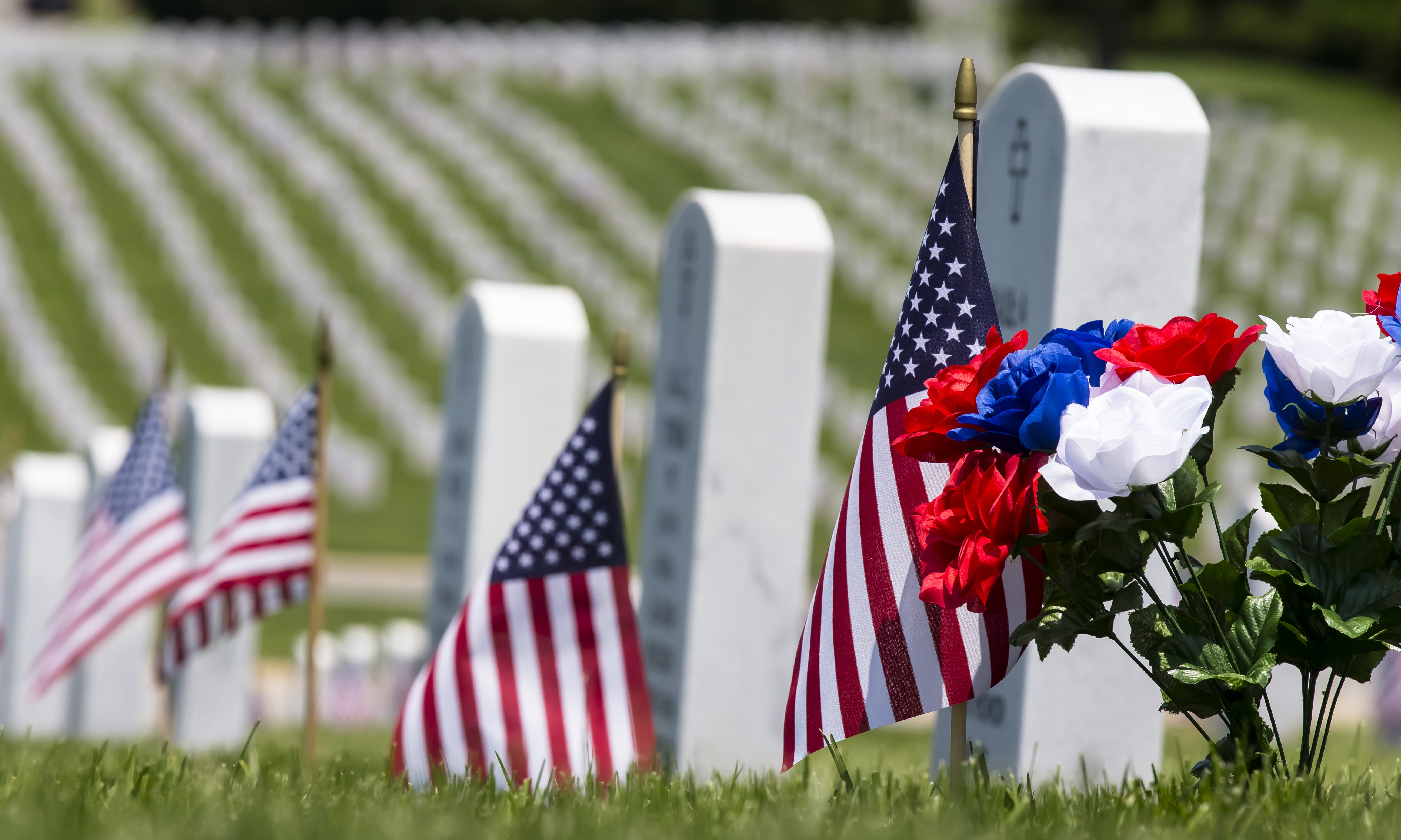 Memorial Day each year is where the United States remembers the over one million Americans who have died defending this country from its enemies over the last two and a half centuries.

Memorial Day began immediately after the Civil War when families, of both sides, who had lost loved ones would set aside a day to lay flowers on the graves of their fallen. Many towns and communities set aside their own day to honor their fallen Civil War loved ones. It was then known as Decoration Day.

On May 30, 1868, a ceremony was held at Arlington cemetery attended by both Ulysses S. Grant and James A. Garfield, who would both become presidents, in which the graves of both Northerners and Southerners were decorated.

Garfield said in his address at Arlington, “I am oppressed with a sense of the impropriety of uttering words on this occasion. If silence is ever golden, it must be here beside the graves of fifteen thousand men, whose lives were more significant than speech, and whose death was a poem, the music of which can never be sung. With words we make promises, plight faith, praise virtue. Promises may not be kept; plighted faith may be broken; and vaunted virtue be only the cunning mask of vice. We do not know one promise these men made, one pledge they gave, one word they spoke; but we do know they summed up and perfected, by one supreme act, the highest virtues of men and citizens. For love of country they accepted death, and thus resolved all doubts, and made immortal their patriotism and their virtue. For the noblest man that lives, there still remains a conflict. He must still withstand the assaults of time and fortune, must still be assailed with temptations, before which lofty natures have fallen; but with these the conflict ended, the victory was won, when death stamped on them the great seal of heroic character, and closed a record which years can never blot.”

An effort was made to make May 30 the nationally recognized day.

Over 150,000 Americans, from both the North and the South, were killed in World War I. After WWI May 30 became nationally recognized as the day that all Americans who have died from the Revolution to the present are remembered and honored.

In 1971, Memorial Day was made an official federal holiday and was moved to the last Monday in May so federal workers could have a three day weekend.

Federal and state offices will all be closed today. As will all courthouses, post offices, and most banks, schools, and many private offices and businesses.

Many Americans observe Memorial Day by visiting cemeteries or memorials, holding family gatherings and participating in parades. Unofficially, it also marks the beginning of the summer season and many Alabamians will be at the beach or the lake today.

President Donald Trump called for Memorial Day 2018 to be a day of prayer for permanent peace. His full statement is included below:

“On Memorial Day, we pause in solemn gratitude to pay tribute to the brave patriots who laid down their lives defending peace and freedom while in military service to our great Nation. We set aside this day to honor their sacrifice and to remind all Americans of the tremendous price of our precious liberty.

Throughout the history of our Republic, courageous Americans have purchased our cherished freedom with their lives. Our 151 national cemeteries serve as the final resting place for millions of people, including veterans from every war and conflict, many of whom died while serving our country. We remain duty bound to honor those who made the ultimate sacrifice on our behalf and to remember them with thankfulness and unwavering pride. The fallen — our treasured loved ones, friends, neighbors, and fellow citizens — deserve nothing less from a grateful Nation.

We must safeguard the legacies of our service members so that our children and our grandchildren will understand the sacrifices of our Armed Forces. As a part of this effort, the Department of Veterans Affairs (VA) is working to keep the memories of our fallen heroes from ever fading away. The National Cemetery Administration’s Veterans Legacy Program challenges our youth, from elementary school through college, to research and share the stories and sacrifice of their hometown veterans, who are forever honored at VA National, State, and tribal veterans cemeteries. To further ensure that our veterans’ legacies are remembered and celebrated, this program is developing an online memorialization platform that will amplify the voices of families, survivors, and Gold Star parents and spouses as they honor our beloved veterans and fallen service members.

Today, and every day, we revere those who have died in noble service to our country. I call upon all Americans to remember the selfless service members who have been laid to rest in flag-draped coffins and their families who have suffered the greatest loss. The sacrifices of our hallowed dead demand our Nation’s highest honor and deepest gratitude. On this day, let us also unite in prayer for lasting peace in our troubled world so that future generations will enjoy the blessings of liberty and independence.

In honor and recognition of all of our fallen heroes, the Congress, by a joint resolution approved May 11, 1950, as amended (36 U.S.C. 116), has requested the President issue a proclamation calling on the people of the United States to observe each Memorial Day as a day of prayer for permanent peace and designating a period on that day when the people of the United States might unite in prayer. The Congress, by Public Law 106-579, has also designated 3:00 p.m. local time on that day as a time for all Americans to observe, in their own way, the National Moment of Remembrance.

NOW, THEREFORE, I, DONALD J. TRUMP, President of the United States of America, do hereby proclaim Memorial Day, May 28, 2018, as a day of prayer for permanent peace, and I designate the hour beginning in each locality at 11:00 a.m. of that day as a time when people might unite in prayer.

I further ask all Americans to observe the National Moment of Remembrance beginning at 3:00 p.m. local time on Memorial Day.

IN WITNESS WHEREOF, I have hereunto set my hand this twenty-fifth day of May, in the year of our Lord two thousand eighteen, and of the Independence of the United States of America the two hundred and forty-second.”