According to the Montgomery Advertiser, Mackey told business leaders and the Chamber of Commerce that unless changes on the board were made, accreditation would surely be lost. And with that lost accreditation would come serious repercussions, such as MPS graduates being unable to attend colleges outside of the state and — here’s the biggie — being unable to qualify for federal student aid.

“LAMP, BTW, Jeff Davis, Lee. All them together,” Mackey said, according to the Advertiser. “None of the students — and this is a piece of information I picked up just this morning — but none of the students, whether they went to an Alabama public school or not, would be eligible to apply for federal financial aid. … I don’t think I need to say anymore to tell you what devastating effect this would have on our high schools and our community.”

It would be devastating.

If any of that were true.

Fortunately, none of it is. Because most colleges long ago recognized the fickle and often politically-driven process of accreditation. And they decided not to punish students for circumstances outside of their control.

As the president of Harvard University explained to U.S. News and World Report a few years ago, college acceptance mainly hinges on criteria that doesn’t consider the accreditation of a student’s high school. (And in a time of growing home schooling, that seems reasonable.)

If you’re scoring at home, that means Mackey was right about exactly zero things. Or he was being intentionally dishonest to mislead the business leaders gathered before him.

I’m honestly not sure which is worse. Or how a state superintendent could be so wrong.

I tried to ask Mackey where he got his information but state offices were closed on Monday to honor the birthday of traitor to the country Jefferson Davis. Life in Alabama ….

This is the latest detestable attempt to drum up a panic among voters and convince them that the only way to save Montgomery’s public school system is to vote out all of the existing board members. There have also been nasty flyers sent out about some candidates, and over the weekend, there was a new website devoted to bashing a candidate.

All of this is being pushed by the Montgomery mayor, the BCA and other business leaders who are hellbent on installing charter schools in Montgomery as a means to convince rich people to move back into the city and send their kids to school there.

This is the extent of their plan.

If you doubt this, ask anyone, including the candidates who have been endorsed by the #boottheboard backed PAC, for specifics on how they plan to fix Montgomery’s public education system. What you will most likely hear is an answer so pollyannish it would make a grade schooler roll their eyes.

And that’s why this is a movement that should be squashed on Tuesday at the polls.

Look, I’m not telling you to vote for the incumbents. All I’m saying is don’t believe that simply voting out people will solve anything. It’s lazy. And lazy won’t fix MPS’ deep rooted issues.

If you doubt that, consider the last 18 months or so of state intervention into MPS. The state was going to roll in and clean this joint up. Heads were gonna roll. Student achievement was going to skyrocket. All of MPS would be efficient and bluebirds would land on kids’ shoulders as they walked to school.

Except, small problem: Once the state intervention teams got started in MPS, they discovered that the schools weren’t failing and the system struggling because there wasn’t enough try in the teachers and principals. Hell, the state gave the principals a raise, and to date, not one has been fired.

Instead, the state’s biggest accomplishments have been: selling off a historic landmark school and returning $1.4 million of MPS’ money that it accidentally sent to Pike Road.

Through two different state superintendents (and now a third), the takeover has been an unmitigated disaster that, to date, has failed to improve the classroom experience of a single MPS student.

And there’s a reason why: MPS’ problems are hard to solve without a bunch of money and a clear and concise plan.

If there is ever any hope of MPS serving all students, there must be a clear plan that incorporates specialized charter schools and funding increases and technical programs and capital improvements and better overall resources. Because Montgomery has unique problems — problems that have grown over decades because of indifference, racism and poor parental guidance — that have to be considered and addressed.

If you don’t, there’s no point. You’ll simply be placing new board members in front of the same problems, and they’ll be just as incapable of solving them.

And if you’re not careful, you’ll wind up worse off.

Drone racing is moving to Protective Stadium from Barber Motorsports Park, and the track speed skating competition is moving to the Powell Steam Plant. 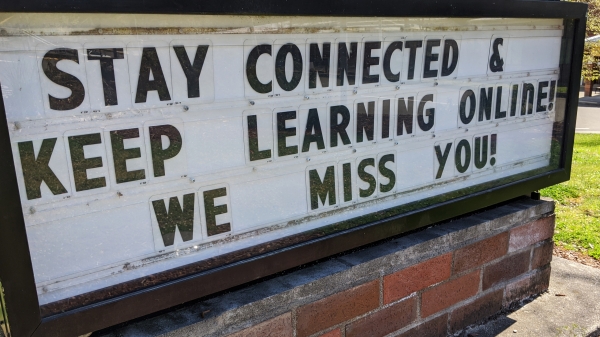 Over 9,000 COVID-19 cases among students, staff in Alabama schools this week

The state school superintendent said some school staff have had to have police protection due to threats over COVID-19 mitigation strategies in schools.

Fight over ADP leadership is back in court — again