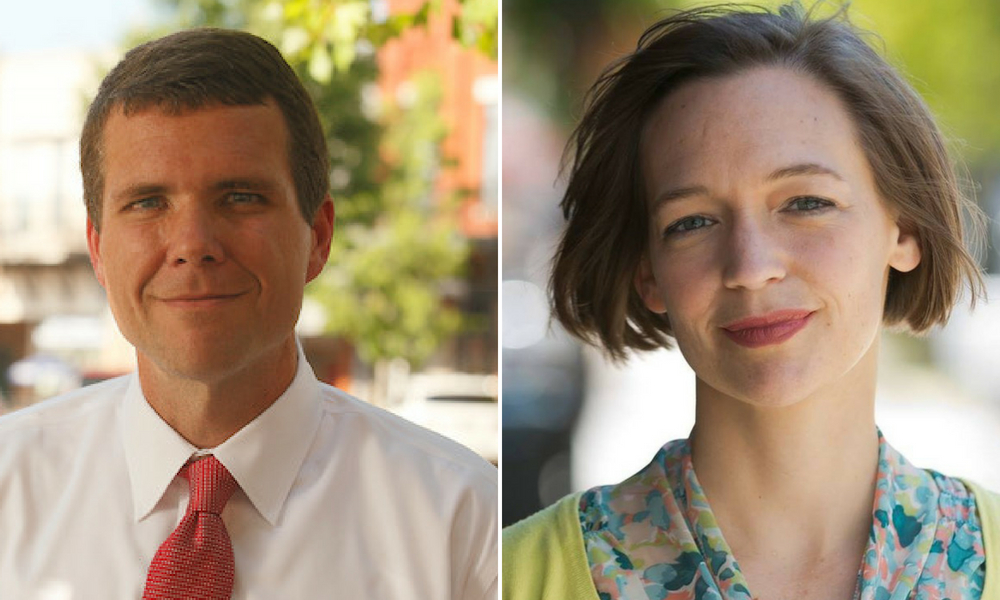 It is thin and fragile and has 4th-and-18 odds, but make no mistake about it, there is hope in Alabama for a better future. For better leadership from better leaders who don’t dwell on scare tactics or divide us with racism — leaders who value ethics and who want to serve the people.

After a day’s worth of primary voting in Alabama on Tuesday, some candidates like that remained standing.

And we have a chance to actually put them in office.

Imagine what Alabama could be with a young, energetic governor who values progress and inclusion. Walt Maddox could make a real difference in this state, could turn it into a place we could take pride in.

He will face Kay Ivey in November in the general.

And in terms of contrast, there is no more glaring image of the choice we have in this state than the one represented by Maddox and Ivey. Just look at their campaigns.

Maddox’s full of energy and progressive ambition, focused on jobs, providing health care to all citizens, fixing Alabama’s infrastructure and implementing a lottery to help put proper funding into our public schools.

There’s a reason why even some of my most conservative Republican friends are quietly throwing their support to Maddox.

People are tired of what Ivey represents.

They want candidates who focus on issues that matter and who will actually represent them.

That’s why Martha Roby and Twinkle Cavanaugh and a handful of longtime state lawmakers all struggled on Tuesday. The people don’t trust them. They see them as malleable puppets, willing to do whatever it takes to keep living off the public dime and coasting to personal fortune.

Roby was forced into a runoff with former U.S. Congressman Bobby Bright, and no one seemed terribly excited about either lifelong politician. And why would you be when the Democrats have Tabitha Isner?

Honestly, I challenge any Alabama resident to explain why they wouldn’t vote for Isner, outside of the petty excuse of the “D” beside her name on the ballot.

She’s literally a farmer’s daughter, is married to a preacher, has a master’s of divinity herself and another master’s in public policy, has worked extensively in childhood education and is a foster parent. She is the Jesus you have been looking for. And in a debate, she’d wipe the floor with either Roby or Bright.

In the Lieutenant Governor’s race, Twinkle Cavanaugh is dealing with a similar problem — the lifelong politician who never met a campaign donation she didn’t like or take was forced into a runoff by state Rep. Will Ainsworth.

Now, Ainsworth and I don’t see eye to eye on much, but you know, I can deal with that. Differing points of view make the world go around.

What I can’t deal with is a crook. And Ainsworth isn’t that. He’s shown no sign that he’s in public service for personal gain. He’s sponsored a number of bills that would seriously restrict the ability for lawmakers to sell out the good of the people for personal enrichment and he wanted to implement term limits in his first year on the job.

Yeah, Democratic candidate Will Boyd would be a better choice. But come on. Let’s deal in reality here.

Speaking of reality, some was brought by the AG’s race, where Steve Marshall surprised the field and won. Polls had shown him to be trailing by 20-plus points as recently as two weeks ago, but polls in this state are often wrong.

Marshall’s win — even a slim one over Troy King — killed the momentum of hope, too. Because I’m struggling to remember a worse candidate, in terms of doing all the things that we should all hate by now.

He took money from suspect sources — including the attorney representing the indicted former House speaker whose case is still out on appeal — and sunk to new depths in pandering with his Trump-themed TV spots and frivolous lawsuits. He’s everything wrong with Alabama politics, and yet, there he is.

But there is hope out there. In the form of Joseph Siegelman — the son of the former governor. Looking to put the Siegelman name back in office, but more importantly, he’s looking to return the AG’s office to the task of consumer protection and fighting the opioid crisis. I’m not sure what time that would leave him for idiotic lawsuits that pander to voters and waste taxpayer dollars, but maybe we’ll survive.

Regardless, there’s at least some hope for the future of this place.

We just have to vote for it.