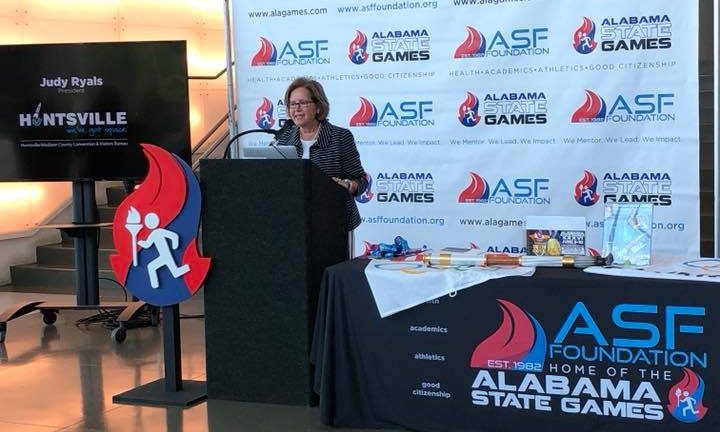 The Alabama State Games were held in Huntsville June 8-10. The games are the state’s largest annual multi-sport event for youth and adults. The event showcases over 20 sports with roughly 6,000 athletes of all ages and skill levels competing.

State Games provide a motivational goal for all athletes within the state in which they are organized. Recreational and competitive events alike are offered in most states, so whether participants compete for the fun of it, or as the first step to their ultimate dream, there’s something for everybody in the State Games. The State Games movement dates back to 1978.

Economic developer Nicole Jones stated, “It has been a blessing to interact with thousands of Alabamians in and around Huntsville this past weekend. The Alabama State Games are part of our quality of life and are a perfect example of camaraderie, sportsmanship, and a family-friendly event that makes our state a phenomenal place to live.”

Multiple athletic facilities across Huntsville/Madison County were used for the event.

Doug Amos of ESPN The Ticket in Montgomery and Troy Sports Radio Network, one of the co-hosts for the Opening Ceremony, shared with excitement, “It was certainly an enjoyable night!”

The Opening Ceremony was complete with an Olympic-style lighting of the torch, recognition of the Alabama State Games’ founders, awards, Parade of Athletes, indoor fireworks, a salute to First Responders, and performances from The Voices of Lee.

The Speaker of the Alabama House of Representative Mac McCutcheon, R-Monrovia, said on social media, “I am so proud of my grandson Brodie who won a gold medal today. He is a member of the Fast Five Basketball Team which competed in the Alabama State Games. The team played very well today in both games! Way to go Fast Five!”