Friday morning, the House Judiciary Committee’s Subcommittee on the Constitution and Civil Justice held a hearing at the urging of Congressman Mo Brooks, R-Huntsville, on questions regarding the U.S. Census.

Attorney General Steve Marshall testified before the committee regarding the lawsuit filed by Alabama and Brooks challenging the constitutionality of the U.S. Census Bureau’s plan to count immigrants in the country illegally for purposes of apportionment.

Brooks said, “I’m pleased the subcommittee is examining and bringing attention to the negative implications of including illegal aliens in the 2020 Census apportionment count. Outrageously, Alabama will lose representation in the U.S. House and Electoral College while states that encourage open borders policies and flout federal immigration law stand to gain representation because the U.S. Census Bureau plans to count illegal aliens. This injustice flies in the face of the Rule of Law and encourages more illegal immigration to America. In the hearing today, Democrats shamelessly put the interests of illegal aliens over American citizens by continuously defending unlawful conduct that undermines and diminishes the political representation of legal immigrants and citizens. Democrats even went so far as to openly advocate for noncitizens to participate in our electoral process.”

“Alabama losing political representation will have severe negative consequences for the Tennessee valley and our state,” said Brooks. “The defense and space community in our region rely heavily on the clout that Alabama’s congressional delegation has established on the House Armed Services Committee, Science, Space, and Technology Committee, and Appropriations Committee. I urge Alabama residents to consider the impact of losing a seat in the House, a body where strength of numbers often determines which communities receive federal jobs and funding.”

“If illegal aliens are counted, not only does that undermine and dilute the ‘one man, one vote’ and equal protection rights of Alabama citizens, it also means Alabama will likely lose an appropriator or House Armed Services Committee member, either of which reduces Redstone Arsenal’s influence in Congress and puts our defense and space jobs at greater risk,” Brooks warned.

In his testimony Attorney General Marshall said, “Last month the State of Alabama filed a lawsuit in federal court challenging our expected loss of representation in Congress and the Electoral College as a result of the Census Bureau’s counting of illegal aliens for purposes of apportionment. As stated in our complaint— and it’s is joined by Congressman Mo Brooks who is here with us today— Alabama is set to lose one of its seven congressional seats and one of its nine electoral votes, a seat and a vote it would not lose if illegal aliens were excluded from the apportionment base. Not only would this skewed result rob the State of Alabama and its legal residents of the rightful share of representation but it plainly undermines the rule of law. If an individual’s presence in our country is in violation of federal law, the question is why should the states in which they reside benefit from their illegal status.”

Brooks has been a vocal critic of illegal immigration in his term representing the 5th Congressional District. Most people expect Alabama to lose a congressional district after the 2020 census. Brooks’ district has shown the most growth in the state over the last decade.

Brooks recently won the Republican nomination for a fifth term. 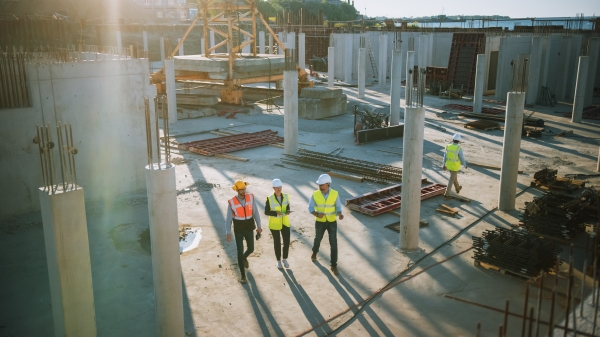 The group's leaders say the rule could exacerbate issues facing the construction industry, including a labor shortage.