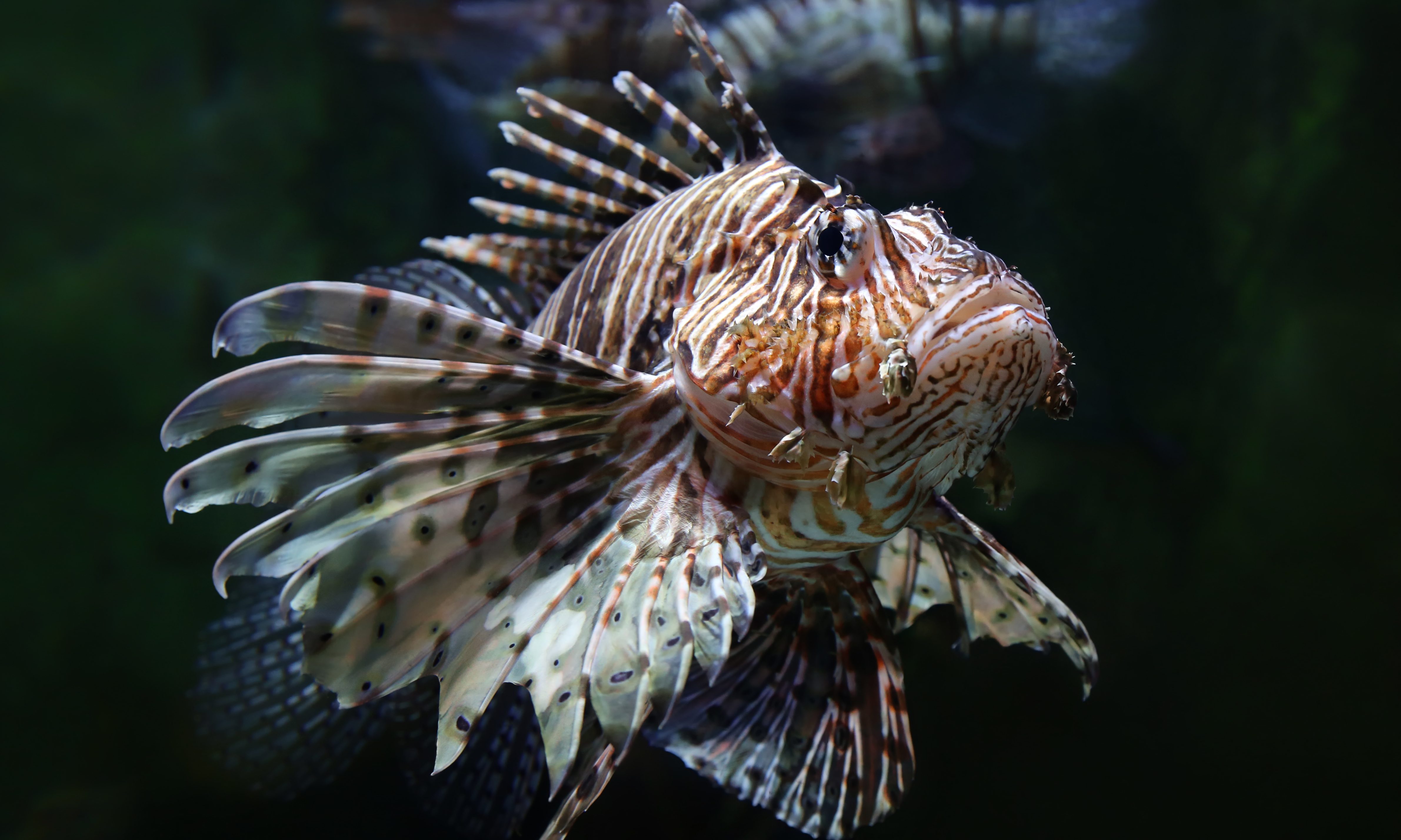 The state of Alabama is holding our first annual lionfish challenge.

Conservation is a major part of fishing. Anglers are encouraged to catch and release. They are limits in total number of fish one can keep. There are limits as to the size of the fish you can keep, in some cases like the red snapper there are only certain days where you can fish.

The lionfish is different entirely, and not just in its alien appearances. There is no catch and release recommended for lionfish and there are absolutely no limits on the amount of lionfish you can keep.

Lionfish are native to the Indo-Pacific, but they are now established along the Florida coast where they have had a Florida lionfish tournament for several years now. They are expanding their range across the southeast coast, including Alabama, the Caribbean, and in parts of the Gulf of Mexico. Biologists expect them to spread all the way to Brazil. The cold water is preventing them from expanding far up the Atlantic Coast past Florida’ but that won’t keep them out of Alabama waters.

The fish are a popular aquarium pet and experts speculate that people have been dumping their unwanted lionfish into the Atlantic Ocean for up to 25 years. Six escaped from an aquarium in Hurricane Andrew in 1992 and there is genetic evidence that the population may descend from that one accidental release.
Since the lionfish are not native to our waters, they have very few predators. They are carnivores that feed on small crustaceans and fish, including the young of important commercial fish species such as snapper and grouper.

They are the first saltwater invasive species to establish a breeding population in the wild in large numbers and NOAA researchers are pessimistic that the invasive lionfish populations can be controlled at this point by any means.

The Alabama Tournament began May 26, 2018 at 6 a.m. Tournament ends September 3, with all fish landed at chosen weigh station by 5 p.m.

ALL participants MUST have a valid Alabama saltwater fishing license AND an Alabama spearfishing license.  If competing in the commercial category, you MUST have a valid Alabama commercial fishing license AND a valid Alabama spearfishing license.  Designation as Commercial or Recreational participant for the ENTIRETY of the tournament is determined at registration.  All participants MUST depart from ports WEST OF SANTA ROSA COUNTY, FLORIDA and EAST OF JACKSON COUNTY, MISSISSIPPI.
ALL existing Federal and State fishery laws MUST be followed.  ANY fish counted in the recreational category CAN NOT also be counted under the commercial entry of another participant, or vice versa.
There is no minimum number of fish required to be entered each day to count towards the aggregate.
However, ONLY trips that meet the minimum requirements listed below will be counted towards the most trip categories and the number of entries for random prize drawings: Recreational competitors must bring in a minimum of 10 lionfish per trip Commercial competitors must bring in a minimum of 10 pounds per trip.

ANYONE caught violating ANY of the aforementioned rules will be disqualified immediately.

How lionfish will affect native fish populations and commercial fishing industries has yet to be determined. What is known is that non-native species can dramatically affect native ecosystems and local fishing economies.

A word of caution though: Lionfish have venomous spines that can be very painful. The venom is not usually fatal but it can make persons very sick.

Surveys conducted by Paula Whitfield and her team in 2004 found that lionfish were already as abundant as many native groupers, and second in abundance only to scamp (Mycteroperca phenax) (Whitfield et al, 2007). This is extremely concerning given the short time period for this population growth to occur. Recent estimates of lionfish densities show the populations continuing to grow, with the highest estimates reporting over 1,000 lionfish per acre in some locations (NOAA).

Lionfish are voracious predators and are taking the already threatened Caribbean reefs by storm. Lionfish are non-selective feeders and have no natural enemies in the tropical western Atlantic. Lionfish have been observed consuming 20 small fish in a 30-minute period and prey up to 2/3rd of their own length. A single lionfish can reduce juvenile fish populations by 79 percent in just 5 weeks. Samples of lionfish stomach contents in the western Atlantic have shown that they consume more than 50 different species, many of which are overfished and diminished to already critical levels. Given this extreme rate of feeding lionfish are out-competing native predators for their food sources, as well as reducing fish populations through direct predation.

NOAA says that control is now the only option as attempts to eradicate existing lionfish populations would be impractical and probably unsuccessful.

In the Pacific groupers, sharks and coronetfishes prey on lionfish. Biologist have suggested severely limiting grouper fishing as a means to allow the species numbers to expand in order for them to fill the role of controlling the booming lionfish population.

While dangerous to handle, Lionfish are edible and tasty. They have light, white and flakey meat. Some high end restaurants in New York, Washington and Chicago restaurants have added lionfish to their menus.

Original reporting by Sailors for the Sea contributed to this report.

In this article:Alabama, Conservation, Gulf of Mexico, invasive species