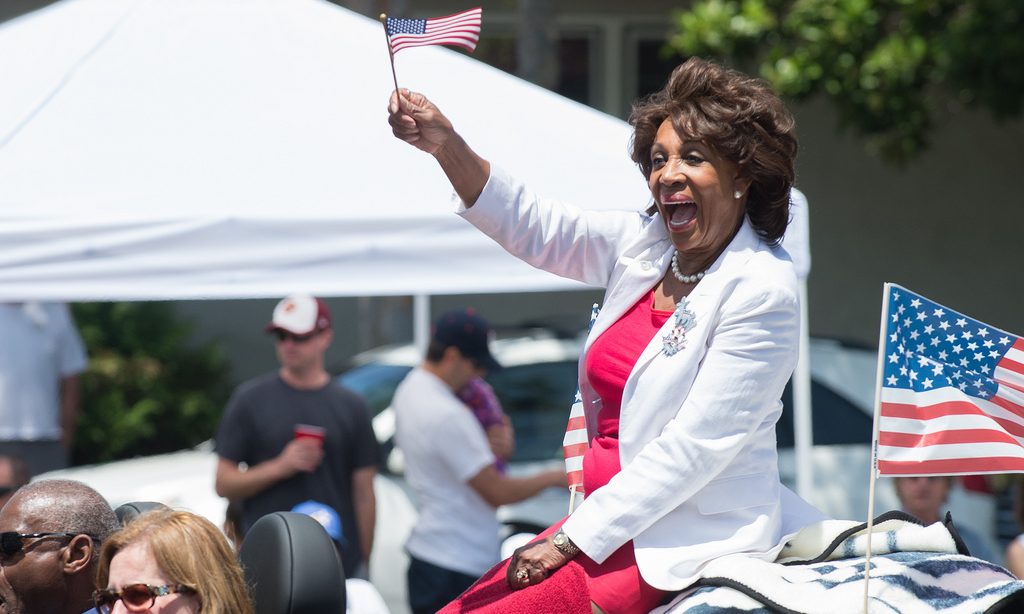 Do not let up.

Listen to me, progressives and liberals and all the rest of you just plain ol’ ticked off Americans.

Do not listen to the calls for “civility.” Because those calls are disingenuous nonsense, made by desperate people who are in the midst of watching their cushy lives evaporate.

Those calls for civility are being made by a group of people who elected a man who admitted on tape to sexually assaulting women, who mocked a disabled reporter, who belittled women and his opponents on a regular basis and who has proven to be a Nazi-sympathizing, money-grubbing racist.

Those calls for civility are being made by a group of people who have cheered the upending of the American health care system simply because it had the black president’s name on it. They have backed a tax cut for the wealthy that will cripple what has been a roaring economy (thanks, Obama!). And they didn’t mind at all when the Republicans who control Congress flat stole a Supreme Court nomination.

That last one resulted on Tuesday in the Supreme Court upholding Trump’s Muslim travel ban, one of the worst legal decisions in American history — one so awful that even a justice who amazingly concurred with the majority also managed to write in his opinion about how awful and un-American it all was. The high court let stand Trump’s ban on Muslims, with five of the supposedly brightest legal minds being fooled by the ever-changing labeling of the ban.

But the Supreme Court is only one atrocity, and quite likely not the worst one.

At our southern border, there is the abhorrent practice of separating children from their asylum-seeking parents. Because of the protests that they’re now begging you to stop, the Trump administration finally agreed last week to stop some of the separations. But there are still thousands of worried parents who have no idea where their children are right now.

This is what civility has brought us.

This is what reason and rational debate has brought about.

Regular people are getting hosed every single day. The Trump administration’s actions have so far resulted in fewer consumer protections, a rollback of environmental protections, an end to civil rights investigations in police departments, a ballooning of the deficit and debt, the killing of protections for people with pre-existing medical conditions, the end of healthier school lunches, an end to some restrictions on car emissions and the small matter of Russian collusion and obstruction of justice by the president.

And that’s just to name a few.

So, on Tuesday, Rep. Maxine Waters, fed up like everyone else with the spread of ignorance so severe that Congressmen are now openly retweeting Neo-Nazis, called on progressives and Democrats and anyone else to continue to pressure and protest their elected leaders, so long as they did so within the bounds of the law.

To heckle them out of restaurants, protest them at their office, boo them in public settings.

The time for civility and reasoned debate has passed us by. We tried that. Tried it for years and years, as the nutjobs on the right were turning President Obama, a decent and good family man who never experienced a personal scandal in office, into a terrorist-loving, Christian-hating, tax-raising antichrist.

No amount of rational discussion would do, as Obama dragged you goofballs kicking and screaming out of one crisis after another, leaving the country in such fine shape that it could literally be operated by a child and his hooligan friends.

So, no, there should not be any more civil debate. At a point, the only way to reach crazy people is to converse with them on their level.

Republicans should be shamed for their awful treatment of regular Americans. They should be ridiculed and heckled and boo’d until they are as uncomfortable in their lives as the cancer patient who lacks insurance, as the immigrant mother who doesn’t know where her child is tonight, as the student buried under a mountain of debt, as the mentally ill American who has nowhere to turn, as the grieving parents who have lost their children to gun violence, as the families who cannot gather because of an arbitrary and racist travel ban.

The protests and heckling should continue until Republicans make one of two choices: to govern with compassion, empathy and lawfulness, or quit.

Until then, I suggest they order in.