“I am running for the Court of Civil Appeals because I have a heart for families,” Judge Thomason said. “75 to 80 percent of the cases that the court hears are family court cases. In the last week that I checked 19 of 22 cases were family court cases. My experience sets me apart from my opponent. I am the presiding judge in Baldwin county.”

Thomason said that she also a lot of business experience as well as ten years in banking, 11 years as an attorney, and 12 years as a judge.

“I have ruled on 13,000 family law cases,” Thompson said. “There is a marked decline in the family and the children are caught in the middle. “I am the only candidate who has ruled on a family court case.”

“My father was a 20-year retired Navy veteran,” Thomason added. “He worked in law enforcement for 27 years in his second career. I live in Fairhope.

“The integrity of the judicial system is dependent on following the rule of law,” Thomason said. “I was endorsed by retiring Judge Craig Pittman and by former Congressman Jack Edwards. I am honored to have your endorsement in this race.”

“I talked with a political reporter friend of mine and he said, Michelle nobody cares about your race,” Thomason said. “I believe that people do care about children and families, they are just not aware of what the Court of Civil Appeals does and how important it is to children and families.”

“How important are children and families to you?” Thomason continued. “Talk to your friends and families about this race. Nobody is following so called down ballot races. You are all centers of influence in your communities. We are expecting record low turnout of between ten and thirteen percent.”

“I am second on the ballot but I am first in experience,” Thomason concluded.

Polls will be open Tuesday from 7:00 am to 7:00 pm. Remember that you must bring a valid photo ID in order to participate in any Alabama elections. Alabama has no party registration; but it is illegal to vote in one party’s primary and then vote in the other party’s primary runoff. You must vote in your assigned polling place. The deadline to register or to apply for an absentee ballot has passed.

The FDA could give emergency use authorization for the Pfizer vaccine for those aged 5 to 11 by the end of October.

"We've been mandating vaccines for decades in this country for infants and toddlers. When will the adults grow up?" 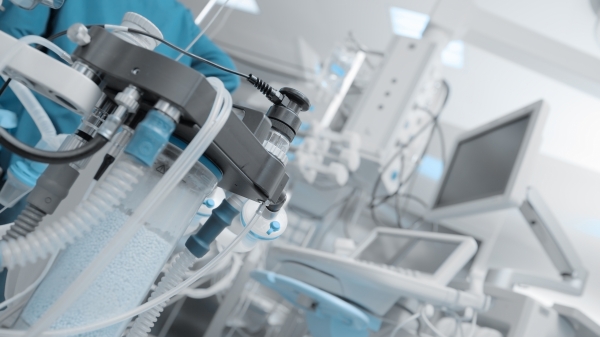 Cases and hospitalizations of Alabama’s children are climbing

The number of Alabama children testing positive for COVID-19 recently is four times the number in early August 2020.