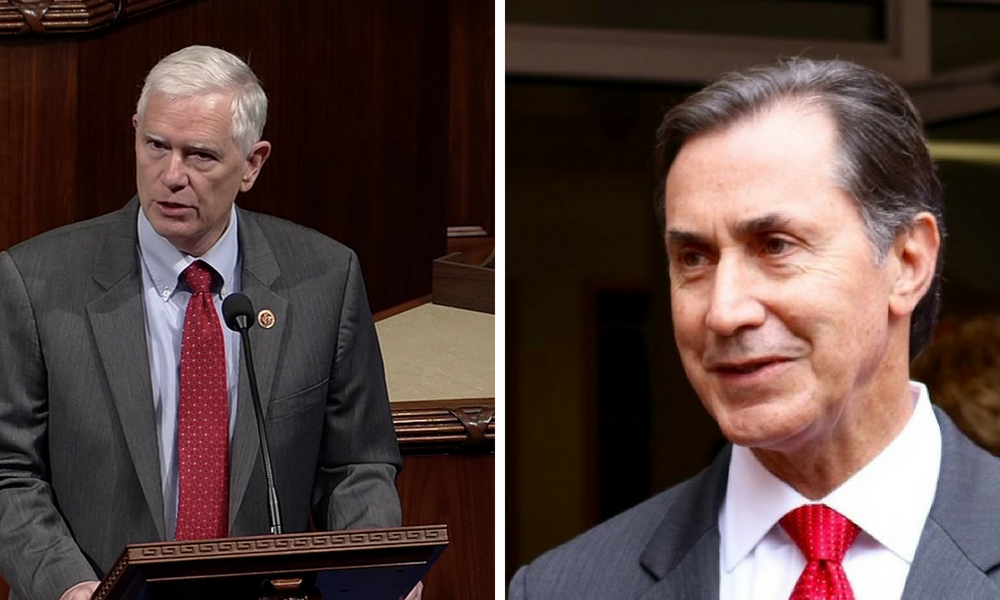 Tuesday, Congressmen Mo Brooks (R-Huntsville) and Gary Palmer (R-Hoover) were two of only 31 members of the U.S. House of Representatives awarded the prestigious 2017 FreedomFighter Award by FreedomWorks.

FreedomWorks is a leading conservative organization with more than six million members nationwide.
Only members of Congress who score better than 90 on the FreedomWorks scorecard receive the FreedomFighter Award.

Congressman Brooks’ FreedomWorks score was in the top four percent of all Congressmen in 2017.

Rep. Brooks said, “FreedomWorks is a leading organization in the conservative movement. I thank them for their work keeping members of Congress accountable and scoring key House floor votes which helps the American people better understand the impact of those votes. I was proud to receive the prestigious FreedomWorks 2017 FreedomFighter Award for my voting record in 2017.”

Congressman Palmer said, “I was honored to receive the Freedom Fighter Award this week from FreedomWorks.”

FreedomWorks President, Adam Brandon, said, “The recipients of the FreedomFighter Award showed a commitment in 2017 to pro-growth economic policies and constitutionally limited government. We’re proud to recognize these senators and representatives. Our work is still cut out for us. Now that we have reduced some regulations and passed a historic tax reform bill, we must continue to pressure Congress to reduce spending to ensure that the prosperity we are seeing now is lasts into the future.”

FreedomWorks Vice President of Legislative Affairs, Jason Pye, said, “The winners of the 2017 FreedomFighter Award deserve applause. These members take tough votes, often going against the leadership of their own party, because they want to do what is right by taxpayers. But consistency is key. America is staring down massive budget deficits as a result of the fiscal profligacy of this Congress. We have to continue working to put our country on a sustainable path, repeal ObamaCare, promote free trade, and continue to rollback the regulatory state.”

“If America is to maintain its place as the greatest country in world history, more members of Congress must fight for the foundational principles that made America great,” Brooks said. “I’m fighting in Congress for those principles, and I’m glad to have a partner as effective as FreedomWorks in the fight.”

Both Brooks and Palmer are members of the House Freedom Caucus.