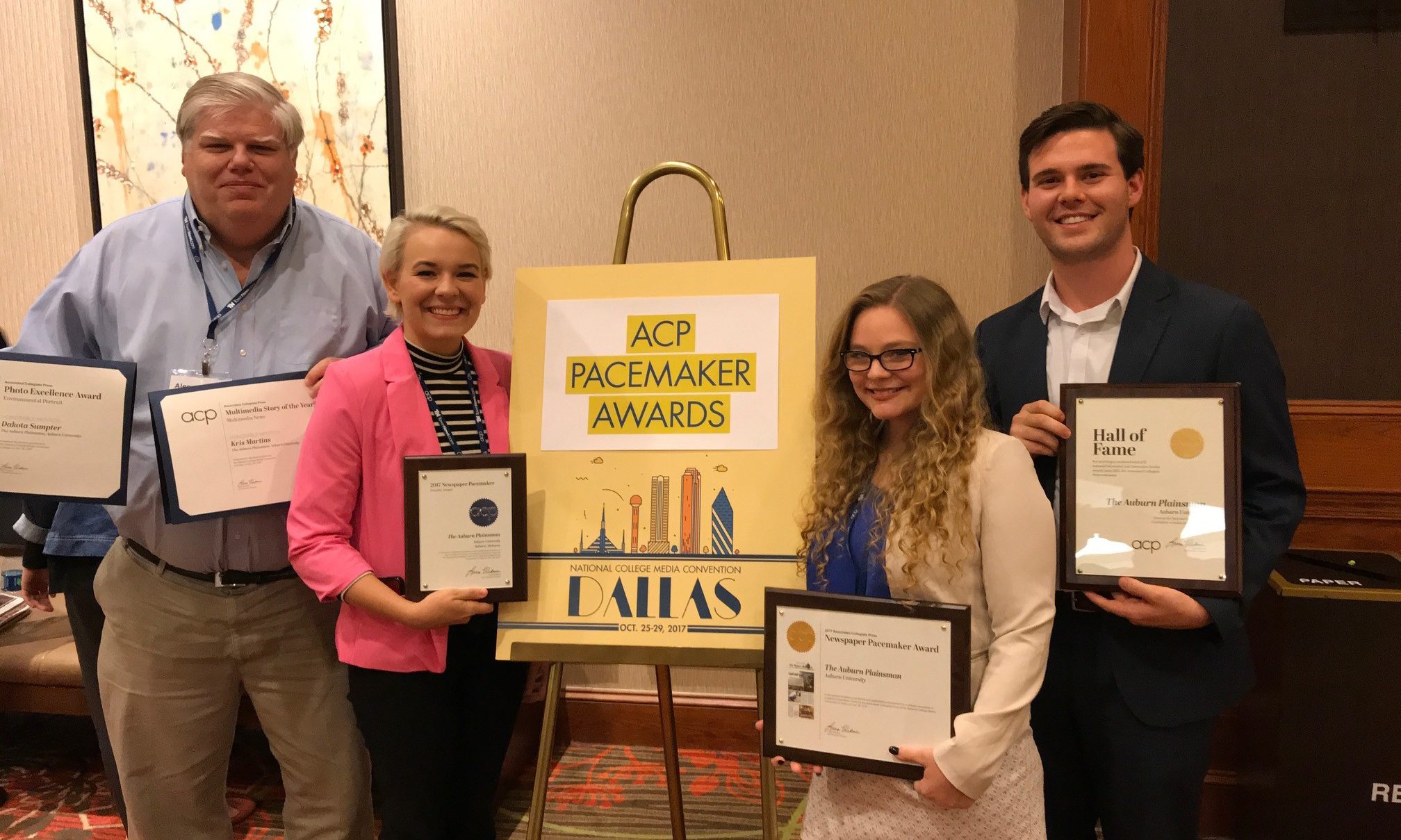 The student-run newspaper for Auburn University, The Auburn Plainsman, has garnered 12 awards in the Alabama Press Association’s Better Newspaper Contest over the last few weeks.

The Plainsman Editor-in-Chief Chip Brownlee wears many hats including his role at Alabama Political Reporter where he maintains the news organization’s website and works as a valued reporter.

“The Plainsman carries on a proud transition of college newspapers not only severing university students but also the greater community,” said APR’s Editor-in-Chief Bill Britt. “We are particularly proud of Chip’s accomplishments and his well-deserved recognition. Chip is a rare individual whose work ethic matches his enormous talent and whose character shows in his firm commitment to honest and accurate journalism.”

A few of the previously announced awards include:

Best Editorial or Column – 1st Place: “For the good of Auburn, Jay Jacobs must go” by staff.

Creative Use of Multimedia – 2nd Place: “A day in the life: Ric Smith and a behind the scenes look at the Auburn Gameday” by Gannon Padgett.

3rd Place: “Chuck Person to be charged with fraud” by Chip Brownlee.

On Saturday, the rest of the awards were announced, which include:

The Plainsman Editor-in-Chief Chip Brownlee said, in regards to his staff and the awards they have received, “All of the student journalists at The Plainsman pour their hearts and souls into this paper. We do it because we love our University and we love our community. And it’s always great when that commitment is recognized. Our whole team really appreciates the awards, and more importantly, the support of everyone in the Alabama press community. We’ll continue doing the work of community journalism because it’s needed now more than ever.”

Also, back in March, the Plainsman received recognition and several awards from the Society of Professional Journalism. These awards include:

Editorial Writing Winner: “Leath’s appointment warrants criticism;” “For the good of Auburn, Jay Jacobs should go;” “It’s time for voters to put an end to Moore’s antics” by Weston Sims, Chip Brownlee and The Auburn Plainsman Editorial Board.

The Auburn Plainsman was also a finalist for the Best All-Around Non Daily Newspaper Award.

To learn more about the Auburn Plainsman, visit their website at: www.theplainsman.com

The Auburn Plainsman is dedicated to: Fostering the development of students’ skills in all aspects of journalism, business, and leadership by providing the resources needed by students to publish a newspaper and website. Enhancing the educational mission of Auburn University by providing training and learning opportunities for students in journalism, business and media production. Upholding the highest standards of journalism by teaching and promoting professional standards, ethics, and First Amendment rights and responsibilities Serving the Auburn University community by providing student-run media that serve as a forum for free expression, an exchange of ideas, and a respected means of disseminating news and information, thus fulfilling a role essential to the health of a vibrant university in a democratic society.

"The 'For the People Act' is most definitely not for the people of Alabama, regardless of what out-of-touch liberal media activists like Josh Moon...