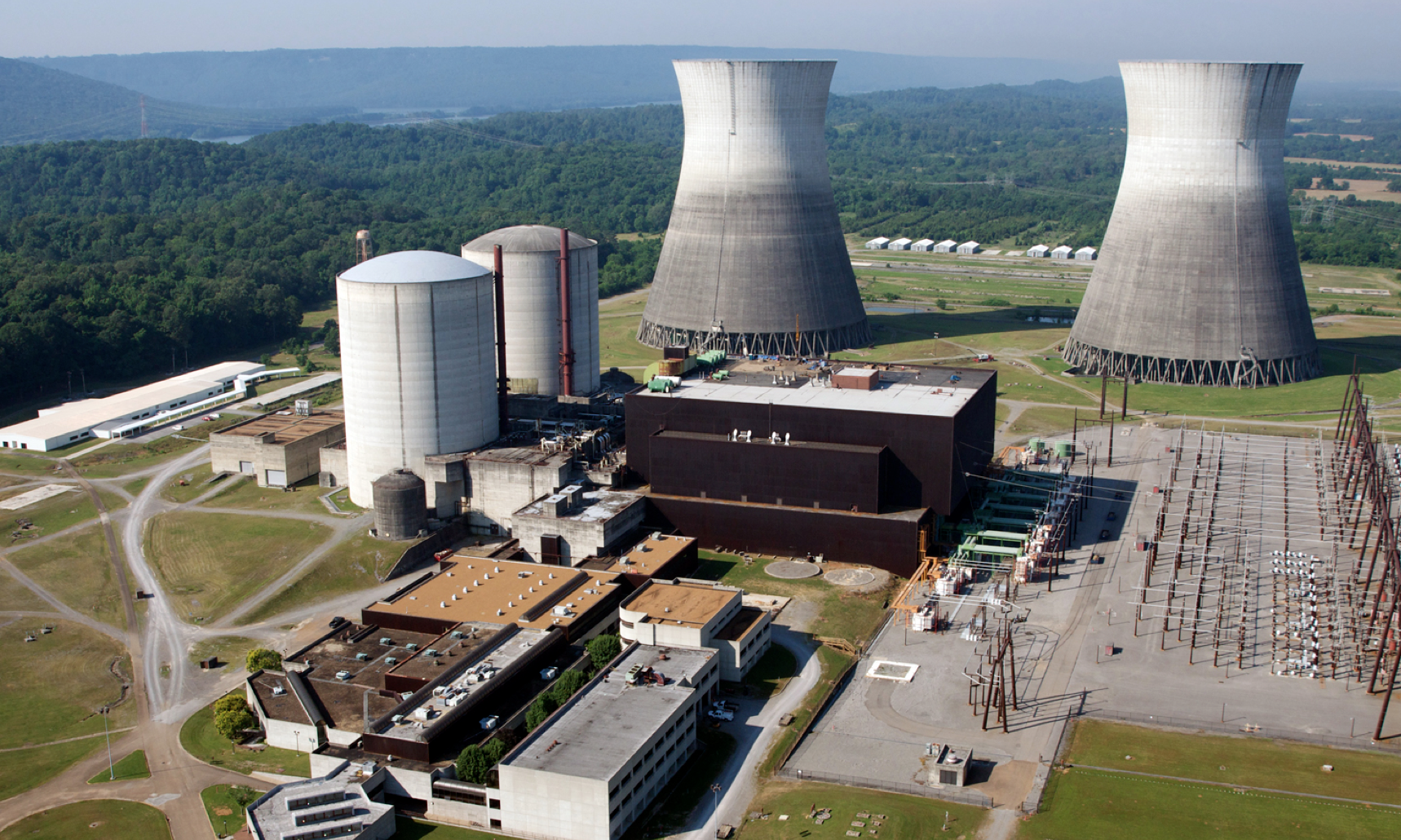 Maybe Franklin Haney really can get the Bellefonte Nuclear Plant up and running, putting thousands to work in one of Alabama’s poorest counties and creating a success story out of a perpetual failure.

Or maybe he can’t.

Maybe the facility continues to sit like an eyesore along Hwy 72 in Hollywood — just the way it’s been sitting for more than 40 years now. A great big power plant that so far has produced less energy than the Kay Ivey campaign.

I honestly have no idea. And let’s be real here, neither do you.

But that sure hasn’t stopped any of you from saying that there’s just no way that Haney can pull this off, that it’s a lost cause, that the facility is too old, that it’s all a dream that will eventually turn into a nightmare.

I live amongst you people. You’re like me. Which is to say, we’re not a bunch of nuclear experts.

A bunch of real-life nuclear experts — and a room full of people who manufacture and sell the tools needed to produce nuclear energy — were at Bellefonte on Monday, as Haney and a management group provided a status update on the plant, and they all seemed fairly certain that they could get the plant up and going.

In fact, many of them provided detailed answers for how they planned to do this, discussing a variety of components that would go into the rebuild of the plant. Most of the conversation went over my head, but I’m pretty sure I heard something about steam and a flux capacitor.

Anyway, they seemed confident that they could get the plant running, and that producing and selling energy was very doable.

The general public, on the other hand, is overwhelmingly skeptical. Social media mentions of the plant are not kind, and it seems most people are confident that Bellefonte will remain dead.

As I read those comments, I started to wonder when we all became so damned pessimistic. When did skepticism become America’s default setting?

I wonder what the country would be if this 2018 attitude had been prevalent throughout our existence.

Don’t get me wrong, I don’t think Franklin Haney, Tennessee billionaire, is a benevolent dreamer who only wants to make the world a better place one nuclear reactor at a time. He’s a businessman. He wants to make money.

That’s why Haney — who made his fortune in real estate — wants to get the Bellefonte plant up and going. He believes it can generate power that he can produce cheaper than he can sell it, thereby making himself and his investors a lot of money.

There’s nothing wrong with that.

And there’s nothing wrong with him giving it a shot.

The rub for most people, from what I can gather, is that Haney is asking the government — and that means taxpayers — to foot at least some of the bill — by way of loans and grants and tax incentives — for the rebuilding of Bellefonte. And some of those taxpayers, after decades of missteps and false starts with Bellefonte, and with more than $5 billion of taxpayer money in the plant, don’t really want to toss more money down this money pit.

But here’s the thing: In order to get that government assistance, and the clearance necessary to get the plant up and running, Haney and his teams will have to provide specific projections on production, safety and sales potential.

On top of that, if the project fails, Haney stands to lose a hefty chunk of change. Not to mention, he’ll lose all of the money he’s spent greasing the wheels of government — through donations and other deals with President Trump, former Alabama Gov. Robert Bentley and others.

Haney’s tactics in getting this project off the ground have come under scrutiny. But a grand jury in Montgomery determined them to be legal.

And with that being the case, here’s the most important question remaining: What if Haney doesn’t fail?

What if, with today’s technology advancements and broader markets, Bellefonte can produce power, and produce much-needed jobs in a poor county? What if it can have the $12 billion economic impact on the area?

Look, I get that it’s a longshot. I understand the odds against Haney.

And that’s why I like it. This guy who could’ve taken his billions and went and sat on a beach until he croaked decided one day that he wanted to make a failed nuclear plant that’s been dormant for 40-plus years work again.

After Haney secured the deal for Bellefonte, a reporter called his real estate office. The woman who handles his real estate transactions replied to the first question, flatly, “He bought a what?”

You see? Man, that’s the start of one helluva story.

Of course, the most important part of a story like that — the thing that makes anyone care about it at all — is the ending.

Maybe it’ll be a good one.