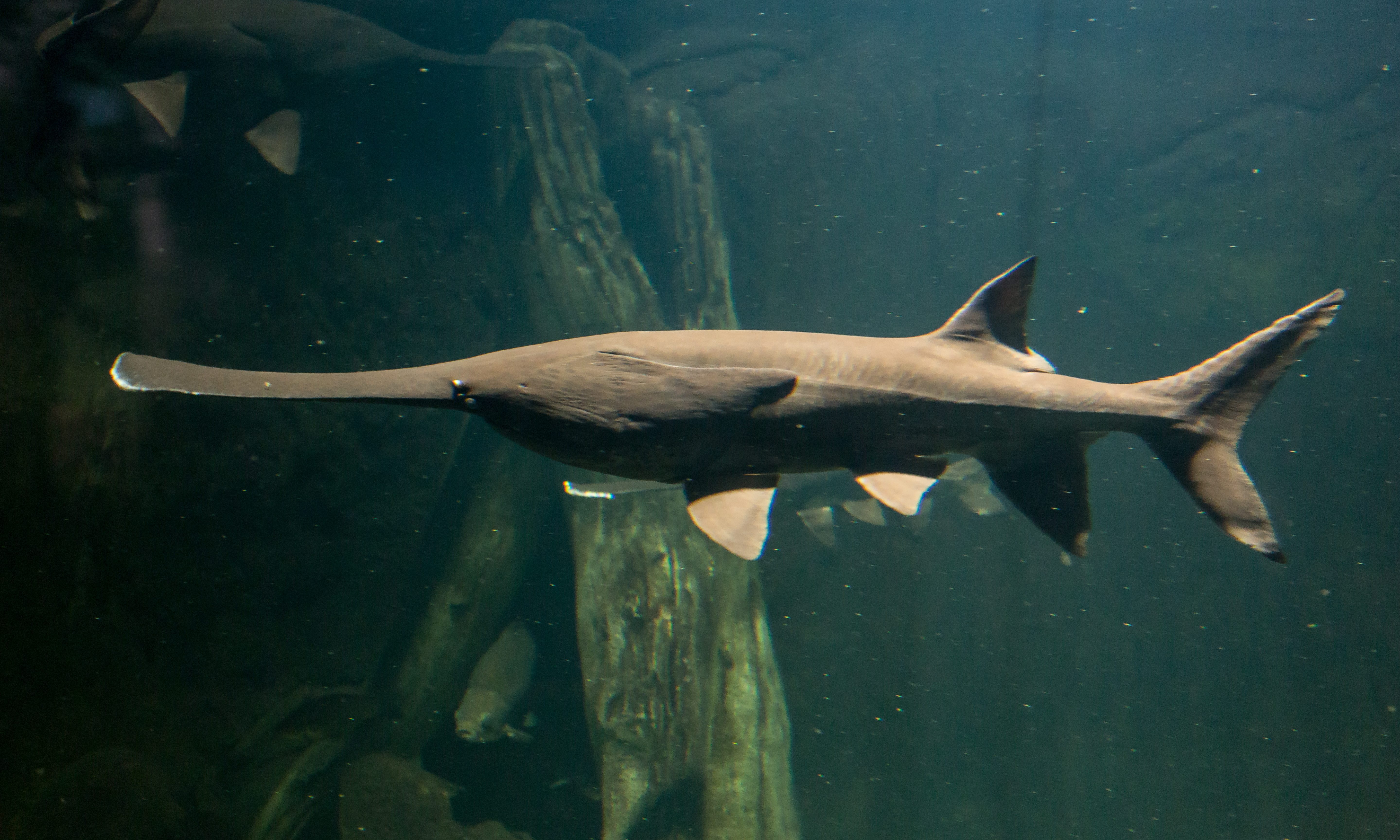 State biologists have expressed concerns about the health and sustainability of the fishery. Paddlefish mature slowly and have low reproductive rates making them highly susceptible to overfishing. This coupled with the lack of reliable fishery-dependent data from recent commercial paddlefish seasons has led to this protective measure.

In 1988, ADCNR implemented a statewide prohibition on the commercial and recreational harvest of paddlefish in response to the rapid depletion of the species in Alabama waters that occurred during the early to mid-1980s. The biology and life history of paddlefish combined with a relatively low population size and the high value of its eggs for use as caviar makes it particularly vulnerable to overharvest and localized extinction.

Sampling by ADCNR fisheries biologists earlier this decade indicated that the paddlefish population in the Alabama River had sufficiently recovered to a level that was considered robust enough to support a regulated commercial fishery so in 2013, ADCNR initiated a limited annual commercial season for paddlefish within designated management areas of the Alabama River with the understanding that these monitored commercial fishing efforts would provide the data necessary to develop a management plan for the species.

During the initial paddlefish season in 2013, and with the subsequent seasons running through 2016, the information being obtained from harvest reports submitted by paddlefish harvesters and buyers was useful in evaluating the response of the paddlefish population to commercial fishing pressure.

The ADCNR said that that all changed beginning with the 2017 season and continued into the now halted 2018 season. The quality and accuracy of the fishery-dependent information being obtained by ADCNR from season participants diminished. An analysis of these reports indicated that some of the paddlefish harvesters were likely falsifying records in an effort to obscure an overharvest of the fishery.

During the 2018 season, there were reports of illegal fishing methods used by some permitted paddlefish harvesters. This information led to ADCNR law enforcement officers initiating an intensive investigation. This investigation resulted in 135 convictions for paddlefish fishing violations.

Paddlefish (Polyodon spathula) have a long, paddle-shaped snout that is about a third of the fish’s total body length. The fish uses its really long snout to help stabilize the fish as it swims and specialized cells in the snout assist in detecting the plankton swarms which the fish eats. The skin is smooth. Juvenile paddlefish are pink on the back and white on the venter; but as the fish ages and reaches 10 to 12 inches, the body color changes to bluish gray on the back and cream on the venter. The fish has comparatively small eyes compared to the rest of the head and body. On the underside of the snout are two minute barbels in front of a large, toothless mouth. The gills are large and show the many closely spaced filaments that trap microscopic food. On each side, a gill cover extends posteriorly, ending in a long, pointed flap. Like sharks and rays the skeleton is composed of cartilage rather than bone. Adults can be 3.9 to 5.9 foot in length.

Susan Holland caught the state record in 1982. It weighed 52 pounds 12 ounces. Paddlefish are protected so if one is caught it must be released.

Paddlefish are generally found in open water, but have also been found in many small streams. Paddlefish are a migratory species. They congregate below dams to spawn in March and April. Spawning between one female and several males is believed to occur in open water. The eggs then float downstream with the current and drift to the bottom where they stay there until hatching. Hatchlings grow fast and reach 12 to 14 inches in their first year. Paddlefish are a very long-lived fish species with a lifespan of 20 to 30 years.

Commercial paddlefish harvesting on the Alabama River is hereby shut down until further notice.

For more information about paddlefish in Alabama, visit:
www.outdooralabama.com/non-game-fish/paddlefish.

It is the mission of the Alabama Department of Conservation and Natural Resources to promote wise stewardship, management and enjoyment of Alabama’s natural resources through four divisions: Marine Resources, State Lands, State Parks, and Wildlife and Freshwater Fisheries.

(Information from ‘Fishes of Alabama and the Mobile Delta’ was used in this article.)

State officials kept the parks open as a safe recreational option during the COVID-19 pandemic.