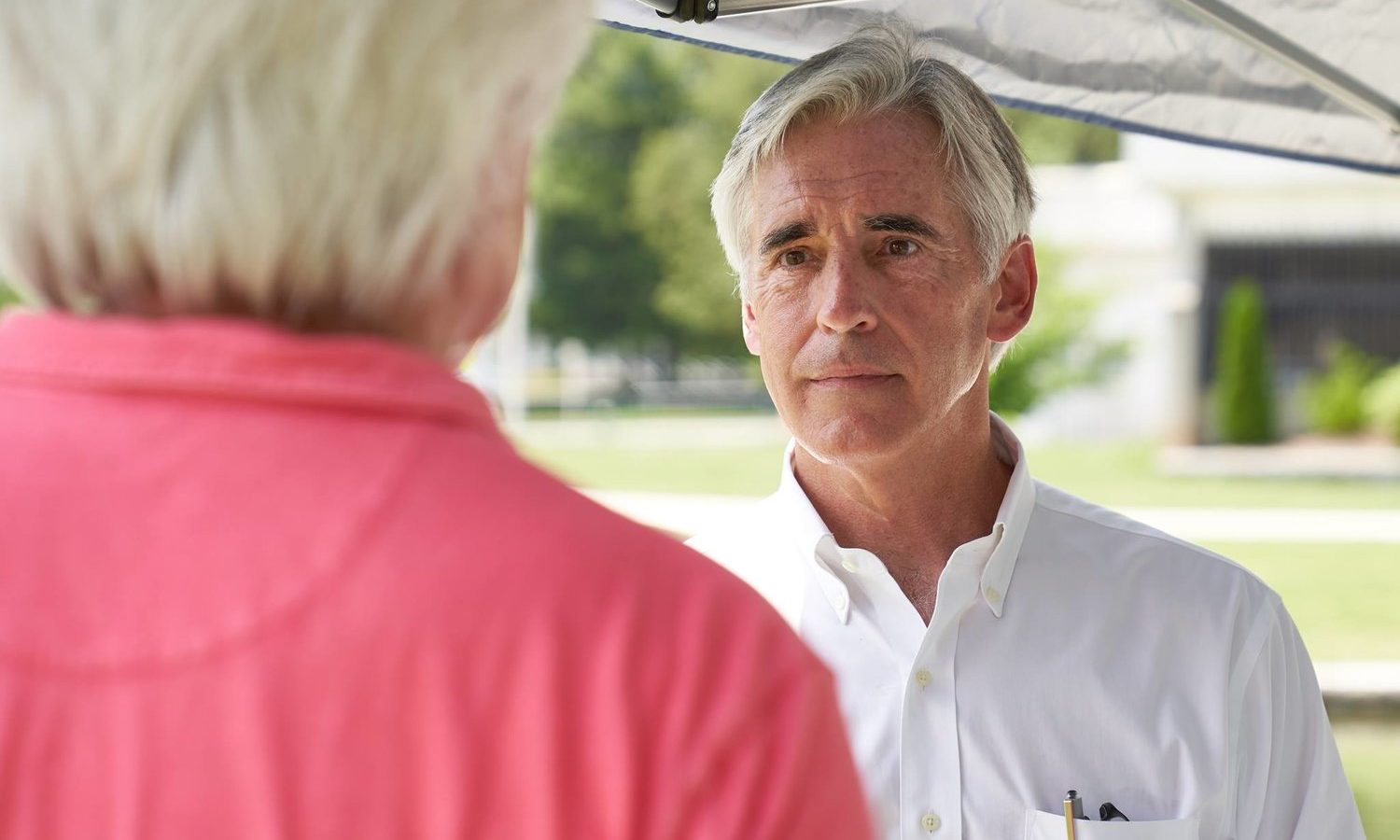 Joffrion claims that the ad highlights Mo Brooks’ failure to represent the people he works for, the people of North Alabama.

“Mo Brooks is another bought and paid for career politician,” Joffrion stated.

Joffrion claims that over his career, Mo Brooks has taken $1.4 million from DC insider PACs.

“I’ll fight for the working men and women of North Alabama, not the DC insiders and special interests,” Joffrion claimed.

The Fifth Congressional District covers most of North Alabama, including Lauderdale, Limestone, Madison, Morgan and most of Jackson Counties.

Peter Joffrion’s campaign has been identified as a Majority Maker race by the DCCC (Democratic Congriessional Campaign Committee). Republicans are trying to keep control of the Congress and re-electing incumbents like Mo Brooks is part of that effort.

Congressman Brooks responded to the news from Joffrion:

“Socialist Peter Joffrion’s latest negative attack is nothing more than yet another deceptive effort to divert public attention from the real issues: America’s booming economy, border security (Brooks supports, Joffrion opposes), tax cuts (Brooks supports, Joffrion opposes), Socialism versus Free Enterprise, and Joffrion’s support for House Speaker Nancy Pelosi (or someone even more radical), with a resulting two years of impeachment hearings and gridlock,” Rep. Brooks said. “Socialist Peter Joffrion is too liberal, too socialist and too extreme for the Tennessee Valley.”

Democratic Congressman Eric Swalwell, from California, will campaign with Joffrion today at a town hall and a press conference.

Joffrion will welcome Rep. Swalwell to North Alabama during a Town Hall on Monday, Sept. 3, at 3:30 p.m., at the Fellowship Presbyterian Church, PCUSA, 3406 Meridian St. North, Huntsville. Joffrion and Rep. Swalwell will hold a press event prior to the town hall.

The focus of the Town Hall will be on “Growth, Revitalization, and National Security.”

Congressman Swalwell represents California’s 15th Congressional District. He will discuss his connection to the high-tech corridor linking his Bay Area district and our high-tech research facilities in North Alabama, as well as his national role in the areas of intelligence, space, and national security.

Joffrion is a retired Huntsville City Attorney. He is very active in his Church.

Wardynski is running for the Republican nomination in Alabama’s 5th Congressional District to replace Mo Brooks.