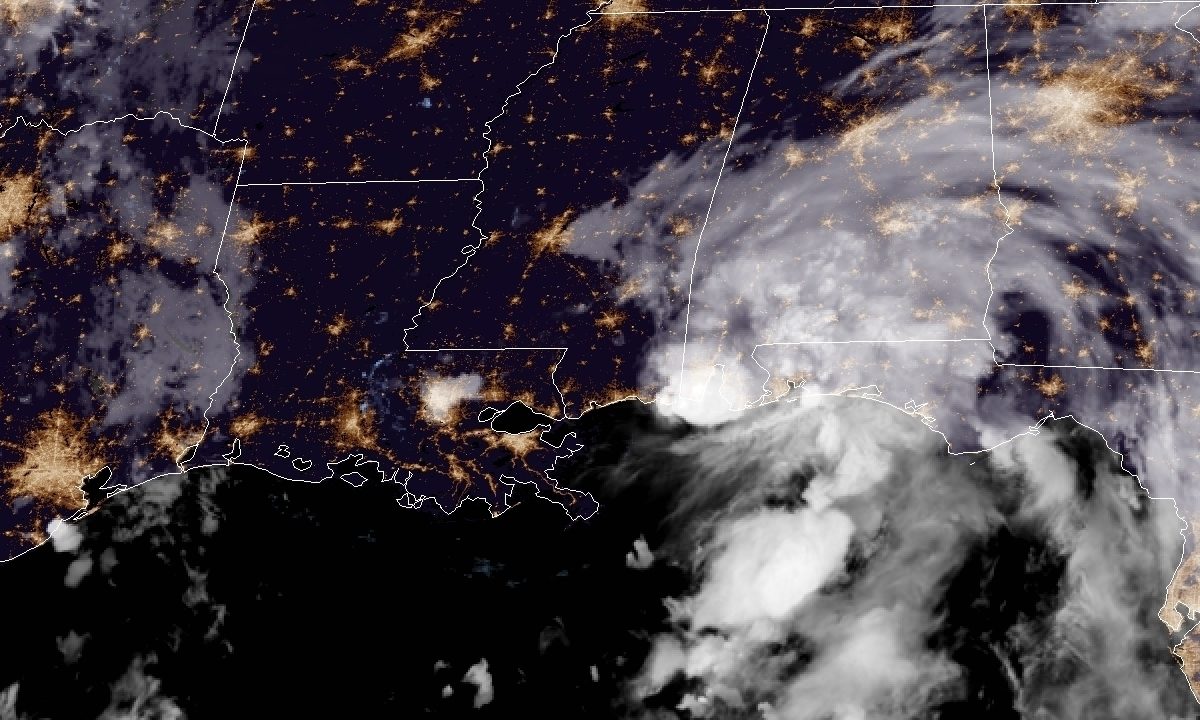 The storm, just below hurricane strength, made landfall along the Mississippi coast Tuesday night, though Alabama received the brunt force of the storm’s eastern side, which is the strongest.

The National Weather Service issued hurricane warnings from the Louisiana-Mississippi border east to the Alabama-Florida border. Gordon became a tropical storm late Monday and there were fears the fast-moving cyclone could have strengthened to a hurricane before making landfall.

As of Tuesday night, Baldwin EMC, a power co-op that serves Baldwin County said there were 327 outages in North Baldwin, 566 in Central Baldwin and 664 in South Baldwin. Alabama Power said 21,000 customers were without power at 7 a.m.

“As with any tropical weather event, being prepared is of utmost importance,” Ivey said in her announcement. “Everyone should take the necessary precautions now and stay informed of the latest weather conditions for their area. This State of Emergency will ensure that all available state resources are ready when they are needed.”

The State Emergency Operations Center in Clanton was activated as a preparation and the Alabama National Guard activated teams to support the coast portion of the state. National Guard soldiers were also dispatched to support in the command and control center.

“Gordon is a tight, fast moving tropical storm. Alabama is postured for a coastal wind and water event, but the key will be the preparation of our citizens,” said Alabama Emergency Management Agency Director Brian E. Hastings. “If you live in the coastal counties, especially in surge and flood prone areas, it is imperative that you get to a safe place by early afternoon and stay there through Wednesday morning. With tropical storm force winds forecasted, we expect power outages concentrated in the coastal counties; so, make sure you have a 72-hour emergency kit ready.”

Residents and tourists are strongly advised to closely monitor Gordon’s forecast throughout the morning Wednesday as the storm continues northward.

The State of Emergency directs appropriate state agencies to exercise statutory authority to assist the communities and entities impacted by the storm. The counties included in the State of Emergency are Baldwin, Choctaw, Clarke, Conecuh, Escambia, Mobile, Monroe and Washington.

For the most up-to-date forecasts and weather information, tune to your local television station or the National Weather Service.