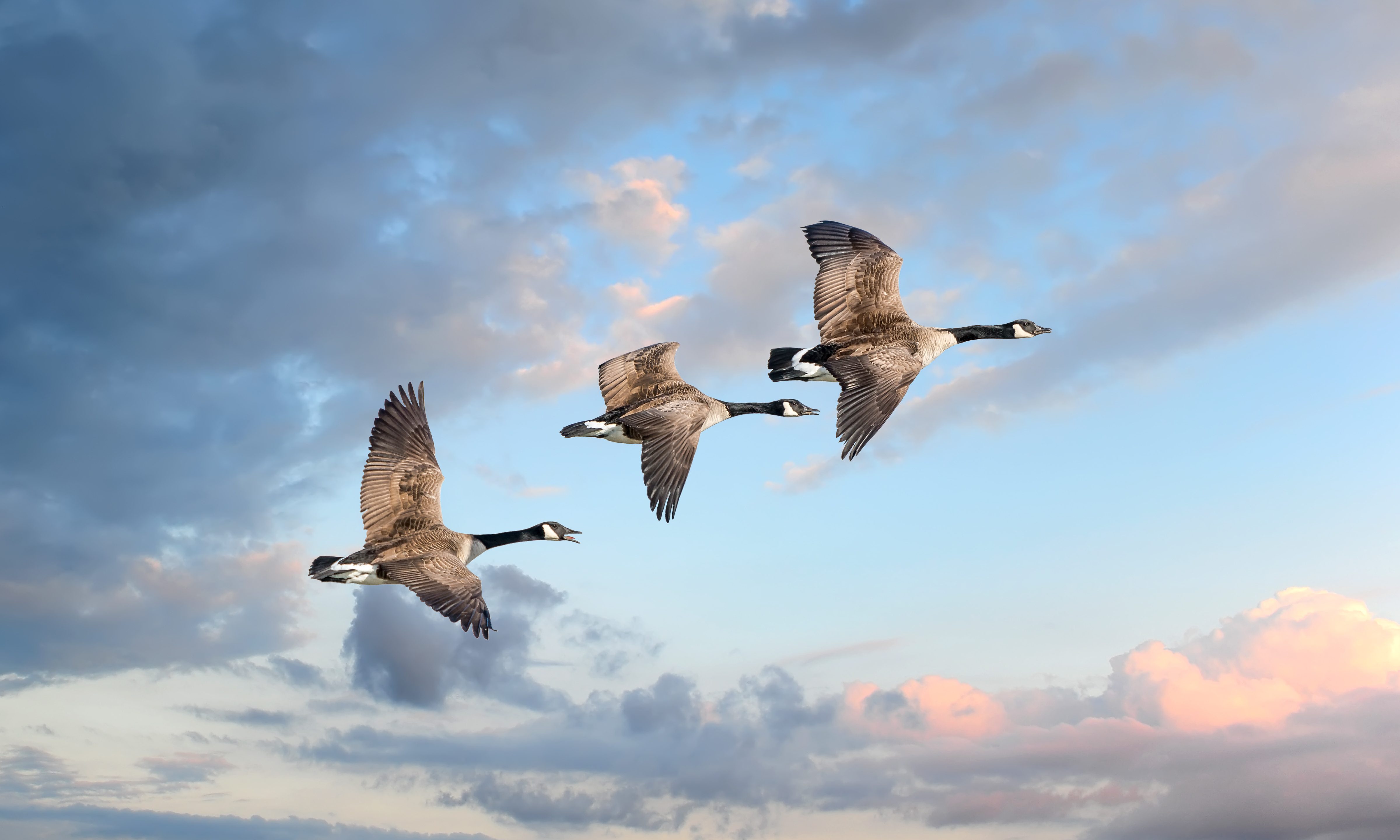 Canadian Geese flying into a sunset

For the North Zone of Alabama, dove (mourning and white winged) season will begin at twelve noon on Saturday, September 8. Opening day for South Alabama will not begin until twelve noon on Saturday, September 15. For doves, the south zone is Baldwin, Barbour, Coffee, Covington, Dale, Escambia, Geneva, Henry, Houston and Mobile counties. The other 58 counties are considered the North Zone.

Hunters may hunt doves only from a half hour before sunrise until sunset. The limit per hunter is just fifteen doves per day.

The rabbit and squirrel Seasons begin on September 15 and will run all the way until March 3, 2019. Hunters are limited to just 8 rabbits or squirrels per day.

Alabama will have a special teal season from September 8 through September 23. The limit is just six per day.

Clapper rail, Virginia rail, sora and gallinule seasons run from September 8 and will run until September 23. The limit is just fifteen per day.

Remember that licensed hunters who hunt doves, woodcock, rails, snipe, coots, ducks, or geese in Alabama are required by federal law to have a Harvest Information Program Permit prior to hunting. HIP permits are free and can be obtained when you purchase your license. You must have a license to hunt or fish in Alabama. Unless you have a lifetime license, September is the month to renew your license.

Alabama also allows year round hunting of bobcats; but note though that all bobcat and otters in Alabama, regardless of method of harvest, are required to be tagged by a representative of the Wildlife and Freshwater Fisheries Division within 14 days of harvest or may be left with a taxidermist with a completed tagging form, and the taxidermist is required to have the bobcat or otter tagged within 14 days of receipt.

Also be aware that nighttime hunting of hog season with dogs (no guns allowed) ended on August 31 and won’t begin again until May 1.

Archery season for deer does not begin until October 15.

You can not hunt bear, mountain lion, or ruffed grouse in Alabama at any time of the year.

For more information on hunting regulations consult the Alabama Department of Conservation and Natural Resources.