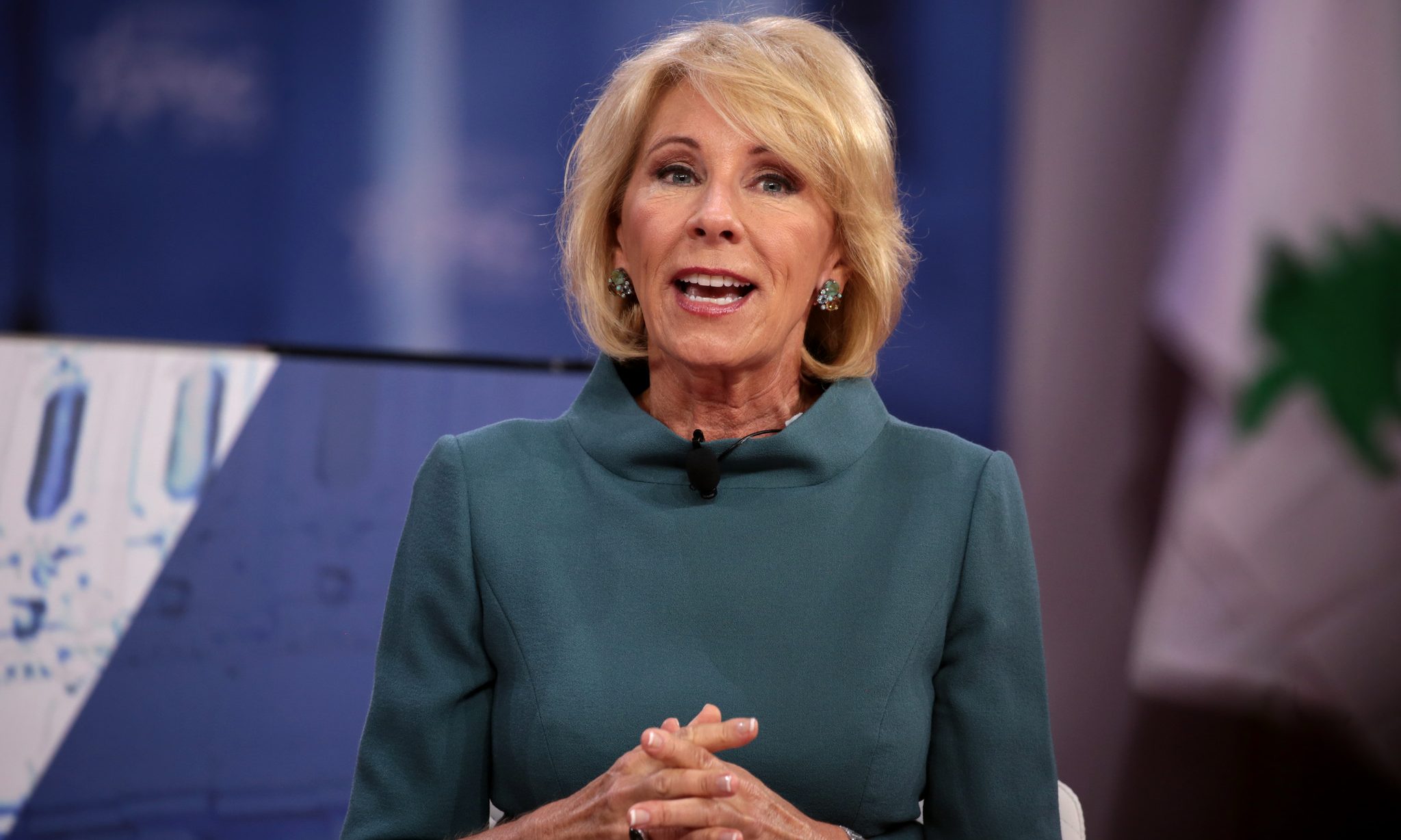 U.S. Secretary of Education Betsy DeVos says that she believes that school districts can use federal ESSA dollars to purchase weapons for teachers or school administrators.

Sec. DeVos said that she believes that Student Support and Academic Enrichment grants under Title IV money of the ESSA law can be used for weapons; but that is a decision that is left to state and local school boards to decide. The money can already be used for a range of purposes, including arts education, Advanced Placement course fees, school safety, foreign-language classes, computer science, and student mental health.

That pot of money received a $700 million boost in the most recent spending bill, to $1.1. billion. Most districts receive at least $10,000 under the grant and some receive $1 million or more.

U.S. Representative Bobby Scott (D-Virginia) and a group of Democratic lawmakers wrote to DeVos asking if she was going to write any guidance on this for districts.

“Let me be clear: I have no intention of taking any action concerning the purchase of firearms or firearms training for school staff under the ESEA,” DeVos wrote in response to the letter from Rep. Scott. “Congress did not authorize me or the department to make those decisions.”

U.S. Assistant Secretary of Elementary and Secondary Education Frank Brogan told the Associated Press that states and local jurisdictions always “had the flexibility” to decide how they use their federal education funds.

Brogan told the AP that arming educators “is a good example of a profoundly personal decision on the part of a school or a school district or even a state.”

Following the school shooting in Parkland, Florida some Alabama state legislators wanted to arm teachers in order to provide a last line of defense against the possibility that a gunman will similarly attack Alabama children. State Representative Will Ainsworth (R-Guntersville) introduced legislation that would allow certain teachers and administrators that pass a mental health evaluation and receive similar training that police officers receive. The leadership did not advance that legislation.

Governor Kay Ivey (R) has appointed a task force to look at how the state can improve school security. After the legislature failed to act, Gov. Ivey issued an executive order allowing one school administrator to be armed in schools that do not have school resource officers (SRO) assigned to it.
In Jefferson County, Sheriff Mike Hale (R) has developed a plan to put a SRO in every school in the county.

There are an estimated 300 million guns in America, the overwhelming majority of them in civilian hands. There is no known way to stop a gun man over than to use another gun man.

At this time, the Alabama Political Reporter is not aware of any Alabama school districts that are using federal ESSA dollars to purchase weapons for teachers or school administrators.

Gov. Kay Ivey is seeking her own term as Governor in the November 6 election. She faces Tuscaloosa Mayor Walter “Walt” Maddox (D). Rep. Will Ainsworth is the Republican nominee for Lieutenant Governor. He faces Muscle Shoals pastor Dr. Will Boyd (D).

Will Nevin11 hours ago