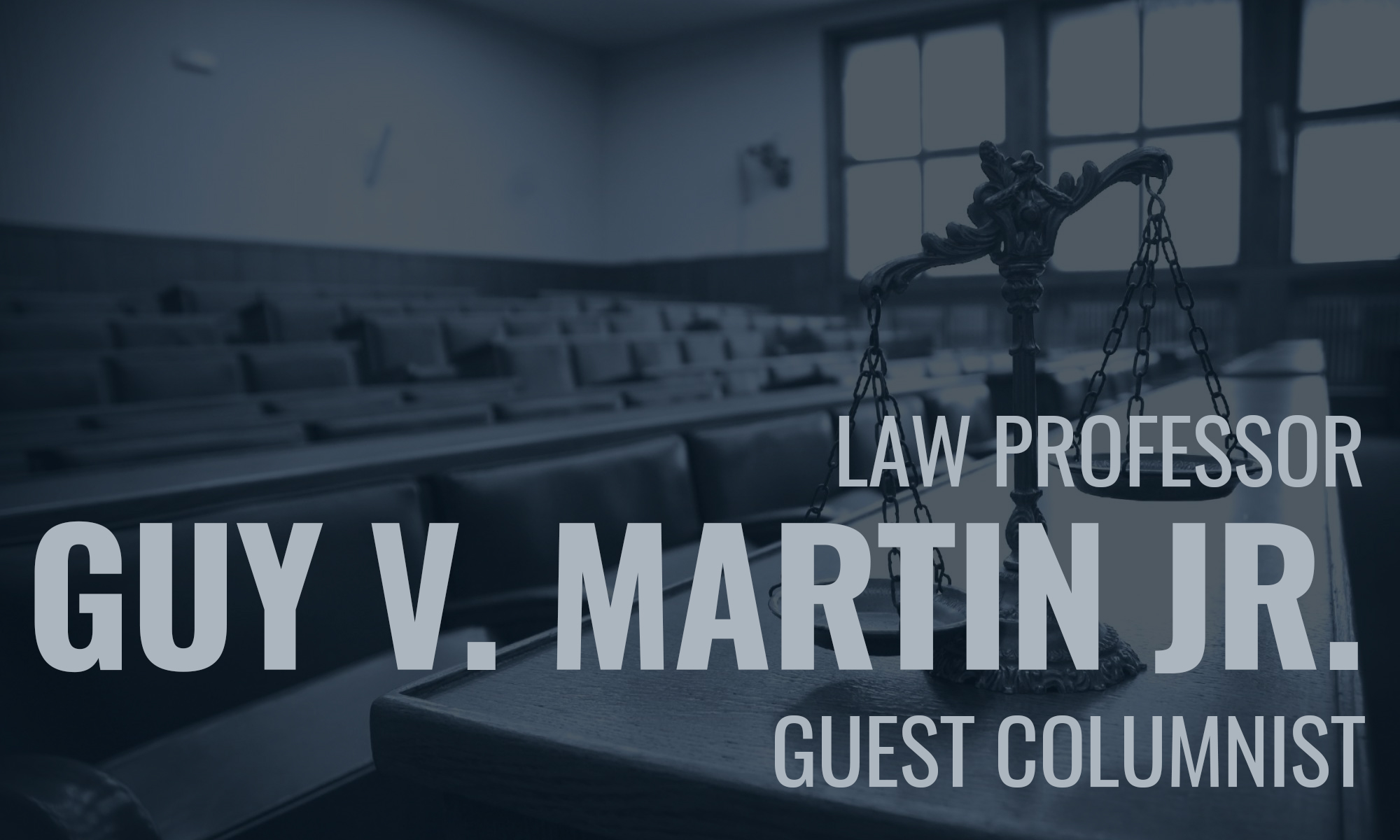 Senator Doug Jones and Birmingham Mayor Randall Woodfin have called on the EPA to reconsider placing the 35th Avenue Superfund Site on the National Priorities List (NPL) for a faster and more expensive cleanup. And we heard of a Democratic opponent attacking Congressman Mo Brooks for signing a letter to the EPA supporting an extension of time for Alabama Department of Environmental Management (ADEM) to comment on the proposed NPL listing of the site.

All of this comes after pundits told us that a law firm, Balch & Bingham, and a coal company, Drummond Coal, bribed a politician, Oliver Robinson, to sabotage the EPA’s quest to protect children dying from Drummond pollution.

According to some, the law firm, the coal company and all they touched should burn in Dante’s Hell for poisoning the poor children.

What drew me into this mess was the more I dug for facts, the more I saw opinion. My history with the EPA made me wary, and it took little effort to determine that lost in the tempest are crucial facts that appear to contradict the thesis on which two years of press are based.

For background, think of this as a Tale of Two Sites. The EPA was cleaning up a Superfund site (35th Avenue); environmentalists pressured to expand the site to the edge of Drummond’s ABC Coke plant in Tarrant. The lawyer got a politician involved to convince Tarrant citizens to oppose the expansion; from that involvement sprang the indictments. Activists whipped it into a frenzy of public corruption and death from pollution by Drummond.

Against this explosive rhetoric, I was surprised to learn that Drummond had nothing to do with the Superfund site; the site was polluted by Walter Coke, a bankrupt company with no connection to Drummond (source: 1989 EPA Walter Coke order, EPA website).

Even more surprising, the EPA wrote the City of Tarrant before the trial of the lawyer and a Drummond executive ever started, saying that the EPA had decided not to add the Tarrant site to the Superfund project. The EPA’s letter, which was an exhibit in the trial, said EPA based the decision on tests showing no pollution on the Tarrant site (Caveat: a boiled egg contains around two parts benzene to a billion parts boiled egg, so “no pollution” means not enough to warrant a Superfund site).

Third, EPA over-reach ignited the initial flame by trying to saddle Drummond with cleanup costs for the Superfund site based on the “Air Deposit Theory,” claiming smoke from Drummond’s ABC plant showered down pollutants onto the Superfund site. Even the Ninth Circuit, our nation’s most liberal, had rejected that theory. The EPA tried it anyway; Drummond called the EPA’s hand; tests showed no actionable pollutants on that ground; thus, the EPA letter to Tarrant. So all of the politicians who wrote letters opposing the Air Deposit Theory were correct — the theory failed in law and fact.

Fourth, a scientific study by NewFields (commissioned by Walter Coke, an admitted polluter, and two other companies in the area, not Drummond) showed the EPA was using bogus testing methods to hype up toxin levels at the Superfund site, trying to show property there was severely polluted when it was not: “flawed and biased approaches,” violating the EPA’s own testing protocols like testing under downspouts and next to roads, knowing asphalt shingle and road residue would skew the results.

Though the EPA admitted no wrong-doing, it knew that it was being watched when it tested the Tarrant site. The EPA’s testing in Tarrant resulted in its letter to the mayor of Tarrant stating there was no pollution there.

So, drilling down through the rhetoric: Drummond had nothing to do with the Superfund site and was cleared of wrongdoing regarding the Tarrant site. Given the EPA’s bogus testing procedures, folks in Tarrant should never want the EPA to test their lots, because home values plummet when saddled with a hazardous waste stigma.

Moving to corruption, what the defendants did here is not a blatant, Chicago-styled money grab like in the Jefferson County sewer debacle, made clear by both the motion to dismiss the indictment and the government’s reply brief-both excellent briefs discussing cases such as the U.S. Supreme Court’s overturning an indictment of the Governor of Virginia who used his office to arrange meetings for major donors-showing the fluid state of anti-corruption laws. Oliver Robinson pleaded guilty. The conviction of former Balch & Bingham attorney Joel Gilbert and Drummond Co. executive David Roberson will be appealed, and who knows what the Eleventh Circuit will do.

Clearly, there are two stories here, a corruption charge and pollution. Yet, neither reason nor equity supports a leap from a corruption charge to condemning a company and its law firm for killing children. Such a leap would require one to sail over too many precepts we hold dear in this society: the facts, the truth and the law.

Drummond and Balch don’t need a minnow like me to carry their water. It bothers me, however, that millions of minnows like me are reading how corrupt this state is–when the currents of the real story run deeper-and how a law firm belongs in Hell. Balch & Bingham was never charged with anything — the government used Balch witnesses to prove its case against Gilbert, who retained former state Rep. Oliver Robinson.

The government’s lawyer told the jury Gilbert had not told Balch’s ethics lawyers what he was doing. I’ve dealt with Balch as an attorney since 1974. They’re a yeoman group seeking yeoman solutions to problems; they darken churches and PTA meetings across our state; they’ve set a high bar for ethical standards others envy. I’d hire them in a flash if I were pounded by the EPA, because they know how to pound back — like they checkmated the EPA with respect to the Tarrant site.

Who does have the moral high ground here? Not Robinson, who failed to tell folks in Tarrant he was being paid by Drummond.

The one lawyer and the one executive who committed crimes were wrong. If their convictions hold up on appeal, they should be punished. If the 35th Avenue Superfund Site turns out to be one of the worst Superfund sites in America based on real science, the EPA should put the site on the NPL for a faster cleanup. But saying that everyone who wrote a letter or in any way touched the pushback against the EPA’s effort to expand the Superfund site is the moral equivalent of Nazis for poisoning the poor children of Tarrant is wrong, according to the Obama administration’s EPA’s testing. That line might sell newspaper stories and garner self-righteous glory for the finger pointers, but it’s a lie, so don’t believe it.

Guy V. Martin, Jr. has served as an Adjunct Professor at the University of Alabama School of Law and teacher at the Birmingham School of Law. He is a member of the Board of Directors at The Foundry Ministries. 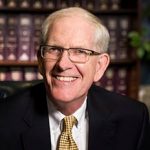 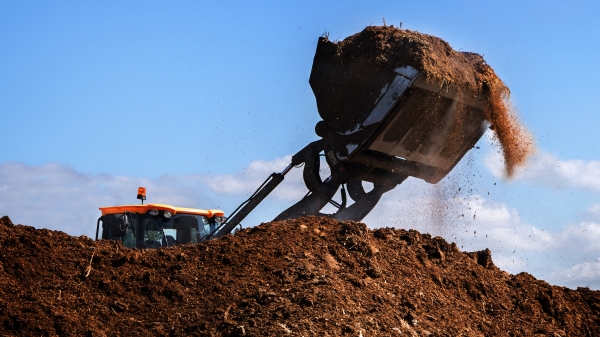 ADEM adopted regulations in 2020 that for the first time created state guidelines governing the land application of by-products for beneficial use.