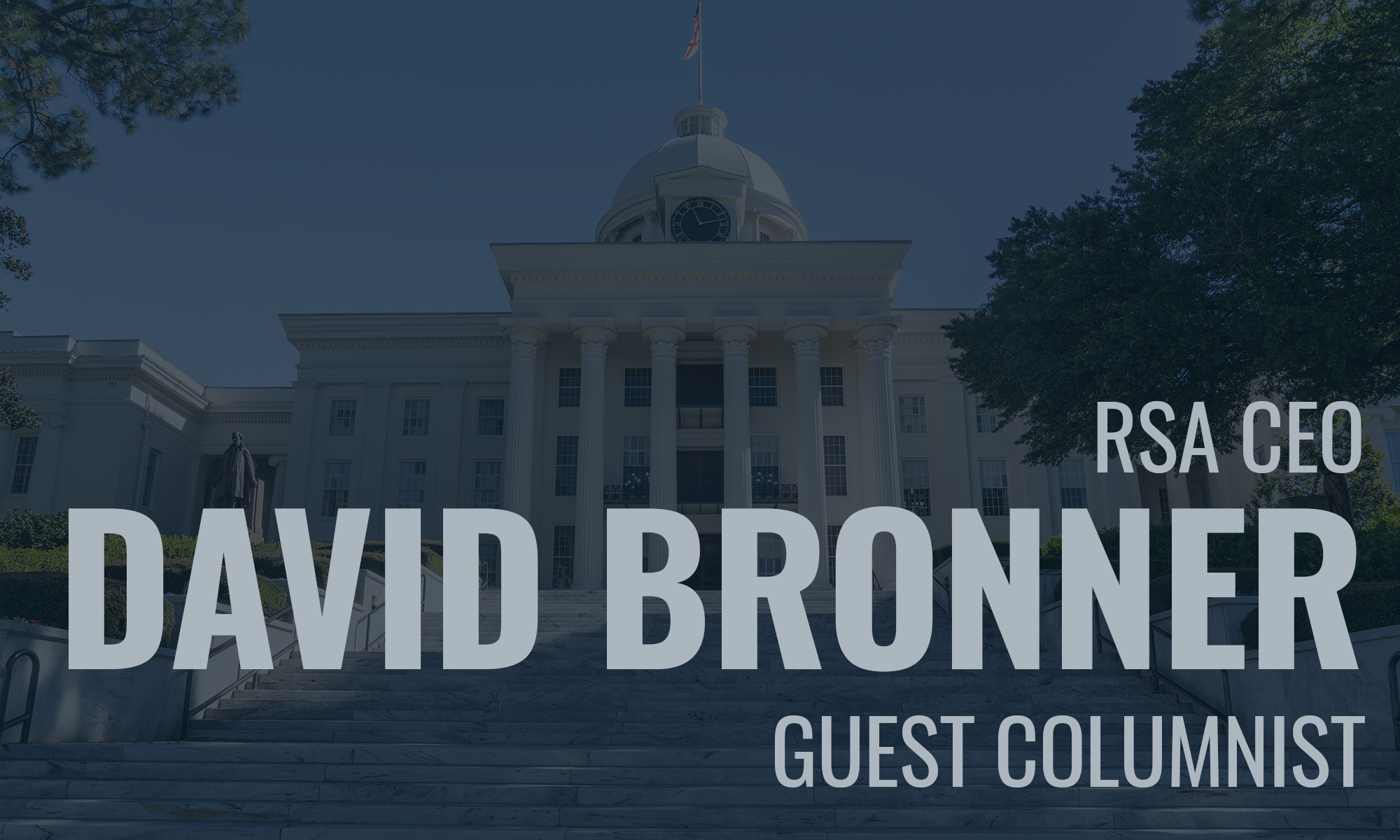 I have spent my working life – a mere four plus decades – with a simple philosophy: The stronger we make Alabama, the stronger the RSA will be in the future. I wish I could say all my attempts were home runs, but that would be incorrect.

A few years ago, the Arnold Foundation, the Koch brothers, and the Alabama Policy Institute, along with some universities, attacked your RSA pension fund. The RSA won that battle, but the war continues and they will return.

As I have written many times in the past, all new governors and their finance directors want to solve the current problems they identified during the campaign. This is the reason we vote for them. Past governors have promised to fund your pensions.

But, like buying a house with a 30-year mortgage, if you do not make the proper annual payment (thankfully, the Alabama Legislature has always funded the RSA at 100 percent), you end up like Illinois, Kentucky, or New Jersey. That is why it so important that you know your state senator and state representative. You need their personal commitment and full support to keep your pension program sound.

It is crystal clear that many Alabamians hate taxes that pay for reasonable education and state services. For years I have stated that low taxes are good, but having the lowest is just plain dumb!

The Public Affairs Council of Alabama recently presented data showing Alabama having the lowest total taxes of all ten southern states. The numbers are large with four states (LA, AK, NC, and KY) having over $3 billion more in revenue than Alabama, one state (MS) having over $2.5 billion, three states (GA, FL, SC) having over $1.5 billion, while the ninth state (TN) has over $600 million more.

In 1983, I was asked how to solve Alabama’s numerous problems. At the time, I suggested reasonable property taxes for schools and a lottery. Alabama is the only southern state without a lottery so it may be closer to reality.

On the other hand, reasonable property taxes are probably a pipe dream. If Alabama does seriously consider a lottery, please consider adding ‘Sports Betting’ – which is now legal across America – with the lottery. Put those much needed funds into education and the General Fund to fix the prison, state police, and mental health programs. This would move us a step closer to an even better Alabama.

Dr. David Bronner is the CEO of the Retirement Systems of Alabama.

Will Nevin11 hours ago