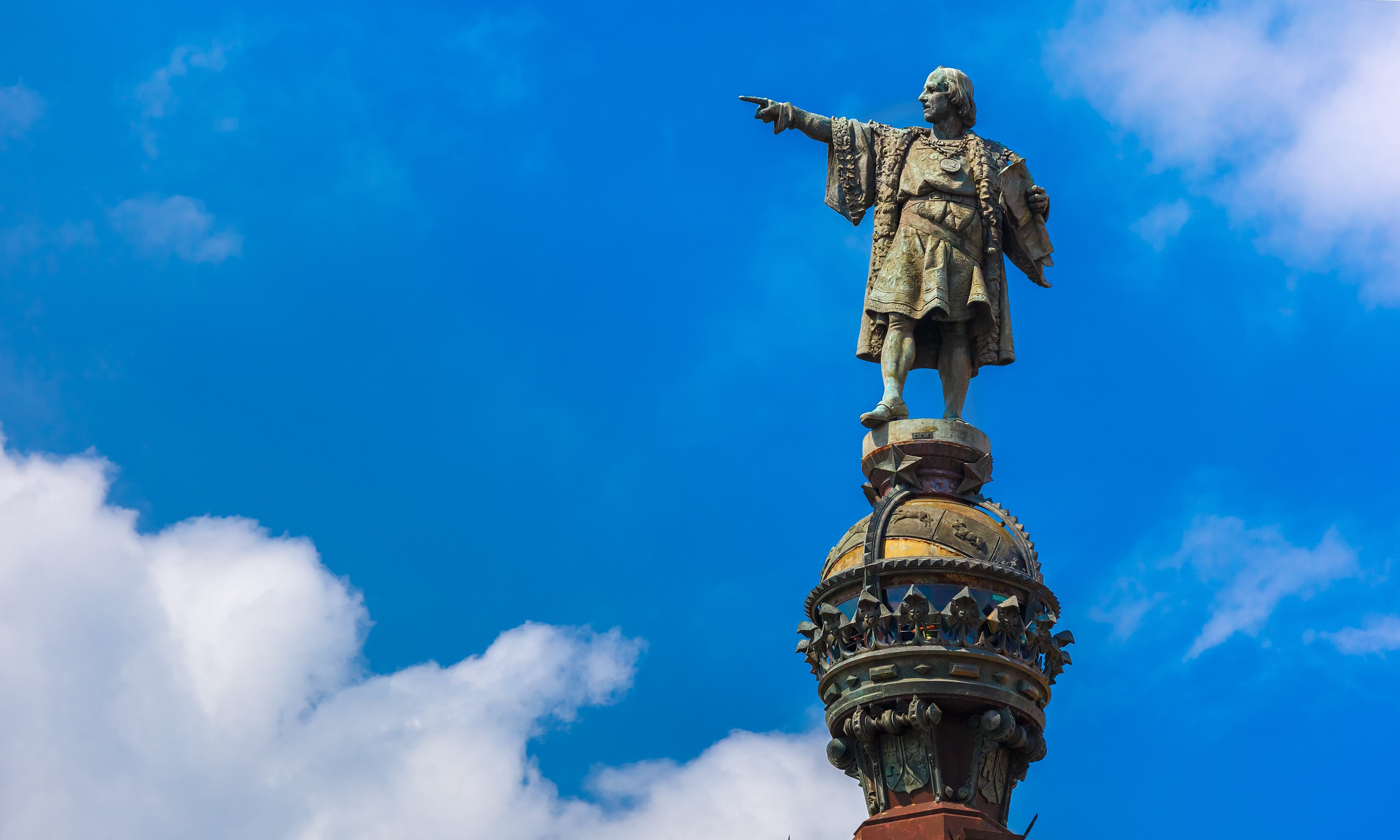 Today is a federal and state holiday honoring Christopher Columbus who om October 12, 1492 discovered “the new world.” Columbus was born on Oct. 31, 1451.

In 1492, the Italian explorer, Christopher Columbus, landed on a small island in the Caribbean. Columbus was on a mission for the new unified kingdom of Spain to reach India by sailing west.

Cultural anthropologist Carol Delaney wrote a 2011 book about the explorer titled Columbus and the Quest for Jerusalem. Alton Pelowsky interviewed Delaney about her research on Columbus.

“Everybody knows that Columbus was trying to find gold, but they don’t know what the gold was for: to fund a crusade to take Jerusalem back from the Muslims before the end of the world,” Delaney said. “A lot of people at the time thought that the apocalypse was coming because of all the signs: the plague, famine, earthquakes and so forth. And it was believed that before the end, Jerusalem had to be back in Christian hands so that Christ could return in judgment. Columbus actually calculated how many years were left before the end of the world. He seemed to think of his whole voyage as a mission, which was part of this apocalyptic scenario.”

Columbus believed in evangelizing the Indians and hoped to reach Asia in order to convert the Grand Khan of China to the Christian faith. “He thought that the Grand Khan could help with the crusade to take Jerusalem by marching from the east, while the Europeans marched from the west,” Delaney said.

“I think he went to the grave thinking that he had not accomplished what he wanted to do,” Delaney said. “He was angry with King Ferdinand for not pursuing the crusade, and he recognized that terrible crimes had been committed. From this point of view, he felt the quest was a failure. In reality, it was a major accomplishment. Columbus went across the ocean four times in small wooden ships, without the use of modern instruments. In the process, he discovered the New World, even though he thought that he had found only the periphery of Asia.”

Most astronomers at the time already understood that the world was round, and by that time, both European and Muslim mathematicians had correctly calculated the circumference of the globe. An astronomer in Florence, Paolo Dal Pozzo Tusconelli, thought their math was wrong and urged the Portugese crown to send a mission west. Tusconelli failed to convince the Portugese that his theories were correct (they weren’t); but he did convince Columbus In the large Earth theory (which was actually correct) if you sailed west from Europe you would starve to death long before you ever reached India or China. Nobody had any idea then that there were more than three continents.

Columbus, like Tusconelli, went to the Portugese, who were the greatest mariners in the world at that time, but they were then in the process of exploring and navigating the African coast to find a sea route to India. The Portugese would actually discover their elusive sea route to India in 1498 when Vasco De Gama finally rounded the African coast.

Columbus then took his proposal to the two Spanish monarchs. Ferdinand was King of Aragon and Isabella was the Queen of Castile. Their marriage established the basis for Spain to becoming one kingdom for the first time in centuries. The duo successfully conquered the Muslim kingdom of Granada in a fierce ten year war that finally ended in victory in 1492 with the fall of the city of Granada. Christian Spain finally had driven out their Muslim invaders in a war that had begun the Muslim conquest of most of Visigoth Spain in 711.

Fresh from their victory in the centuries long Reconquista, the Spanish monarchs agreed to fund Columbus’s mission. Columbus set sail with three ships: the Nina, the Pinta and the Santa Maria. Ferdinand and Isabella promised to make Columbus an admiral if he succeeded, as well as governor and viceroy of the new territories he discovered. The flagship, Santa Maria, had 52 men on board, while the two smaller ships only had 18 each.

Columbus landed on an island in the Bahamas. He named it San Salvador and claimed it for Spain.Columbus erroneously thought that he was in Asia, so he called the Native Americans that he found, Indians, and the islands that he explored, the West Indies. Columbus voyaged back and forth between his “Indies” and Spain four times between 1492 and 1503. He landed on the coast of South America, explored the coast of central America, discovered Santo Domingo and Cuba. He never found India or met the Great Khan of China, but to his death he continued to rejected the concept that he had landed anywhere but the outer edges of Asia,

The first Columbus Day celebration took place on the 300th anniversary of his arrival, in 1792. Columbus Day celebrations grew in popularity over the decades that followed, especially in Italian American and other Catholic immigrant communities, where Columbus was regarded as a symbol of what it meant to be both Catholic and American. A federal holiday was signed into law by President Franklin D. Roosevelt (D) in 1937.

(Original reporting by Columbia, World Book and Wikipedia were referenced in the writing of this article.)