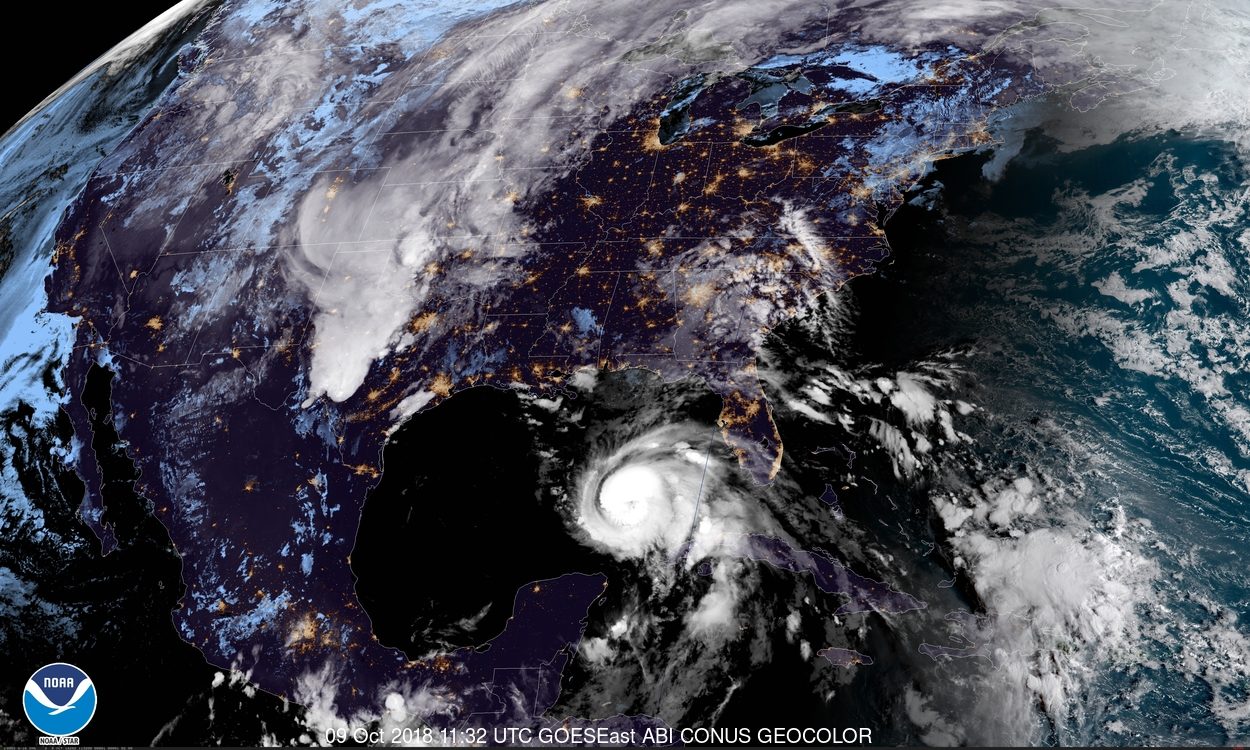 Gov. Kay Ivey has issued a statewide State of Emergency on Monday in anticipation of widespread power outages, wind damage and debris produced by high winds and heavy rain associated with Hurricane Michael.

“Alabama is once again in the path of a hurricane, but I know Alabamians will once again come together and be prepared for whatever Michael may bring,” Governor Ivey said. “On the state level we are prepared, now is the time for residents in south Alabama to review your emergency preparedness plans and also get prepared. Tomorrow we will start seeing the effects of Michael and those in its path will need to take shelter by tomorrow evening. Please stay weather aware today and tomorrow for any forecast changes. Most importantly, heed all warnings and instructions from local authorities.”

Gov. Ivey and Alabama Emergency Management Agency Director Brian Hastings will both continue to monitor the track of Hurricane Michael. By declaring a State of Emergency, Governor Ivey is directing the activation of the Alabama Emergency Operations Plan. Governor Ivey is also directing the appropriate state agencies to exercise their statutory authority to assist the communities and entities affected by the storm. The Alabama Emergency Management Agency is also authorized to make appropriate assessments of damages following the storm.

“Hurricane Michael is forecast to become a major hurricane and it will produce wide-spread power outages and debris that will challenge our response and recovery in the southern and Wiregrass counties,” Director Hastings said. “Alabamians should always be prepared, but everyone needs to make final preparations now to be ready for Hurricane Michael. I am concerned about the cone of uncertainty as Hurricane Michael is leaning west today. Residents and businesses in coastal Alabama must be vigilant and closely monitor the storm’s path and be prepared for a major hurricane.”

You can text “ALALERT” to 888777 to receive information for Hurricane Michael from the Alabama Emergency Management Agency.

Flash flooding and tornadoes are also possible with any hurricane and parts of Alabama have been placed under tropical storm watches or warnings.

To learn how to prepare for a hurricane go to:
www.ema.alabama.gov

Hurricane Michael has formed in the Caribbean and is headed toward the northern Gulf of Mexico. This has the potential to be a large impact storm. Currently with the track Michael is on wind is the main threat, then surge and rain. Michael is currently a Category 3 storm but the state is preparing for a Category 4 storm.

All Alabamians need to be in a safe place by Tuesday evening and stay sheltered in-place until the storm passes. We are likely to see the effects begin late tomorrow and into Wednesday morning ahead of landfall. As of press time the weather forecast is for the storm to impact roughly in the Panama City area of Florida and then turn into the state of Georgia; but Gov. Ivey and the state Emergency Management team are watching this storm closely because a westward shift in the track would greatly change the impacts in our state. As of right now, the main concern is south and especially southeast Alabama.