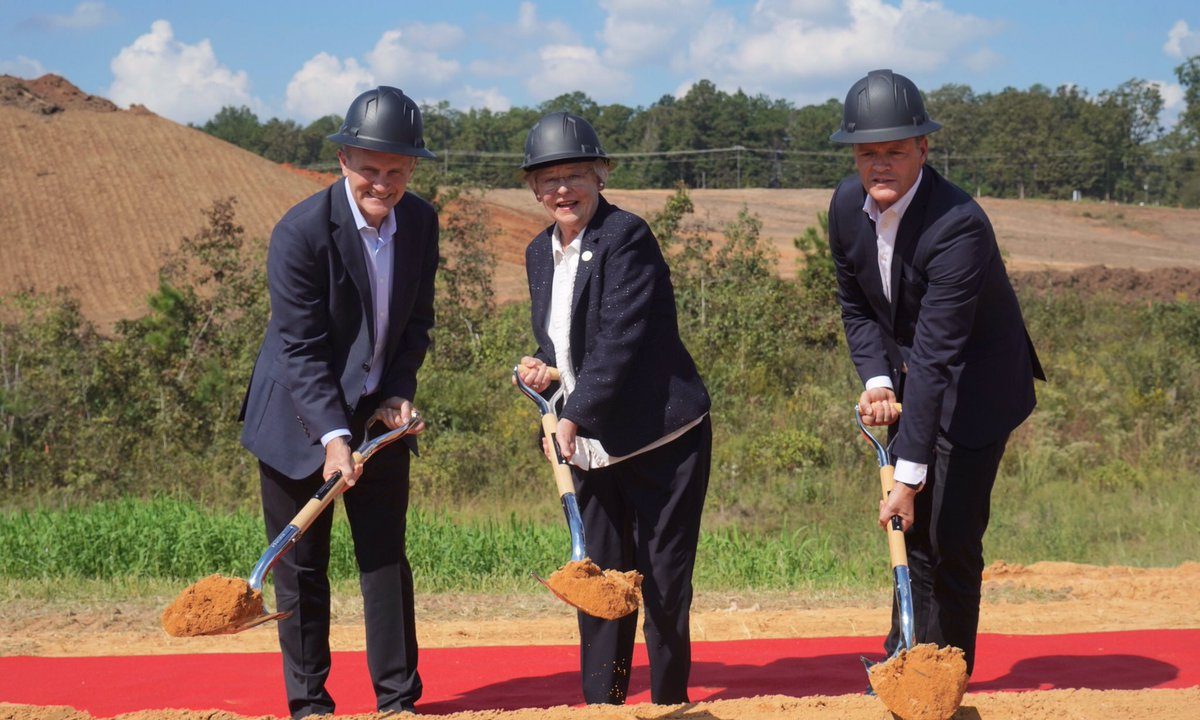 The 2 million-square-foot plant at the Scott Davis Industrial Park in Woodstock will supply battery packs for Mercedes Alabama-made electric vehicles.

“21 years ago, Mercedes-Benz put Alabama on the map for automotive manufacturing,” Gov. Ivey said. “And now, our state has successfully become a hub for this industry. Today, it’s my honor to join @MBUSA as they announce plans for the future of new campus!”

Electric automobiles are a key component in a $1 billion Mercedes expansion that was announced in September 2017.

Economic Developer Nicole Jones told the Alabama Political Reporter, “It was a beautiful day in Woodstock, Alabama as Mercedes-Benz broke ground on a two million square foot plant in the Scott G. Davis Industrial Park. Mercedes is a pioneer in the eMobility (electric-mobility) area of research.”

“They continue to develop cutting-edge technologies and sustainable alternatives to fossil fuels.” Nicole Jones explained, “The expansion will create approximately 600 jobs for the Bibb County area and is a testament to Alabama’s position as a global leader in the automotive industry. Thank you, Mercedes-Benz, for your continued investment in Alabama!”

“The widely export oriented Mercedes-Benz plant in Tuscaloosa is a high-tech production facility with a successful history and an exciting future in terms of our brand in the United States,” said Markus Schäfer, a member of the Divisional Board of Mercedes-Benz Cars, Production and Supply Chain. “We aim to play a pioneering role in the development of e-mobility and are well prepared to accomplish this mission.

“A big congrats to Mercedes on breaking ground on their new facility in Bibb County today!” Congresswoman Terri Sewell (D-Selma) said. “Here in Congress, I have made strong trade relationships and access to open markets for our auto industry a top priority. Thank you to Mercedes’ own Markus Schaefer and Jason Hoff and my staff Reba Love and Melinda Williams for being a part of today’s event!”

On display at the event, was the first customer-ready 2020 Mercedes GLE sports utility vehicle. The GLE is the fourth generation of the sport utility originally known as the M-Class. Mercedes began full scale production of the GLE in Vance just that day. Mercedes plans to begin producing electric SUVs at its assembly plant Vance which is just seven miles away from the battery plant in the early 2020s.

“Mercedes-Benz’s decision to build a battery factory and launch electric vehicle production in Alabama will position the state as a leader in a new automotive technology that is poised to dramatically change the direction of the industry,” said Alabama Commerce Secretary Greg Canfield. “We’re proud to call Mercedes a partner, and we’re excited about the future that we are building together in Alabama.”

Ivey was elevated to Governor in April 2017 when then Gov. Robert Bentley resigned. Ivey is seeking her own term as Governor and is emphasizing the economy and unprecedented job growth in the state. She faces Tuscaloosa Mayor Walter “Walt” Maddox (D) in the November 6 general election.

(Original reporting by the Commerce Department’s Jerry Underwood contributed to this report.)