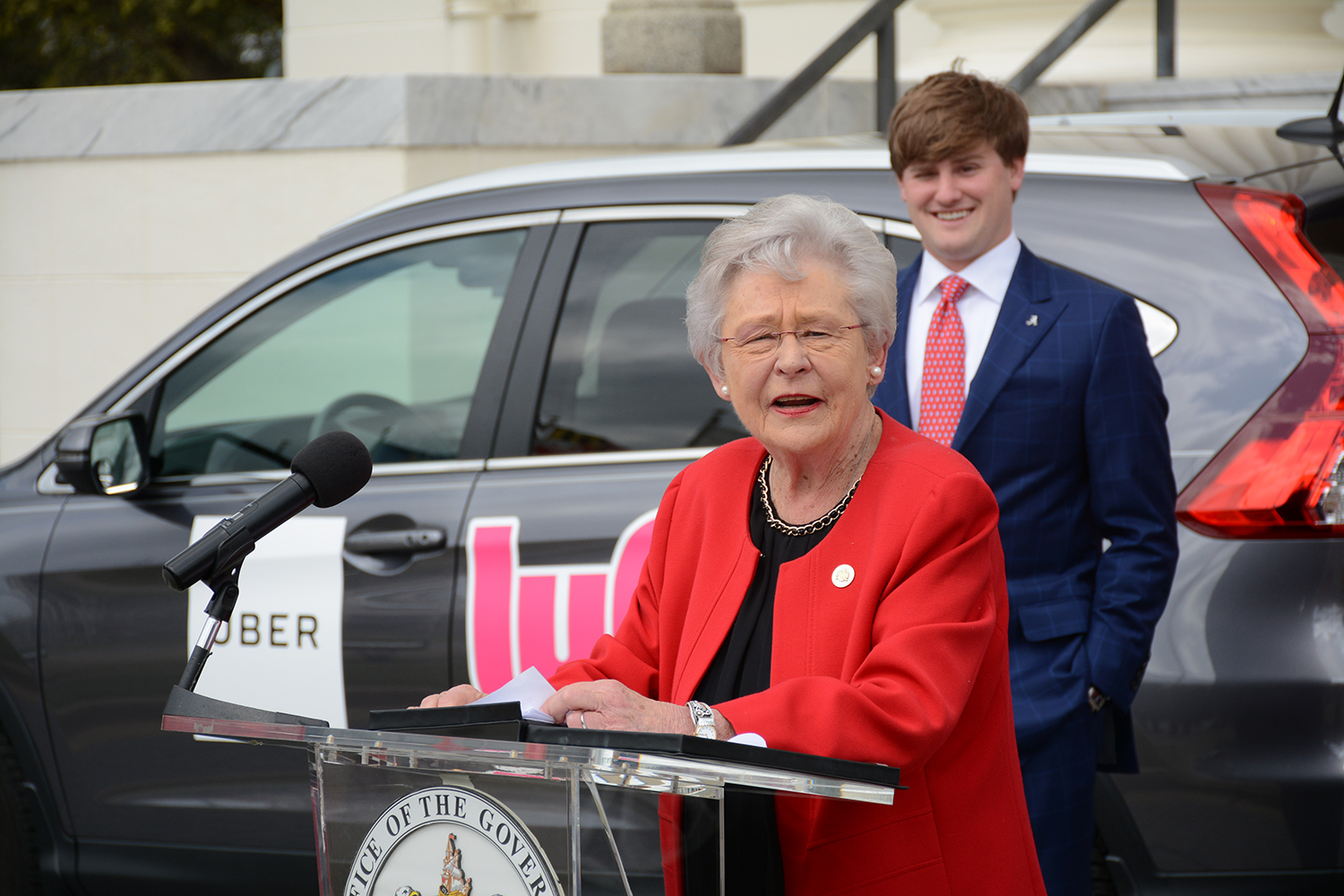 After then-Lt.Gov. Kay Ivey was rushed to a Colorado hospital with stroke-like symptoms, she and her staff attempted a cover-up to keep the public ignorant of her medical condition.

A year ago, when APR reported the emergency hospitalization, Ivey’s staff equivocated and then went to extraordinary lengths to deny, evade and mislead the public about the incident in which Ivey reportedly suffered a series of mini-strokes.

In 2017, former Alabama Law Enforcement Agency Secretary Spencer Collier would not confirm APR‘s report, but with just weeks until the Nov. general election, APR contacted Collier and others about Ivey’s 2015 medical emergency, and this time Collier confirmed Ivey’s hospitalization, the cover-up and the steps taken to punish the trooper who sat by Ivey’s bedside in a Colorado Springs medical facility while she recovered from what was reported as mini-strokes.

Ivey’s hospitalization occurred while attending the Aerospace State Association Annual Meeting in Colorado Springs. She was reportedly hospitalized for three days or more. She was accompanied by Chief of Staff Steve Pelham and Security Officer Thomas Andrew “Drew” Brooks.

Shortly after Ivey replaced disgraced Gov. Robert Bentley, APR asked Ivey’s office about the crisis situation. At the time, her office first denied the event had taken place. Days later when other media outlets pressed the issue, Ivey’s spokesperson said that she had suffered altitude sickness.

This was a ruse Collier said that was first concocted at the time of her hospitalization.

“Initially the trooper was told, ‘don’t tell anyone,’” said Collier. Later, they changed the story by admitting to altitude sickness, according to Collier.

The order to make a false statement to a superior officer was given by Ivey’s Chief of Staff Steve Pelham, according to Collier and others who were familiar with the cover-up.

Immediately upon being informed of Ivey’s hospitalization, Collier says he alerted then-Gov. Bentley who asked to be kept apprised of the ongoing situation.

Collier is currently suing Bentley for wrongful termination, and the Ivey administration has paid over $300,000 to protect Bentley in the suit, which is still ongoing.

Bentley has told close associates that he was fully aware of Ivey’s incident in Colorado as well as other things he claims to be holding.

When Trooper Brooks returned from Colorado, Collier said he was worried about his future because he had not hidden Ivey’s emergency and was afraid of reprisal.

Collier strongly asserts that he is not trying to make an issue with Ivey’s health. “I can relate,” he said.

However, he says the decision to not be truthful was a political decision. “Executive Security Troopers are trained not to focus on political discussions and especially not repeat them. However, a line was clearly crossed when the Trooper was instructed also to be deceitful,” Collier said. “I think the Trooper showed integrity by recognizing that withholding information pertaining to continuity of operations from his chain of command outweighed his concern for maintaining his position as her detail leader.”

But not keeping Ivey’s secret did have consequences for Brooks.

“I received a call from her [Ivey] one morning not long after the Colorado incident, and I mean early, like six in the morning, to meet her at Balch & Bingham in Montgomery,” Collier said. The meeting at a private law office was unusual but that Ivey frequently called him directly on security matters rather than following the proper chain of command.

“Of course I immediately was concerned and thought it was a law enforcement issue. I got up, got dressed, and met her in a private office at Balch & Bingham,” he recalled. “She wanted that particular trooper [Brooks] transferred that day, effective. She stated that it was over a breach in her security protocol. She basically accused the trooper of trying to hack into her email. So she wanted him transferred.”

Collier also said he didn’t believe Ivey’s explanation for reassigning Brooks. “I did not believe Gov. Ivey’s explanation that he attempted to access her email. Such behavior would have warranted an internal investigation, and she very clearly did not want that to happen.”

Colorado Springs, located at the eastern foot of the Rocky Mountains is 6,035 feet above sea level. Ivey traveled to Colorado Springs from Montgomery where the elevation is only 240 feet. However, according to the Cleveland Clinic, “altitude sickness, also called mountain sickness, is a group of general symptoms that are brought on by climbing or walking to a higher and higher altitude (elevation) too quickly. Altitude sickness can affect anyone who goes to high altitudes without giving the body time to adjust to the changes in air pressure and oxygen level. High altitude is defined as 8,000 – 12,000 feet above sea level. Very high altitude is 12,000 – 18,000 feet and altitudes above 18,000 feet are considered extremely high altitude.”

According to the Cleveland Clinic, “Severe altitude sickness is an emergency situation, and the affected person must be taken to a lower altitude immediately.”

However, Ivey remained in Colorado Springs, 2,000 feet below what the Cleveland Clinic determines as high altitude.

Collier says the trooper’s report, which should still be on file at ALEA, list TIAs as the cause of Ivey’s three day emergency hospitalization. TIA stands for Transient Ischemic Attacks often referred to as “Mini Stokes.” The Stroke Association points out that these temporary episodes are more appropriately called “warning stroke…because they can indicate the likelihood of a coming stroke.” About 1 in 3 people who has a TIA goes on to experience a subsequent stroke.”

He also says text messages and emails between her office at the time of the incident will confirm his story. However, he expects the Ivey administration to deny his account. Collier says he is willing to take a polygraph test and challenges Ivey and Pelham to do the same.

During the Republican primary, GOP State Sen. Bill Hightower challenged Ivey and other gubernatorial candidates to release their medical records. Ivey, after brushing off Hightower’s challenge, did eventually provide a statement from a doctor who also happened to be one of her campaign contributors.

Why Ivey and her staff felt compelled to cover-up her hospitalization and then lie to the media is unclear. Perhaps more disturbing was her move to demote a trooper for following protocol to secure her safety.

Gov. Ivey refuses to answer our questions about her health

Why does the Ivey Administration continue to mislead the public and press?