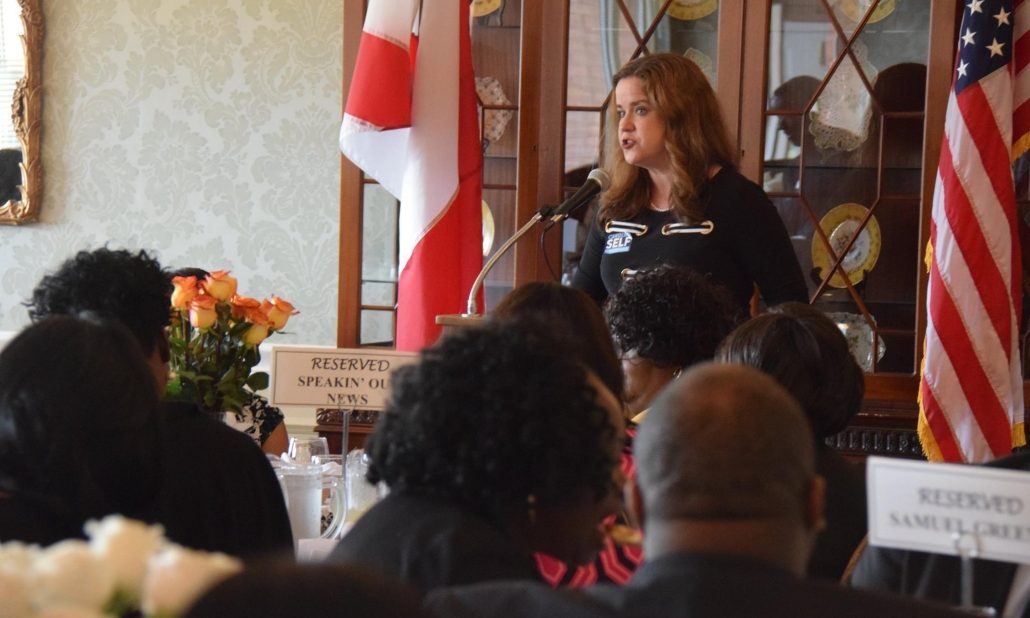 Florence native Democrat Caroline Self will face off on Tuesday against incumbent Republican State Sen. Tim Melson to see who will represent Senate District 1 for the next four years. But there may be a problem with Self’s eligibility under state law.

Self’s campaign website reads, “An Alabama native, Caroline grew up on a farm outside of Florence and inherited a passion for public service from her parents and grandparents, who all worked tirelessly to make North Alabama a better place and to help provide opportunities to all. Growing up, Caroline knew she would pursue a career in public service.” It further states, “In 2017, no longer content with only telling stories, Caroline decided to return home to Alabama to work to make the stories of Alabamians better.”

Self’s online bio says she returned to Alabama in 2017.

Self, according to her official website, returned to Alabama in 2017. Article IV Section 47 says a senator “shall have been citizens and residents of this state for three years.”

If Self’s campaign website is accurate, she has not lived in Alabama for the three years prior to the election as required by state law.

A web-search shows a 2017 current address in Florence, as well as a New York City address from 2015.

Neither Self or the Secretary of State could be reached for this report.

According to her website, Self, “worked all over the country as a producer and editor on television series for CBS, ABC, FOX, Bravo, Lifetime, Discovery, Facebook and MTV. She has worked as an Executive Producer on such series as ‘The Real Housewives of New Jersey,’ ‘Manzo’d with Children’ and ‘Blood, Sweat and Heels.’”

APR will follow up on this report as more information becomes available.