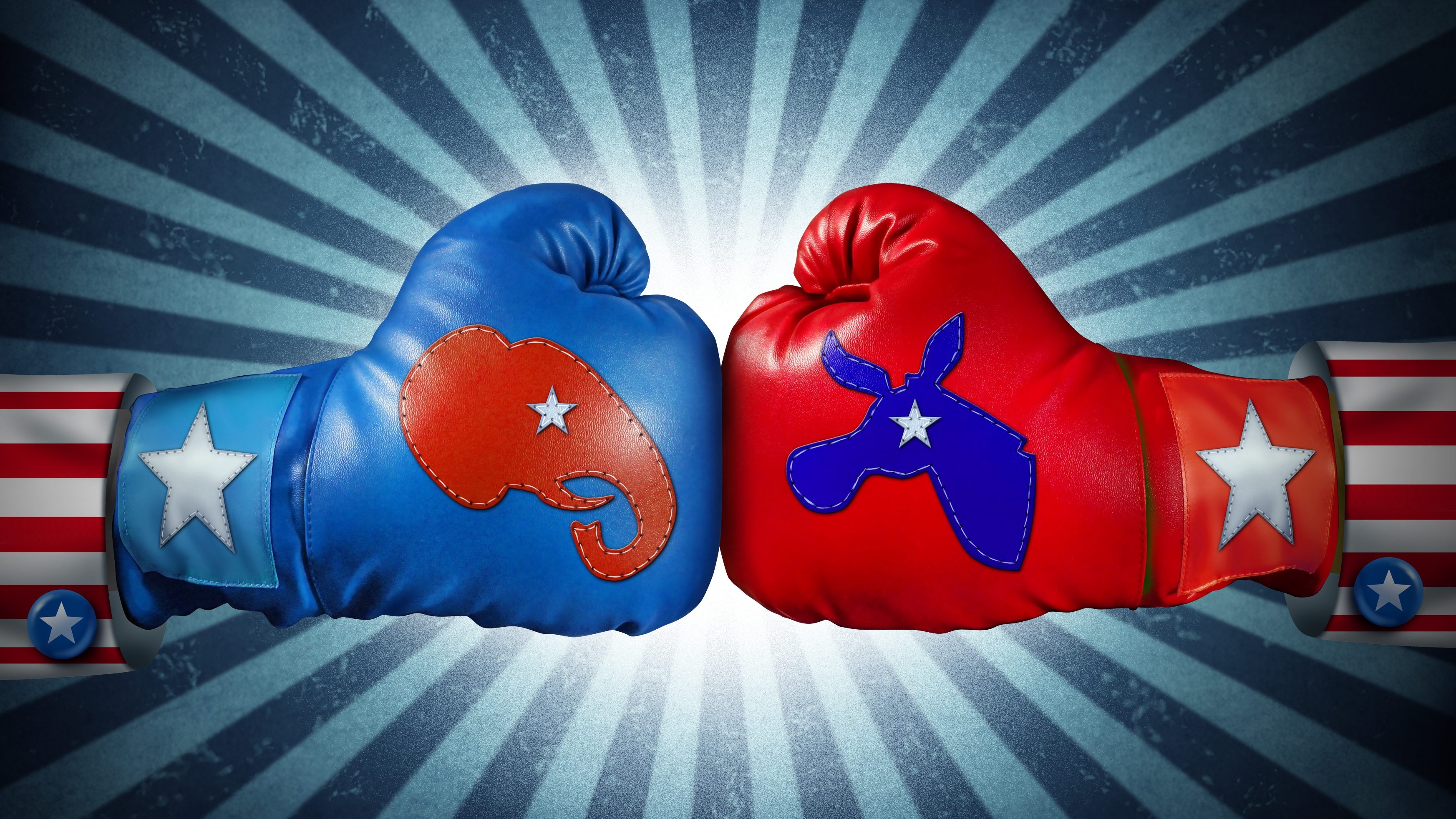 American election campaign fight as Republican versus Democrat as two boxing gloves with the elephant and donkey symbol stitched fighting for the vote of the United states presidential and government seat.

Mere hours ahead of election results, state Democrats are hoping some of the national momentum shows up in the Heart of Dixie.

According to a new Morning Consult/POLITICO Poll, Democrats are motivated and angry, but in Alabama, so are Republicans.

“Roughly three in five (59 percent) Democrats say they feel angry about the midterms, compared to 30 percent of Republicans who say the same,” according to the Morning Consult survey released November 5.

But Republicans in Alabama are expressing similar anger over the confirmation hearings of now-Justice Brett Kavanaugh in which Democrats used a guilty until proven innocent strategy in hopes of denying President Trump another conservative pick for the Supreme Court.

Republican judicial candidates in the state saw a jump in support following the Kavanaugh hearing, according to private polling.

While there are a few competitive races, there are few signs of any significant upsets this evening.

In the northwest part of the state, Democrat Johnny Mac Morrow is expected to give incumbent Republican Dr. Larry Stutts fierce competition for Senate District 6.

The same is expected in Etowah County where Craig Ford, an Independent, is looking to defeat newcomer Andrew Jones, a Republican, for Senate District 10.

In an interview with APR, Secretary of State John Merrill also cited, “heavily contested State House races in Jefferson County, as well as in south Alabama, as potential drivers of voter turnout. We have pockets that might pull some people out; otherwise, you’re just going to have people that come out because it’s the general and they have a chance to vote between the Democrats and the Republicans.”

Amendment One allows for the Ten Commandments to be displayed on public property so long as the display meets constitutional requirements, such as being displayed along with historical or educational items.

Amendment Two reaffirms that Alabama is a pro-life state and opposes abortion.

Having these two hot-button issues on the ballot will drive evangelicals and like-minded supporters to the polls.

President Trump holds a 62 percent approval rating with just 34 percent saying they disapprove of the president, according to Morning Consult tracking poll.

With 57 percent of Republicans and 50 percent of Democrats saying they are thinking about Trump “a lot” when casting their vote, Republicans should finish the night with strong wins across the board in Alabama.

The full results are also available at morningconsult.com.