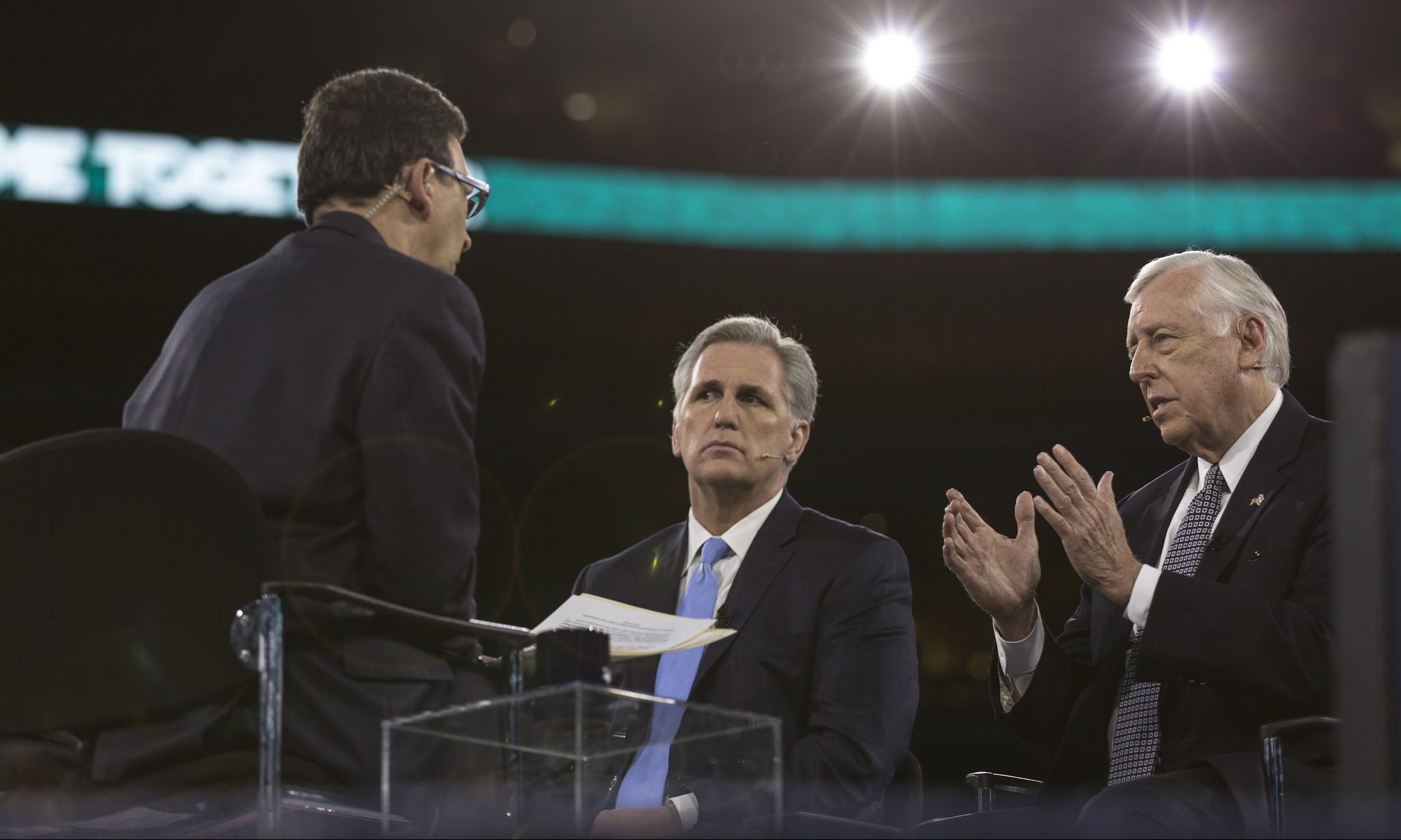 The U.S. House Republican Caucus voted Wednesday 159 to 43 to elect U.S. Representative Kevin McCarthy (R-California) as their new minority leader for the next Congress. House Republicans prepare for life as the minority party for the first time in eight years.

McCarthy was the majority leader for the past four years. He easily defeated Rep. Jim Jordan (R-Ohio). Jordan co-founded of the conservative Freedom Caucus. The vote occurred during a closed-door, secret-ballot election in the Ways and Means Committee room.

The vote was 159 to 43. While it takes 218 votes to become Speaker of the House, McCarthy only needed a simple majority of votes from his GOP colleagues to become minority leader.

Outgoing Speaker of the House Paul Ryan (R-Wisconsin) did not seek another term to his House seat.

“We have a new role and a new mission in the House, and this group is well-equipped to meet the challenge,” Speaker Ryan said. “I know they will defend the significant policy achievements of the last two years, find areas of common ground where possible, and draw a stark contrast with the new liberal majority. This team has the experience, skill, and steadiness to guide us back to the majority, and I congratulate them all on their new positions. In particular, it gives me great confidence as I depart knowing this conference is in good hands with my friend Kevin McCarthy at the top. Bright days are ahead for this team.”

Alabama Congressman Gary Palmer (R-Hoover) was elected Chair of Policy for the House Republican Caucus.  Prior to his election to Congress, Palmer was cofounder and President of the Alabama Policy Institute (API).

This means Democrats will pick the next Speaker of the House, likely Rep. Nancy Pelosi (D-California) and will pick the chairs of all the House committees. They also have the votes to pass Democratic legislation to the Senate, including the impeachment of President Donald Trump (R).
Congressman Bradley Byrne predicted that it would be “crazy season” in the House.

“Crazy is just one way to put it,” Byrne said on social media. “The Democrat agenda will attempt to undermine the President and all that we have accomplished. I will continue to focus on issues that actually matter like rebuilding our military, growing our economy, and securing our borders.”

McCarthy addressed reporters in a news conference following the vote, vowing to retake control of the House in 2020.

While Republicans controlled the House of Representatives for 8 years, they only controlled the U.S. Senate for four years, and Donald J. Trump has only been President for the last two. Despite controlling both Congress and the White House efforts to repeal Obamacare stalled in the Senate; President Trump’s promised border wall never went anywhere in Congress, and the GOP House Caucus was hopelessly divided on how to proceed with immigration reform. The rules of the Senate and the narrow Senate majority meant that many pieces of legislation that passed the more conservative Republican controlled House of Representatives died in the Senate. Trump was not the first choice of many members of the Congress and there was often friction between the House and the White House. Dissatisfaction with Trump, particularly in suburban America, was a factor in last week’s many GOP losses.

(Original reporting by Fox News, Politico, and the Yellowhammer News contributed to this report.)