After March for Life, Roby says "we must stand for life"

Opinion | Among the prefiled GOP garbage, there is one good bill 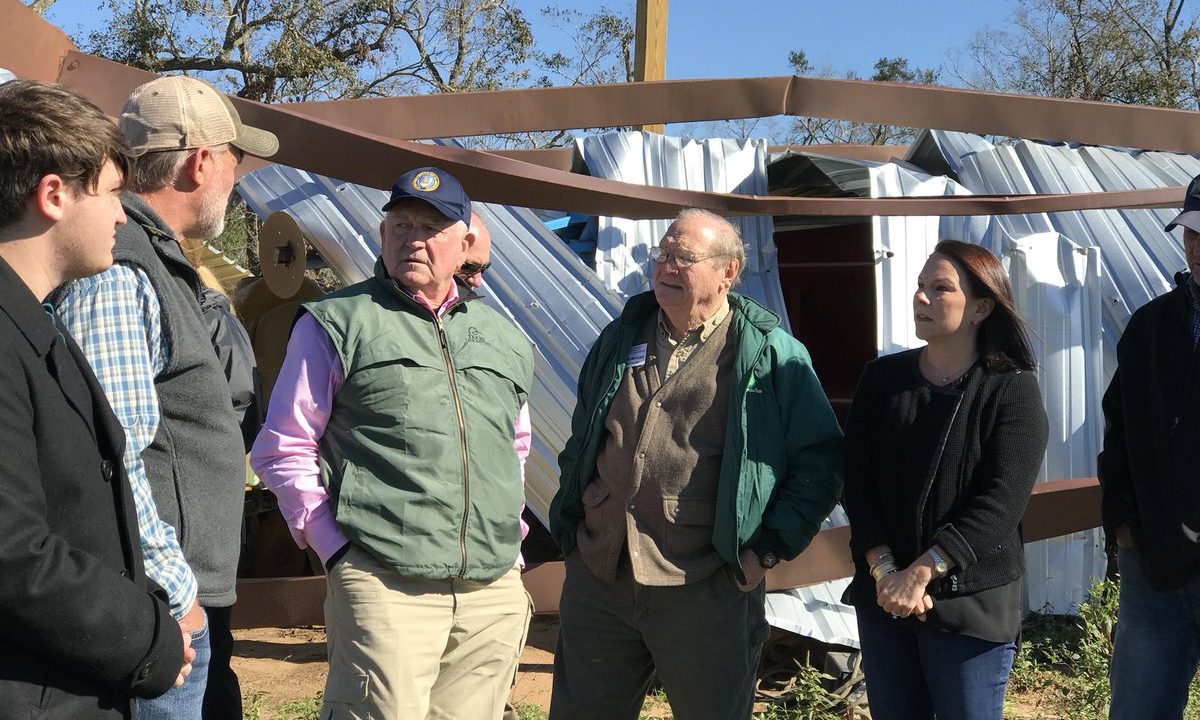 “We’ve got an unusual situation here,” Perdue said. “A lot of pine tree damage that we don’t usually see in these situations. It’s like they lost their 401K.

“Secretary Perdue is a friend to Alabama, and I am deeply grateful that he made this visit happen and participated in this important dialogue with Alabama farmers,” Congresswoman Roby said. “He understands that our state’s farmers need help in the recovery and rebuilding efforts ahead.”

The storm almost completely wiped out the cotton crop, damaged the peanut crops, knocked down miles of livestock fencing, and leveled barns. Losses could exceed $300 million.

“He understood that even though it was the small corner of our state that (was) impacted and he understands Alabama farmers are going to need help to recover,” Roby said.

Roby called the situation a crises and said that she also is working with fellow lawmakers in Washington to secure assistance.

Roby, Perdue, and McMillan visited the McAllister family farm to assess Hurricane Michael damage and held a roundtable with a group of Alabama farmers representing a variety of commodities who were impacted by Hurricane Michael in October to discuss the disaster.
Representative Roby thanked Secretary Perdue for making a trip to Alabama and reaffirmed her commitment to helping farmers rebuild.

“I will work alongside Secretary Perdue and my colleagues in Congress to provide the proper resources and assistance to these hardworking men and women,” Roby said. “My job is to be on the front line fighting for Alabama, and we’re making the push to get this done quickly and correctly.”

Sonny Perdue is a former Republican Governor of Georgia.

(Original reporting by WTVY Channel 4 TV contributed to this report.)

After March for Life, Roby says “we must stand for life”

Opinion | Among the prefiled GOP garbage, there is one good bill