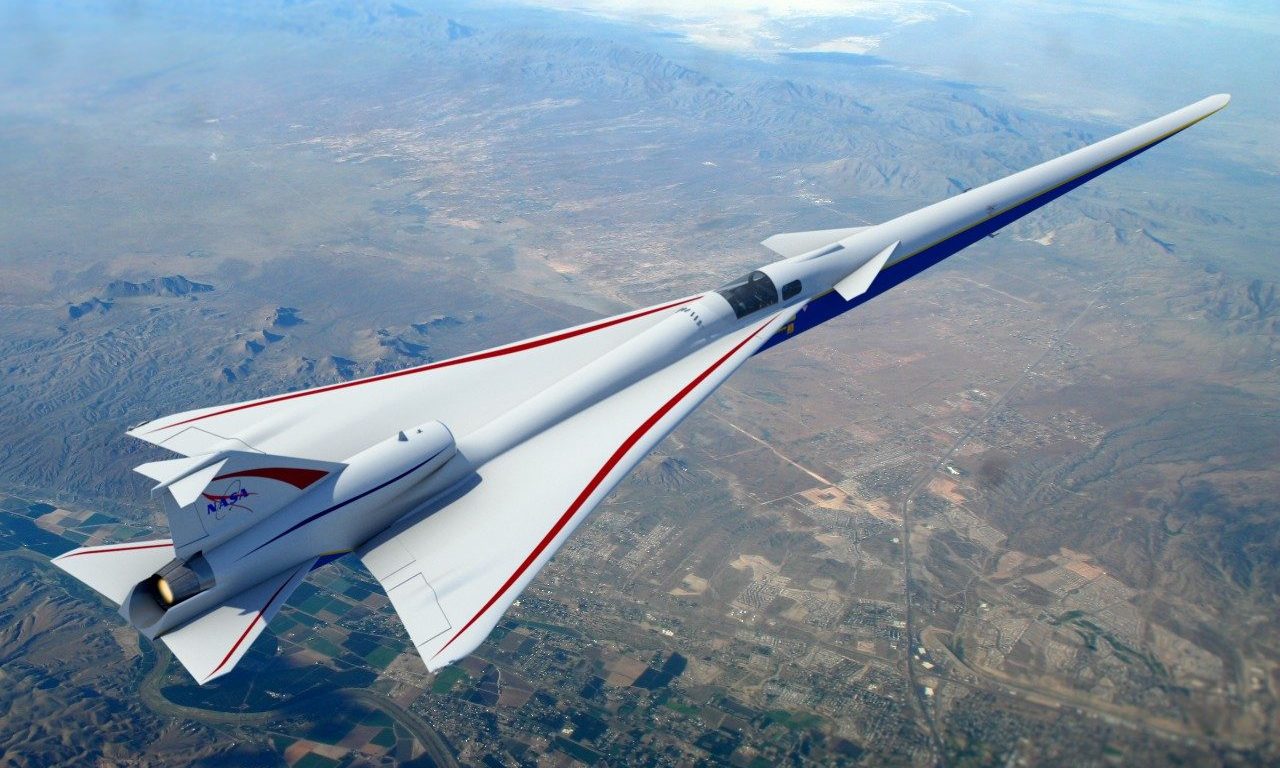 Tuesday, NASA announced that it has officially committed to a development timeline that will lead to the first flight of its X-59 Quiet Supersonic Technology (QueSST) aircraft in just three years.

From the Wright Brothers to the first jets aircraft grew faster and faster. On October 14, 1947 legendary Air Force test pilot Chuck Yeager became the first human being to fly faster than the speed of sound (Mach one) in a rocket powered Bell X-1. By the Korean War, just a few years later, military jet aircraft were routinely breaking the sound barrier during normal operations. The Lockheed SR-71 Blackbird long range reconnaissance aircraft first flew on December 22, 1964. It could travel in excess of three times the speed of sound (Mach three). The Blackbird’s top speed was reportedly 2,193 miles per hour. The Aerospatiale/BAC Concorde was the first commercial jetliner that flew in excess of the speed of sound. It flew for the first time in 1969 and had a top speed of 1,354 miles per hour (Mach two). It flew on regular passenger service from 1976 to 2003. It and the Soviet Union’s Tupolev Tu-144, which operated from 1977 to 1978 are the only commercial aircraft to routinely operate faster than the speed of sound. The maximum speed of a Cessna Citation C is 700 miles per hour )mach .935); but today’s commercial aircraft never cross the sound barrier. The Boeing 747 first flew in 1969. The various 747 variants had a maximum cruising speed of approximately 570 miles per hour. 49 years have passed and the Boeing 787 is not much faster and (like all other jetliners currently in service) is designed never to break the sound barrier.

The problem is the sonic booms that are heard miles away and can even break windows if the plane is too close to buildings. The Concorde was not allowed on many overland routes because of the sonic booms. It was a very loud aircraft. NASA hopes to resolve the sonic boom issue. The X-59 will not the fastest plane ever built; but NASA hopes that it will be the quietest supersonic aircraft built to date.

The decision to move forward with the is critical milestone in the project that comes only after a rigorous review. Key Decision Point-C (KDP-C) confirmed NASA’s continued support of the X-59, in terms of funding, and established an achievable development timeline for NASA’s first piloted, full-size X-plane in more than three decades.

“This aircraft has the potential to transform aviation in the United States and around the world by making faster-than-sound air travel over land possible for everyone,” said NASA Administrator Jim Bridenstine. “We can’t wait to see this bird fly!”

KDP-C commits NASA to the full X-59 development effort through flight-testing in 2021. The cost and schedule commitments outlined in KDP-C aligns the project with program management best practices that account for potential technical risks and budgetary uncertainty beyond the project’s control.

“This is a monumental milestone for the project,” said Jaiwon Shin, NASA’s associate administrator for aeronautics. “I’m extremely proud of the team for its hard work getting to this point, and we all look forward to watching this aircraft take shape and then take flight.”

The X-59 QueSST is shaped to reduce the loudness of a sonic boom to that of a gentle thump, if it’s heard at all. The supersonic aircraft will be flown above select U.S. communities to measure public perception of the noise. That data will help regulators establish new rules for commercial supersonic air travel over land.

Alabama is increasingly a hub for the aerospace industry in both research and manufacturing.