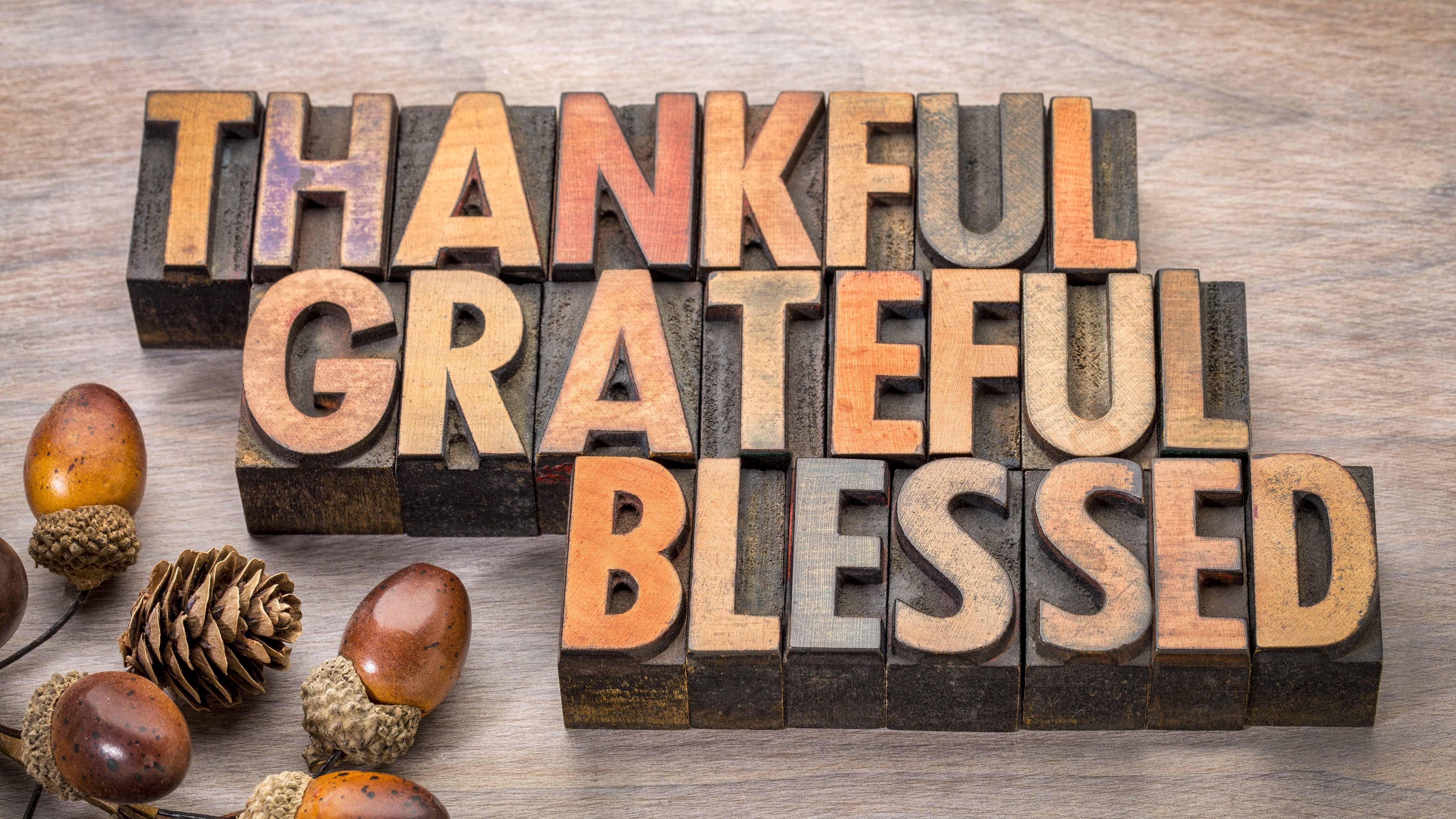 It’s important to be thankful.

I know that sounds trite and that your immediate reaction was to roll your eyes and mutter “oh, great, a stupid Thanksgiving column,” but give me a second.

This is not an attempt to recast reality or try to put a pretty bow on a steaming pile of horse manure simply because the calendar says today’s a holiday. Not at all.

Instead, it’s just a little dose of reality that we don’t get enough.

For example, if you’re indoors (or could be) right now reading this, you’re better off than nearly 70 percent of the world’s population. That’s how many lack shelter with permanent walls.

If you ate until you were full on Thursday, you had a better day than nearly 800 million of your fellow humans. Because that’s how many lack enough food to maintain their health.

If you aren’t sick currently, you’re doing better than — and this one astounded me — more than 95 percent of the world. That’s how many of us are typically sick at a given time. And only 1 in 20 people are healthy at any point in the year.

This is the reality of the world we live in. And we should remember it more.

We also shouldn’t allow the constant barrage of political news to suck the joy out of everyday living.

But that seems to be what’s happening with a lot of my more progressive friends. They have allowed some gerbil-haired, orange oaf and his minions of ignorance and greed to control their moods every day.

They are consumed by the urgent, breaking news stories about whatever dumb thing Donald Trump has done or said, or whichever lowlife conman in his administration has been indicted now, and they can’t break free.

They’re angry, and afraid, and on edge all day.

But mostly, they’re just unhappy. And that’s no way to live.

No matter how dark this country has gotten in its history — and there have been some awfully dark days — it has been the progressives who dragged it out of the muck and filth and set a course for future growth and success.

We cleaned up a depression. We made sure soldiers got their due. We helped seniors eat and pay the rent. We made sure the poor and afflicted could see a doctor. And we fixed the last economic catastrophe caused by the last bumbling goober who convinced working people that “trickle down” was good policy.

Yes, it’s hard work. And yes, it can be scary and infuriating at times — mostly because we have to deal with not only the crooks but the everyday imbeciles who buy the snake oil and are willing to fight anyone who criticized the salesman.

But we’re going to be fine.

Trust me, America has already started its turn back to sanity. Democrats, running on a pro-Obamacare/anti-Trump platform, crushed in the midterms, picking up 40 seats so far and earning more than 8 million more votes.

Even in Alabama, where things look the bleakest for sensible people, all is not lost. Because while ALGOP lies plenty, math never does. And the current Republican-dominated Legislature is about to have to fix a $700 million budget hole with no taxes, no gambling and nowhere left to cut.

The reality of straight-ticket voting is about to hit home for 60 percent of this state. But hey, congrats, y’all stuck it to the libs on election day… by not voting for people who had plans to fix things.

Maybe the mistake won’t be repeated next time. There were viable options for voters this past election, and there will be more next time. And hopefully, a better Alabama Democratic organization to run things.

But no matter. Even if all of that falls through and Trump is re-elected in 2020 and never impeached, life is still pretty good.

We’re going to keep working every day to make ours better and to lift those who need it. We’re going to make sure the least of us are protected, that minorities get equal rights, that this country upholds its promises of fairness and justice and that there are still a few people willing to change the waiting room TVs from Fox to an actual news channel.

We know well that our lives and the entire world will never be perfect.

But we should remember a lot more often that good is not the enemy of perfect.

And most of our lives, when we stop and take stock, are pretty damn good.