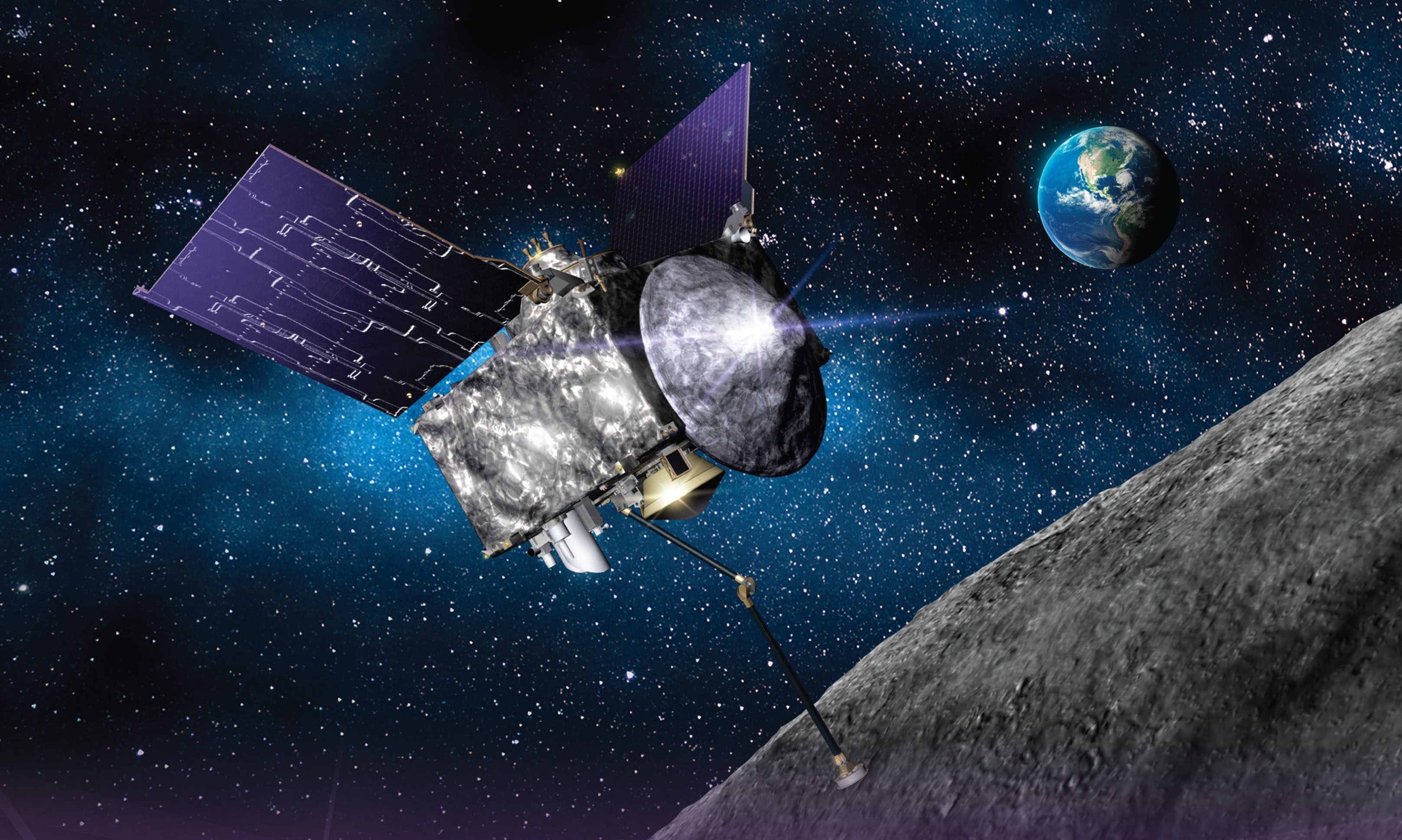 During the mission’s approach phase, between mid-August and early December, the spacecraft traveled 1.4 million miles on its journey from Earth to arrive at a location 12 miles from Bennu last week. During this time, the science team on Earth aimed three of the spacecraft’s instruments towards Bennu and began making the mission’s first scientific observations of the asteroid.

Thermal Emission Spectrometer (OTES) reveals that the presence of molecules that contain oxygen and hydrogen atoms bonded together, known as “hydroxyls.” The team suspects that these hydroxyl groups exist globally across the asteroid in water-bearing clay minerals, meaning that at some point, Bennu’s rocky material interacted with water. While Bennu itself is too small to have ever hosted liquid water, the finding does indicate that liquid water was present at some time on Bennu’s parent body, a much larger asteroid.

“The presence of hydrated minerals across the asteroid confirms that Bennu, a remnant from early in the formation of the solar system, is an excellent specimen for the OSIRIS-REx mission to study the composition of primitive volatiles and organics,” said OVIRS deputy instrument scientist Amy Simon at NASA’s Goddard Space Flight Center in Greenbelt, Maryland. “When samples of this material are returned by the mission to Earth in 2023, scientists will receive a treasure trove of new information about the history and evolution of our solar system.”

One outlier from the predicted shape model is the size of the large boulder near Bennu’s south pole. The ground-based shape model calculated this boulder to be at least 33 feet (10 meters) in height. Preliminary calculations from OCAMS observations show that the boulder is closer to 164 feet (50 meters) in height, with a width of approximately 180 feet (55 meters).

Bennu’s surface material is a mix of very rocky, boulder-filled regions and a few relatively smooth regions that lack boulders. However, the quantity of boulders on the surface is higher than expected. The team will make further observations at closer ranges to more accurately assess where a sample can be taken on Bennu to later be returned to Earth. OSIRIS-REx is NASA’s first asteroid sample return mission.