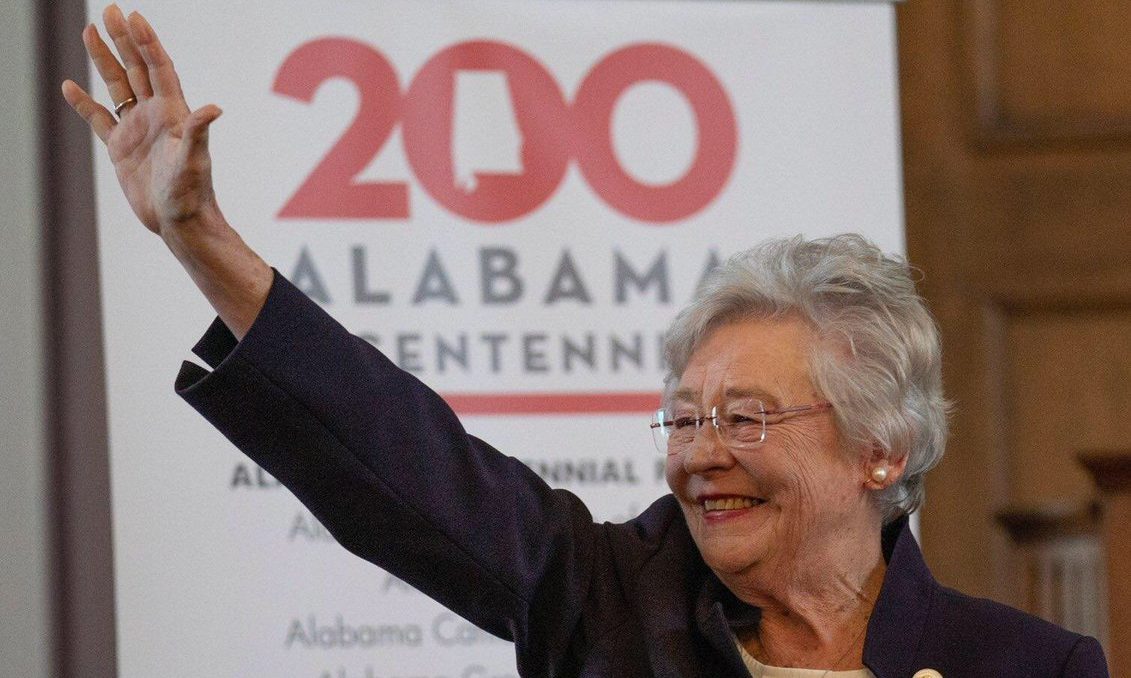 Friday was the 199th anniversary of Alabama’s becoming a state. The occasion was celebrated at a ceremony in the Alabama State Capitol, where Governor Kay Ivey (R) launched the year of Alabama’s bicentennial saying it will be a year to celebrate and educate.

“We have an opportunity in front of us, and just as Alabamians have done for the past 199 years, we will make the most of that opportunity,” Governor Ivey said. “Alabama is defined by its people. It’s that simple. As we near our state’s bicentennial, we recognize that our story of success is told by our people. And that is who we are celebrating: the Alabamians who got us here, all the men and women across our state today and the future generations of Alabamians who will help take us to even greater heights.”

Ivey was joined by children from Pell City’s Eden Elementary and numerous dignitaries from around the state in the historic 1859 Capitol’s House chambers for the event.

Alabama Senator Arthur Orr (R-Athens) is the Chairman of the Alabama Bicentennial Committee. There are over 400 public events and exhibits observing Alabama history planned across the states over the next year.

Although there are hundreds of public events, Orr said that the bicentennial celebration will also have a huge, but more subtle impact on Alabama, from its largest cities to its smallest communities.

“It’s not just celebrations and festivals,” Orr said. “It’s almost impossible to estimate how many thousands of Alabamians are learning more about the state’s history through touring exhibitions, the journeys they are making using the Alabama PastPort book and app, or through the thousand teachers who will have been instructed on ways to teach Alabama history by the end of the Bicentennial.”

In addition to the more than 400 Bicentennial events that will take place before the bicentennial’s culmination on December 14, 2019, in Montgomery; two hundred schools across the state have been selected as Alabama Bicentennial Schools and are putting on bicentennial projects.

Economic developer and Alabama historian Nicole Jones told the Alabama Political Reporter, “The Alabama 200 initiative provides an opportunity to recognize the people, past and present, who have shaped our state. Scores of groups in the public and private sector have donated time and resources to plan 400 events over the course of the next year. Coca-Cola certainly made Friday’s press conference memorable by unveiling the made in Alabama Bicentennial Coke bottles and presenting them to attendees. Everyone left smiling, appreciated, and proud to be an Alabamian.”

The Coca-Cola Christmas polar bear was also present and was very popular with the children who had their pictures made with the iconic character.

The events will include everything from celebrating the 50th anniversary of Alabama’s role in landing a man on the moon to revealing a replica that will show modern Alabamians for the first time what the state’s first capitol looked like in Old Cahawba.

There will be a release of a U.S. Postal Service Alabama Bicentennial forever stamp, special concerts throughout the state, a Native American Bicentennial event in Moundville, the opening of Huntsville’s newly renovated Constitution Village, a tour involving Alabama’s most important documents, events honoring Alabama veterans and the culmination of the year-long celebration in Montgomery with the dedication of the Bicentennial Park in front of the Capitol.

Nicole Jones shared, “And what an appropriate and nostalgic time to mention that in 2019, we will celebrate Alabama’s 200th birthday as well as 50 years of man on the moon. Alabamians have changed the world. The Bicentennial is the perfect occasion to share our history and our story with others.”

Labor Secretary Fitzgerald Washington said that we would like to thank all of our corporate sponsors. This would not have been possible without them.

After the children left, Orr said, “All the children have left the room so there is probably no one here who will be with us for our Tricentennial Celebration.

Governor Ivey said, “Our people have been steadfast in bringing about positive change. Our people define who we are in Alabama this is their story.”

“I can’t imagine what all we will accomplish in our next 200 years,” Ivey said. “I am truly honored to be the Governor of Alabama as we celebrate Alabama’s bicentennial.”