“We received good news that the Army Corps will dedicate $4 million to benefit Dauphin Island by placing dredge material in the Sand Island Beneficial Use Area,” Rep. Byrne said. “Doing this will help support the restoration and long-term stability of Dauphin Island. This has been an ongoing priority for our office for some time now, so I appreciate the help of Senator Richard Shelby in securing this funding. I am committed to working with the Army Corps, Dauphin Island Mayor Jeff Collier, and local leaders to ensure Dauphin Island is protected in the years ahead.”

Dauphin Island is a Gulf Coast town and barrier island, essentially a big sand bar protecting the entrance to Mobile Bay. It is popular with tourists and residents alike for its stretches of white sand and beaches. It is however very vulnerable to hurricanes and rising sea levels.

The Army Corps of Engineers has been tasked with routinely dredging the bar channel which keeps the harbor of Mobile accessible to ocean going shipping. The Corps needs a place for the dredged materials. Expanding the SIBUA to strengthen and protect the residents of Dauphin Island provides a constructive use for that dredged sand.

In September 2004, a modification of the SIBUA was issued to expand the disposal site to include the area around the Sand Island Lighthouse, which is a valuable cultural resource listed on the National Register of Historic Places. Placement of sandy material around the light house’s rubble foundation is beneficial in that it provides protection to the historic structure. In order to continue the beneficial use practices, in December 2008, the USACE expanded the SIBUA extending a 4,500-foot wide southern boundary approximately 2,000 to the south. This expanded area provided for continued placement of sandy material from the Mobile Bar Channel in a manner that returns this material to the local littoral system.

The Corps is proposing to further expand the existing SIBUA by approximately 3,305 acres (to the west towards Dauphin Island) for the continued placement of Mobile Harbor Federal Navigation Channel O&M material. This action would provide for the return of sediment into the littoral system as well as increasing placement capacity in the SIBUA, consistent with established regional sediment management implementation principles and goals. The characteristics of the sediment being dredged and placed ranges from fine to medium grained quartz sand from the Mobile Harbor channel(s).

Greene is facing widespread backlash for engaging with conspiracy theories and appearing to advocate violence in the past. 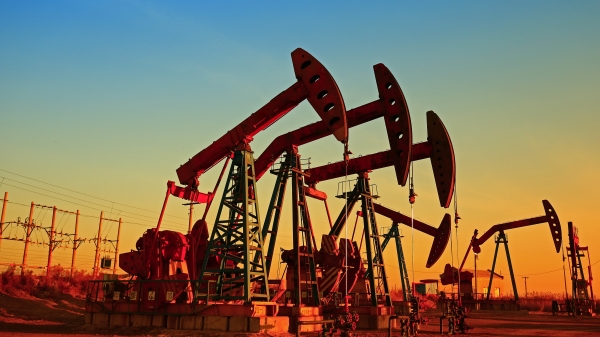 The U.S. is the largest producer of oil and gas in the world. Biden says his policy is necessary to fight climate change.