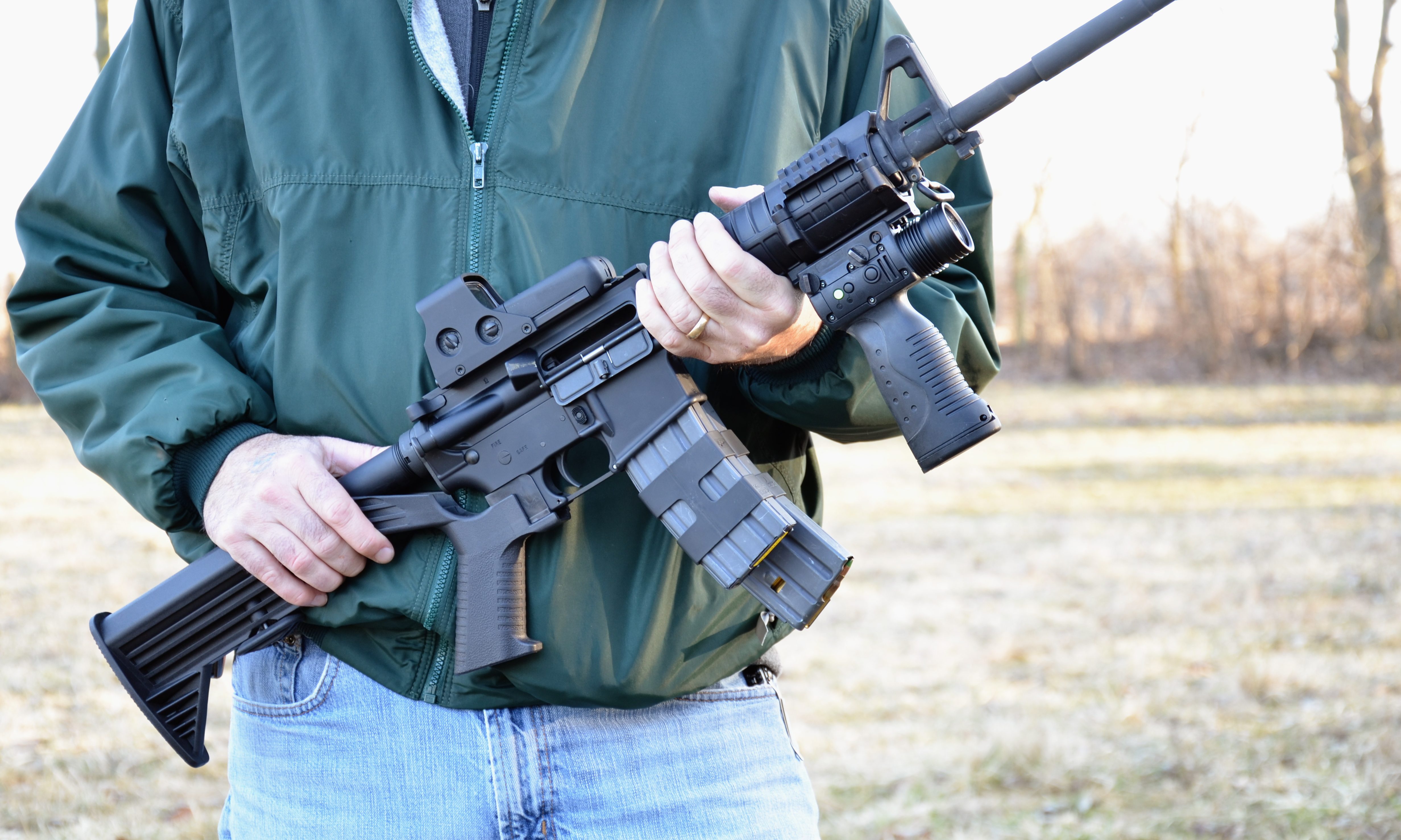 Acting Attorney General Matthew Whitaker announced that the Department of Justice has amended the regulations of the Bureau of Alcohol, Tobacco, Firearms, and Explosives (ATF), clarifying that bump stocks fall within the definition of “machinegun” under federal law, as such devices allow a shooter of a semiautomatic firearm to initiate a continuous firing cycle with a single pull of the trigger.

“President Donald Trump is a law and order president, who has signed into law millions of dollars in funding for law enforcement officers in our schools, and under his strong leadership, the Department of Justice has prosecuted more gun criminals than ever before as we target violent criminals.” Acting Attorney General Whitaker said. “We are faithfully following President Trump’s leadership by making clear that bump stocks, which turn semiautomatics into machine guns, are illegal, and we will continue to take illegal guns off of our streets.”

On February 20, 2018, President Trump issued a memorandum instructing the Attorney General “to dedicate all available resources to… propose for notice and comment a rule banning all devices that turn legal weapons into machine guns.”
In response to that direction from President Trump, the Department reviewed more than 186,000 public comments and made the decision to make clear that the term “machinegun” as used in the National Firearms Act (NFA), as amended, and Gun Control Act (GCA), as amended, includes all bump-stock-type devices that harness recoil energy to facilitate the continued operation of a semiautomatic firearm after a single pull of the trigger.

Because the final rule clarifies that bump-stock-type devices are machineguns, the devices fall within the purview of the NFA and are subject to the restrictions of 18 U.S.C. 922(o). As a result, persons in possession of bump-stock-type devices must divest themselves of the devices before the effective date of the final rule. A current possessor may destroy the device or abandon it at the nearest ATF office, but no compensation will be provided for the device. Any method of destruction must render the device incapable of being readily restored to its intended function.

From the founding of the Republic, U.S. citizens generally were allowed to own military “small arms”. In World War I most soldiers were still equipped with bolt actions rifles, like the American 1903 Springfield or the German 1898 Mauser (G98). While regular soldiers were fumbling with their bolt actions trying to get into bayonet range, much of the killing was done by heavy machine guns. When inventors began to produce machine guns that were air cooled rather than water cooled, they were able to make fully automatic rifles light enough for individual soldiers to carry them into combat.

One of the best of these was the 1918 Thompson Submachine gun. Like almost every rifle that had gone before it, after the war the Thompson was marketed to civilians. Most civilian Thompsons were used by ranchers to shoot nuisance coyotes or prairie dogs; however, in the hands of Prohibition-era gangsters the Thompson became the dreaded “Tommy Gun.”  Gangsters would ride up the street in their automobiles blasting other gangsters and anybody who got in the way with their Tommy guns.

President Franklin D. Roosevelt (D) was determined to end this street violence so proposed the first nationwide gun control measure. The National Rifle Association, at that time more of a shooting sports participants association than the pro-Second Amendment group it is today, agreed and Congress passed the Gun Control Act of 1938 with bipartisan support. That was followed by the Gun Control Act of 1968. Guns like the fully automatic Thompson, the thirty caliber MG, the fifty caliber MG, etc. were restricted to military use only. Existing machine guns in civilian use were grandfathered in and remain in the hands of federally licensed collectors and dealers.

To make matters more complicated many civilian weapons look much like their military counterparts. The defining difference is simply mechanical. Outlawed are guns that, if you pull the trigger in fully automatic mode, the gun will keep firing rounds until the shooter releases the trigger or the magazine or belt runs out of bullets. Any weapon that fires in fully automatic mode can primarily be possessed by the military or a specially licensed collector.

In 1936 frontline American troops began replacing their bolt-action Springfield rifles with the semi-automatic eight round M1 Garand. With a semi-automatic, all you have to do is to pull the trigger over and over again. In the Vietnam War the U.S. military used the M16 a military rifle with a fully automatic setting. The Gun Control Acts of 1936 and 1968 prevent most civilians from obtaining M16s. In 1989 President George H. W. Bush (R) wrote an executive order banning the import of dozens of foreign military rifles such as the Kalashnikov AK-47 and AK-74. Pres. Bill Clinton (D) signed the Assault Weapons Ban in 1994 banning many military-style weapons largely based on appearance and accessories; but that bill included a sunset provision after ten years. That ban was allowed to expire in September 2004. This launched the AR-15 (the semi-automatic version of the M-16) platform as America’s favorite rifle. The AR-15 family of rifles are both legal and commonly used for both police and civilian use.  “America’s rifle”  is being widely mass produced by a number of manufacturers.

Bump stocks are devices that increase the rate of fire of civilian rifles, like the AR-15. Critics contend that the fire rate of a semi-automatic rifle equipped with a bump stock functions more like an illegal machine gun, like the Thompson or the M16. Pres. Barack H Obama’s (D) Administration disagreed and approved the sale of bump-stocks for civilian use.

On Oct. 1, 2017, Stephen Paddock, age 64, opened fire on an open-air concert in Los Vegas from a hotel room killing 59 and wounding over 400. Hundreds more were hurt fleeing the carnage. Paddock’s sizable arsenal at the scene included fourteen AR-15s equipped with bump stocks. He also had eight AR-10s, a bolt action rifle and a revolver.

Legislation to ban bump stocks was introduced in Congress, but failed to pass. Pres. Trump responded by ordering them banned by executive order. This rule by the Justice Department and enforced by the Bureau of Alcohol Tobacco and Firearms is designed to accomplish President Trump’s directive.

The Gun Owners of America (GOA) have filed suit arguing that Trump’s bump stock ban is unconstitutional under the Second Amendment of the Constitution.