Tuesday, December 25 is Christmas. It is a state and federal holiday, so banks, schools, courthouses and other government buildings will be closed, as well as many private businesses.

The holiday celebrates the birth of Jesus of Nazareth over 2,000 years ago. Most Christians believe that Jesus is God made flesh. “For God so loved the world, as to give his only begotten Son; that whosoever believeth in him, may not perish, but may have life everlasting.” (John 3:16)

The story of Jesus’s birth is found in the Gospels of Luke and Matthew, though there are differences in the two accounts.

Luke Chapter 2: “And it came to pass, that in those days there went out a decree from Caesar Augustus, that the whole world should be enrolled. [2] This enrolling was first made by Cyrinus, the governor of Syria. [3] And all went to be enrolled, every one into his own city. [4] And Joseph also went up from Galilee, out of the city of Nazareth into Judea, to the city of David, which is called Bethlehem: because he was of the house and family of David, [5] To be enrolled with Mary his espoused wife, who was with child. [6] And it came to pass, that when they were there, her days were accomplished, that she should be delivered. [7] And she brought forth her firstborn son, and wrapped him up in swaddling clothes, and laid him in a manger; because there was no room for them in the inn. [8] And there were in the same country shepherds watching, and keeping the night watches over their flock. [9] And behold an angel of the Lord stood by them, and the brightness of God shone round about them; and they feared with a great fear. [10] And the angel said to them: Fear not; for, behold, I bring you good tidings of great joy, that shall be to all the people: [11] For, this day, is born to you a Saviour, who is Christ the Lord, in the city of David. [12] And this shall be a sign unto you. You shall find the infant wrapped in swaddling clothes, and laid in a manger. [13] And suddenly there was with the angel a multitude of the heavenly army, praising God, and saying: [14] Glory to God in the highest; and on earth peace to men of good will. [15] And it came to pass, after the angels departed from them into heaven, the shepherds said one to another: Let us go over to Bethlehem, and let us see this word that is come to pass, which the Lord hath shewed to us. [16] And they came with haste; and they found Mary and Joseph, and the infant lying in the manger. [17] And seeing, they understood of the word that had been spoken to them concerning this child. [18] And all that heard, wondered; and at those things that were told them by the shepherds. [19] But Mary kept all these words, pondering them in her heart. [20] And the shepherds returned, glorifying and praising God, for all the things they had heard and seen, as it was told unto them. [21] And after eight days were accomplished, that the child should be circumcised, his name was called JESUS, which was called by the angel, before he was conceived in the womb.” (Gospel of Luke, Douai-Rheims).

The Gospel of Matthew tells of the visitation by three Magi who followed a star to find the child. There is some disagreement among biblical scholars on whether or not the magi arrived at the birth or actually two or three days later; but most people are familiar with the nativity scene that shows both the shepherds and the three “wise men” with their camels at the nativity.

The word for Christmas in late Old English is Cristes Maesse, the Mass of Christ, first found in 1038, and Cristes-messe, in 1131. In Dutch, it is Kerstmis; in Latin, Dies Natalis, whence comes the French Noël and Italian Il natale.

The early Christians probably did not celebrate Christmas as we do today. Christmas was not mentioned by Irenaeus and Tertullian in their lists of feasts. It is actually a Roman tradition to honor and celebrate birthdays, not a Jewish one.

The first evidence of the feast of Christmas is from Egypt. About A.D. 200, Clement of Alexandria, says that certain Egyptian theologians “over curiously” placed the day of Christ’s birth as May 20. Other early theologians placed it as either April 19 or 20. Other Christian communities celebrated it on March 28. Clement tells us that the Basilidians celebrated the Epiphany, and with it, probably, the Nativity, on 15 or 11 Tybi – 10 or 6 January. At some point, however, the celebration became established on 29 Choiak – 25 December. By the late Fourth Century, that became the standard in the western church where it remains to this day. Some Eastern Churches stuck with 6 January, and generations of theologians have debated whether the feast should be December 25 or January 6. By the time of St. Jerome, December 25 was established in the western church. From the Fourth Century, every western calendar assigns it to 25 December.

It is likely that the popular pagan festival of Sol Natalis Invicti, celebrated on 25 December, had a role in establishing the feast of Christ’s birth as December 25. In ancient Babylon, the feast of Horus, the Son of the goddess of nature, Isis, was celebrated on December 25. The holiday was known for heavy partying, feasts, drinking and gift giving. Elements of that older holiday likely influenced the Roman winter solstice celebration. Sol Natalis Invicti was the celebration of the birthday of the unconquered sun. The Christmas tree tradition likely dates to Germanic people bringing evergreen trees in their homes to celebrate the winter solstice, and in many cases, the birth of the god, Mithras, is generally celebrated on December 25. Christmas trees are not introduced into France and Great Britain until approximately 1840. Presents and gift giving likely dates to the pagan holiday.

Pope Leo I, delivering a sermon on Christmas Day in the middle of the Fifth Century said, “Our Saviour, dearly-beloved, was born today: let us be glad. For there is no proper place for sadness, when we keep the birthday of the Life, which destroys the fear of mortality and brings to us the joy of promised eternity. No one is kept from sharing in this happiness. There is for all one common measure of joy, because as our Lord the destroyer of sin and death finds none free from charge, so is He come to free us all. Let the saint exult in that he draws near to victory. Let the sinner be glad in that he is invited to pardon. Let the gentile take courage in that he is called to life.”
December 25 became a major Christian feast day.

In 1223, St. Francis of Assisi made the nativity scene popular. It was an older, ecclesiastical custom, but St. Francis made it popular. The oldest known nativity scene dates to the Fourth Century. In the 13th Century, the manger scene with the holy family, the shepherds, wise men, camels, oxen, donkeys, sheep and angels became fixtures in churches across medieval Christendom and became the Christmas decoration of choice in public squares and private homes.

Christmas carols began as church hymns sung at Christmas mass and dates to at least the 11th Century.

The St. Nicholas and his “reformed” equivalent, Father Christmas, or later – Santa Claus, are probably borrowed straight out of the pagan tradition of the god, Woden, who, with his wife, Berchta, descended on the nights between 25 December and 6 January – later the 12 days of Christmas, on a white horse to bless earth and men. This was celebrated with fires on hills and blazing wheels – wheels were a pagan symbol for the sun – and feasts.

The Catholic Church made the celebration of Christmas a major part of its liturgical year, second in importance only to Easter week.

Early Protestant reformers did not like Christmas at all, and many Protestant Churches did not formally celebrate the holiday for several centuries. Protestants in Scotland abolished Christmas in 1560. In England, during the English Civil War, Puritans replaced the “Book of Common Prayer” with the “Directory for the Public Worship of God” which completely eliminated all things Christmas from the English Church. Christmas was formally outlawed by an Act of Parliament in 1644. It was illegal for shops to close, and plum puddings and mince pies were condemned as heathen. Feasting on the day was denounced, churches were closed that day and December 25 was declared a day of fasting. The Puritans under Oliver Cromwell defeated the Royalists under King Charles I; but the common people strongly disliked the outlawing of their holiday, and a number of pro-Christmas riots were held in the 1640s. In 1647, pro-Christmas rioters protesting working on Christmas day actually seized control of the city of Canterbury, leading to a major insurrection that consumed much of Kent and became part of the Second English Civil War. The Royalists were finally defeated a second time, Charles I was executed and Christmas, again, suppressed throughout the remaining years of Cromwell’s rule as Lord Protector. In 1660, the English monarchy was restored under King Charles II, and with it, Christmas emerged from the shadows. Angry dissenters would call Yuletide “Fooltide” for years. Christmas in England would be sort of a drunken day of feasting for years afterwards; but would make an even more powerful comeback beginning in the 1830s and 1840s.

In America, anti-Christmas Puritans ignored the holiday as Catholic and/or pagan. Largely Anglican or Episcopalian Virginians had it as a day for parties, feasting and hunting. The Catholic Irish, who increasingly were moving to America in greater and greater numbers, treated the day as a religious holiday complete with mass, feasts and nativity scenes. German settlers brought the Christmas tree with them, and by the 1830s, that tradition began to catch on as a distinct American identity began to develop. Alabama was the first state to make Christmas a state holiday in 1836. By the 1850s, town squares all over the United States featured decorated Christmas trees. What had begun as a quaint German tradition was now an American one. By the 1850s, American printers were selling Christmas cards. The Civil War ironically increased the appeal of Christmas as the long time away from home and the brothers lost in the war made family even more important to the returning veterans. By the 1870s, Americans were embracing the ritualistic exchanging of gifts and were importing Christmas ornaments in large quantities from Germany.

Christmas with its emphasis on gift giving, carols, feasts, sentimentality and parties elevated family to almost a national religion unto itself.

Catholic Churches would fill as both parishioners and their non-Catholic neighbors would flood the church on the night of Christmas Eve to pray and celebrate the birth of the savior. Eventually, even the most Calvinist Protestant denominations added Christmas carols, Christmas decoration and even Christmas services. 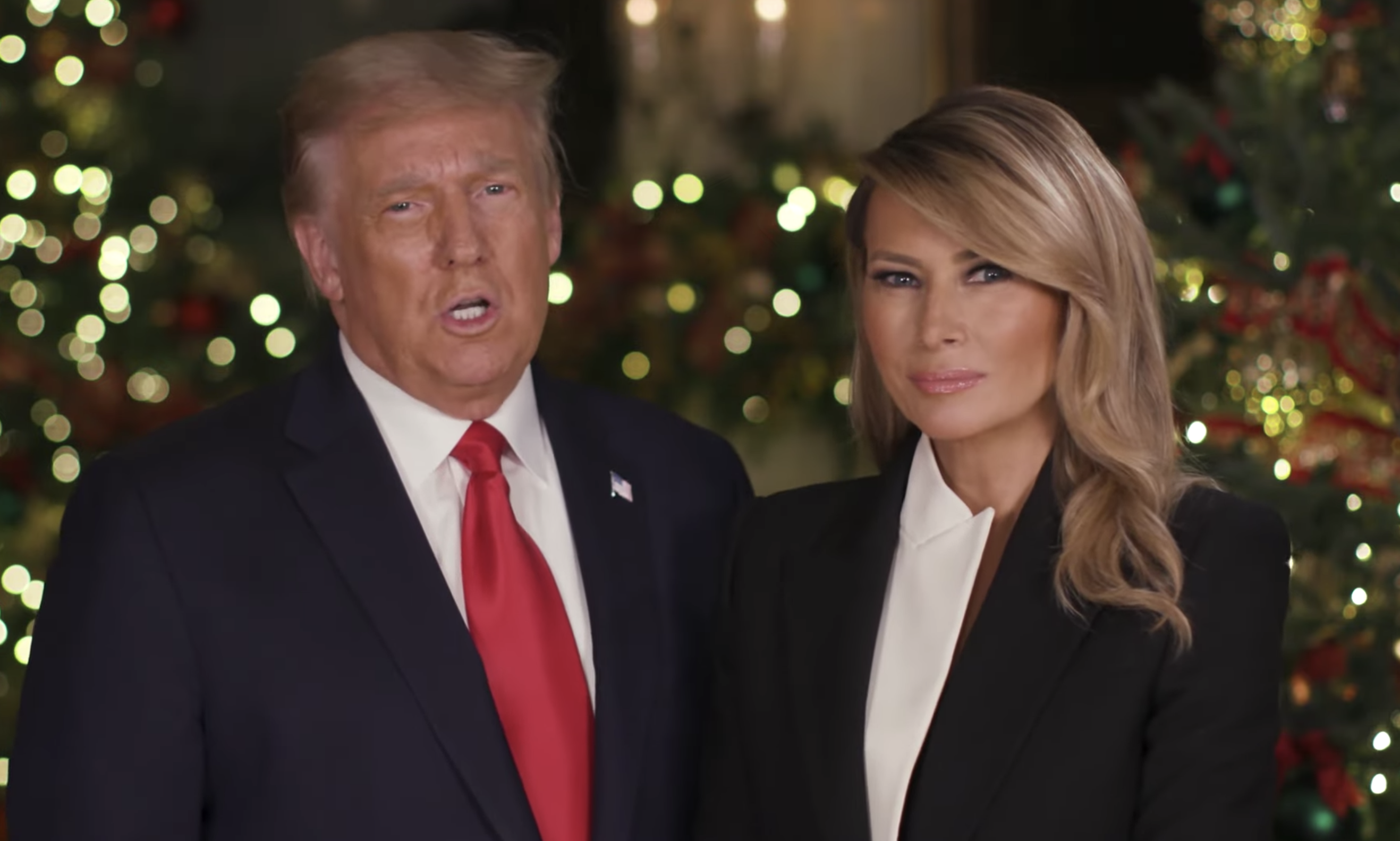 "We are battling a global pandemic that has affected all of us. We have been inspired by the kindness and courage of citizens across... 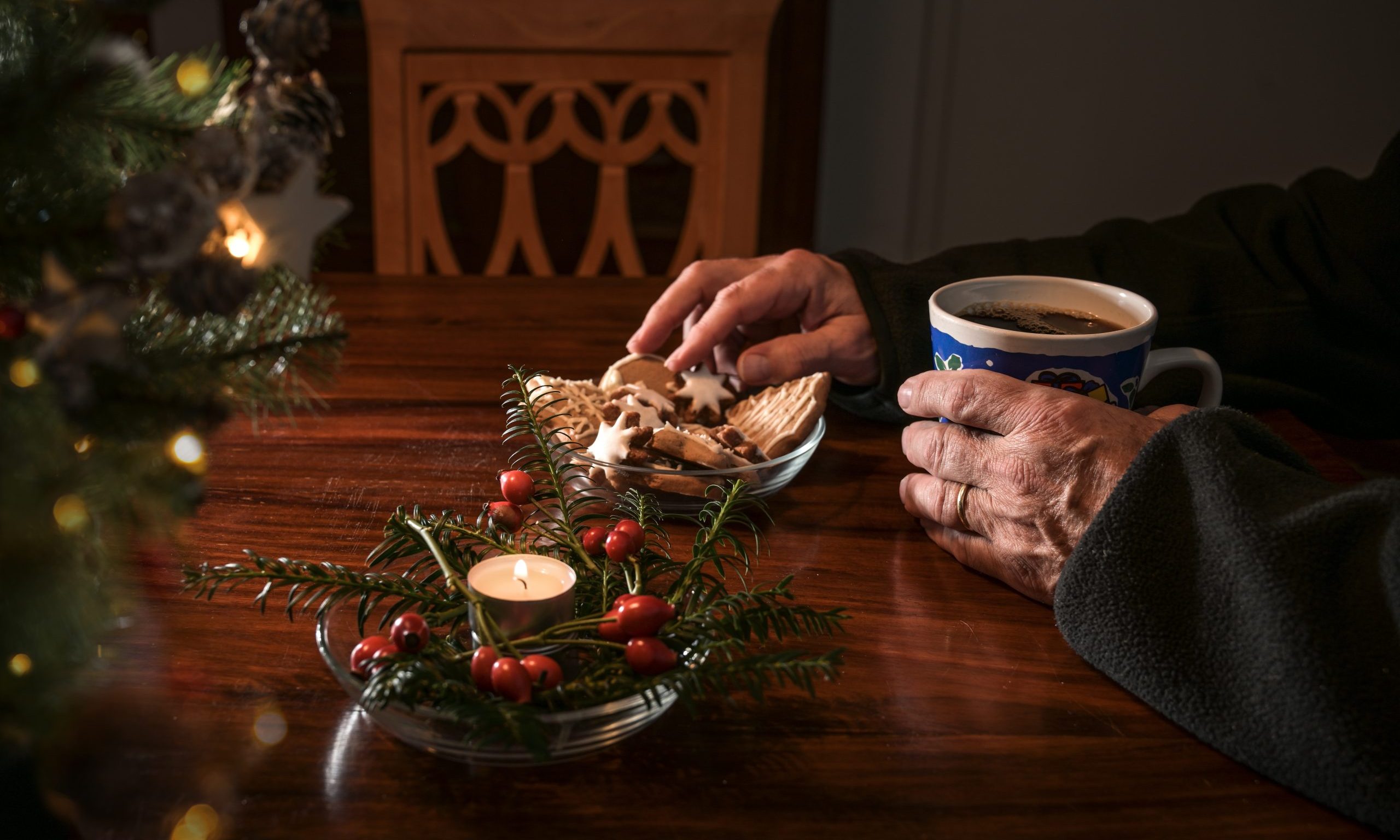 "American's will gather, and where a loved one once sat, there will be an empty chair."