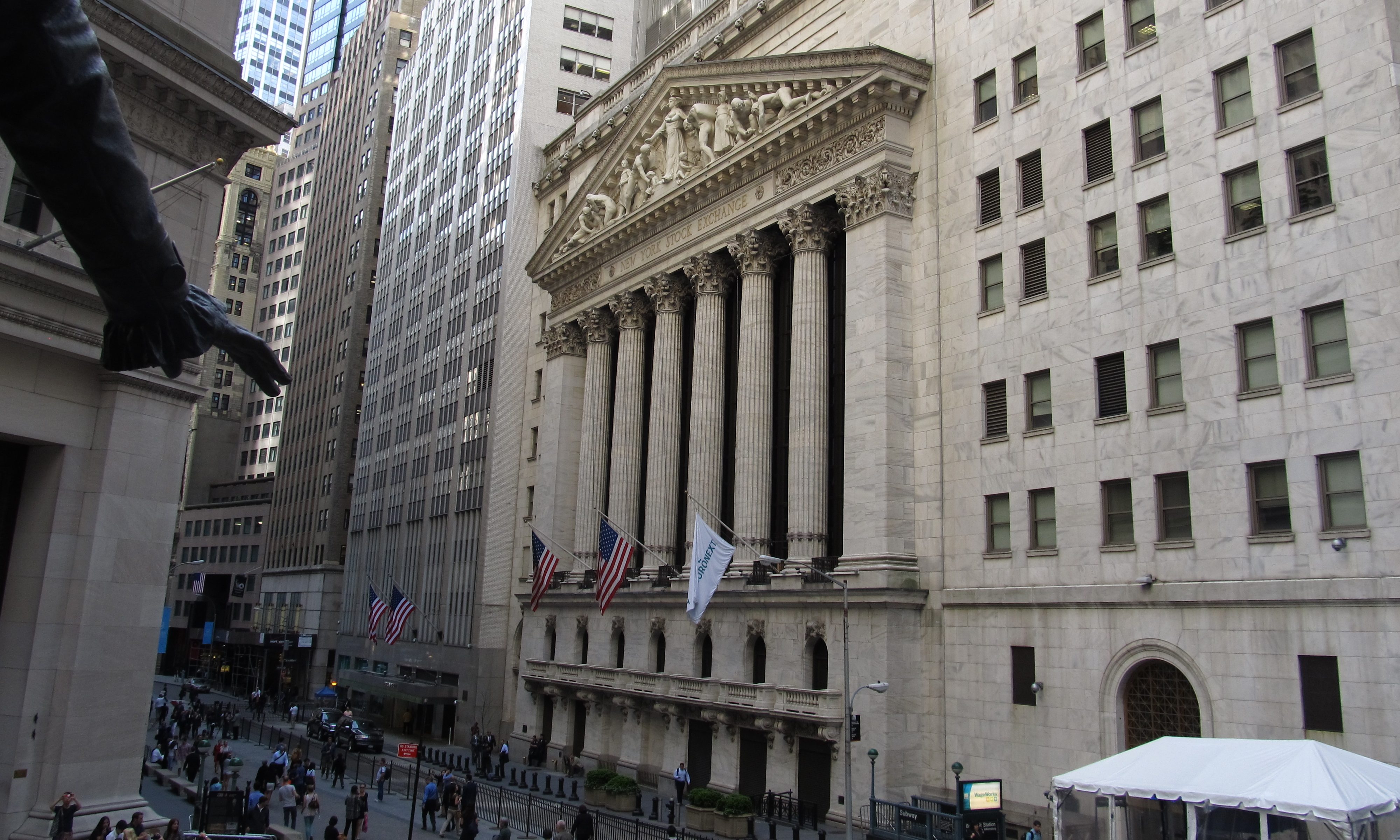 Stocks rebounded Wednesday after getting hammered last week and on Christmas Eve.

The Dow Jones Index gained 1086 points to close at 22,878. That is the largest points gained in a day for the index in history and was a 4.98 percent gain in value on the day.

The Dow had dropped 653 points on Monday after consecutive down trading days. Stocks had been moving down all month, but the selloff accelerated last Wednesday when Federal Reserve Board Chairman Jerome “Jay” Powell announced both an interest rate hike and gave the opinion that the Fed expected to keep raising rates through 2019. When markets closed on Monday the Dow was down 15.52 percent over the month of December.

Markets were closed on Tuesday for the Christmas holiday.

The move to the upside was sparked on Wednesday when retailers reported that this Christmas season was up 5.1 percent over last year’s signaling that consumer confidence is still very high.

The market indexes set all-time record highs in September and October, but turned to the downside over concerns about whether or not those valuations could be justified by corporate earnings and because the price of a barrel of oil has plunged from $75 a barrel in October to just $45 a barrel this week. Retain fuel prices have dropped for 77 consecutive days. Energy stocks were the hardest hit in December and have been among the stocks that are leaders to the downside, though all eleven market sectors were down over the month in Monday’s trading. Oil prices increased 8.8 percent on Wednesday helping fuel the market rebound.

Despite Wednesday’s record gains, stocks, remain down for the month of December and most stocks are still down for the year. While the markets have been exceptionally volatile this year, two million jobs have been created in 2018 and unemployment is down to just 3.7 percent.

There are also persistent concerns by investors that the Federal Reserve’s rate hikes are going to make it more difficult for the government to service the national debt and that higher interest rates on things like mortgages and credit cards could lead to an increase in consumer bankruptcies.

The White House assured the markets over the weekend, that President Donald J. Trump (R) had no plans to fire Jay Powell.

Thursday is the sixth day into a partial government shutdown over the President’s demand that Congress fund a border wall. There are also still considerable international trade tensions, especially with China, weighing on the markets.