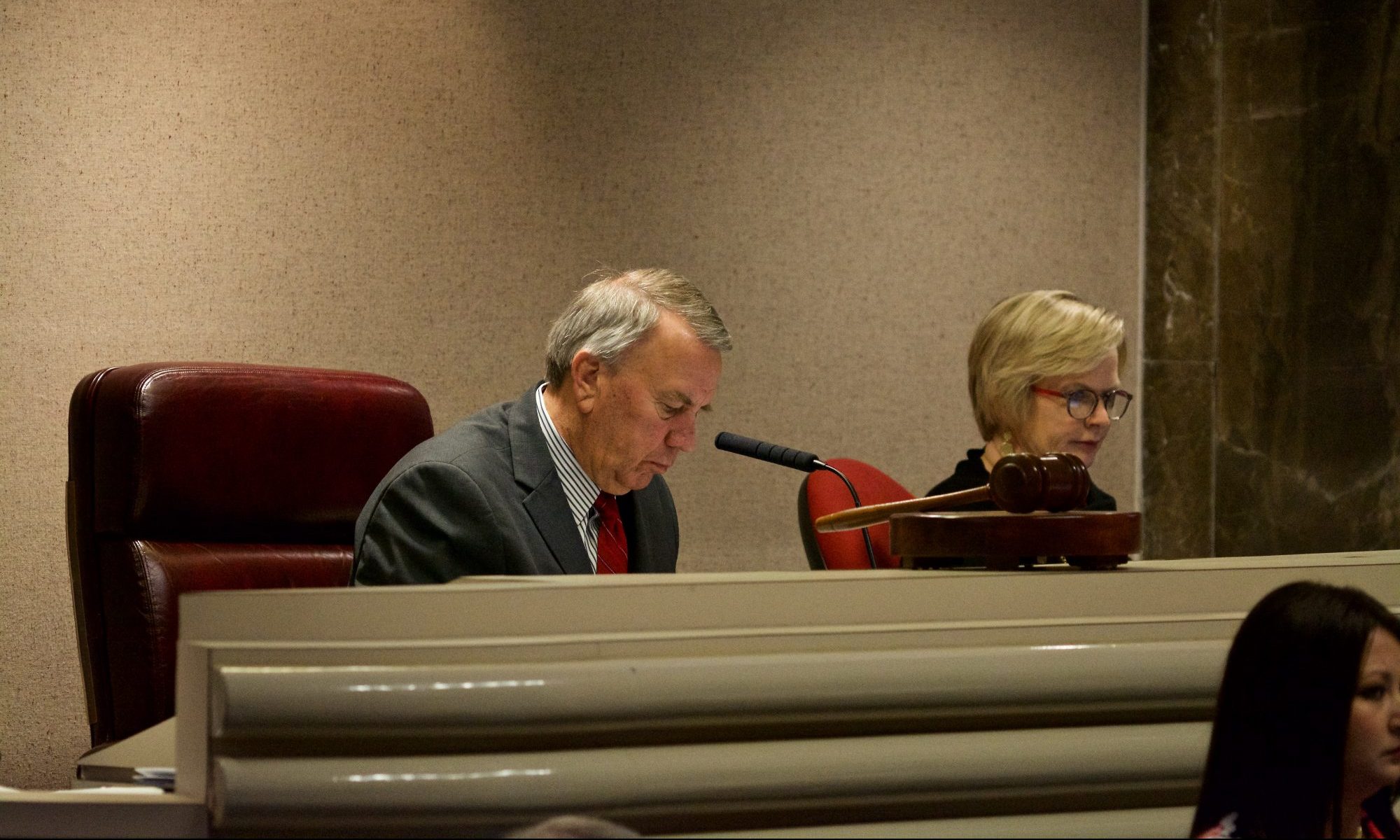 Tuesday, the 2019 Alabama legislature met for the organization session for the new quadrennium. The new legislature was formally sworn in and elected its leadership for the next four years.

State Rep. Mac McCutcheon, R – Monrovia, was elected as Speaker of the House for another four years without any opponent. McCutcheon was nominated by State Representative Connie Rowe, R-Jasper, and Rep. Arnold Mooney, R-Indian Springs, seconded the motion.

Rep. Rowe said that McCutcheon came into the Speaker’s office, “Under difficult and highly publicized circumstances.”

Rowe praised the job that McCutcheon has done and added, “For all of us God has a plan and Mac has found his mission.”

The House overwhelmingly voted to elect McCutcheon and he was sworn in by Speaker of the House Emeritus Seth Hammett (D). McCutcheon thanked the legislature for his election.

“Let me begin by thanking you for the trust and confidence you have placed in me with this election as Speaker of the House,” Speaker McCutcheon said. “Since first assuming this office a few years ago, I have tried hard to preside in a manner that is as fair and impartial as the good Lord above will allow me. You have my promise that the same fairness and impartiality will be in evidence over the next four years.”

“Before I became Speaker, I served as the House Rules Chairman, a position that I enjoyed,” McCutcheon continued. “It was also one that taught me a deep respect for the legislative process and instilled in me a determination to let it work as it was intended. As a legislator you have two choices before you. You can choose to be guided primarily by your own ambitions, desires, and personal interests, or you can choose to be led by a desire to make Alabama a better place for the constituents you represent.”

“In other words, you can choose to be a flash in the pan, or you can build a lasting legacy of goodwill, trust, integrity, and sound policy,” McCutcheon added. “I’ve made my decision and hope you make the same choice. The members in this chamber will not always agree on everything, and there will be moments of tension and discord. At those difficult moments, do not turn your back and walk away in anger. Instead, come to the table, negotiate in good faith, and help work out the differences.”

“To the new members who will cast their first vote today, let me give you a piece of advice. It’s the key to success in this body, and it can be summed up in one word – relationships,” McCutcheon said. “Get to know your fellow members, develop a foxhole friendship during the legislative battles that are sure to come, always have their back and ask that they always have yours in return. If you develop these relationships, do your homework on the issues, and ask questions you think are in need of being asked during debates – you will be successful in this body. “

McCutcheon emphasized his intent to raise money for infrastructure improvements.

“I want this quadrennium to be defined by four simple words – Building a better Alabama,” McCutcheon continued. “That’s not just a phrase. It’s not just a goal. I want it to be our mission. Our state is already great in many ways, but we are going to use the next four years to literally build a better Alabama for all of its citizens. Building a better Alabama means building better roads and better bridges so Alabamians can travel safely and conveniently and businesses can transport their goods without needless delay. Our sister southeastern states have already taken action to address their transportation needs, and we will quickly fall behind them if we do not act now.”

“In closing, let me say that I am a man of faith and grace,” McCutcheon concluded. “I believe each of us has been put in a position of leadership to accomplish God’s will, and each one of us has been chosen for a purpose. We are here to govern with honor, and we are here to follow the rule of law. We are here to serve the people of Alabama to the very best of our abilities…so help us God. Thank you for this honor you have given me today.”

Rep. McCutcheon was elected 98 to 1. Rep. Mary Moore, D-Birmingham, was the lone “No” vote.

The Republican Party has a commanding 77 to 28 super majority following the 2018 election.

The 2019 regular legislative session will begin in March.